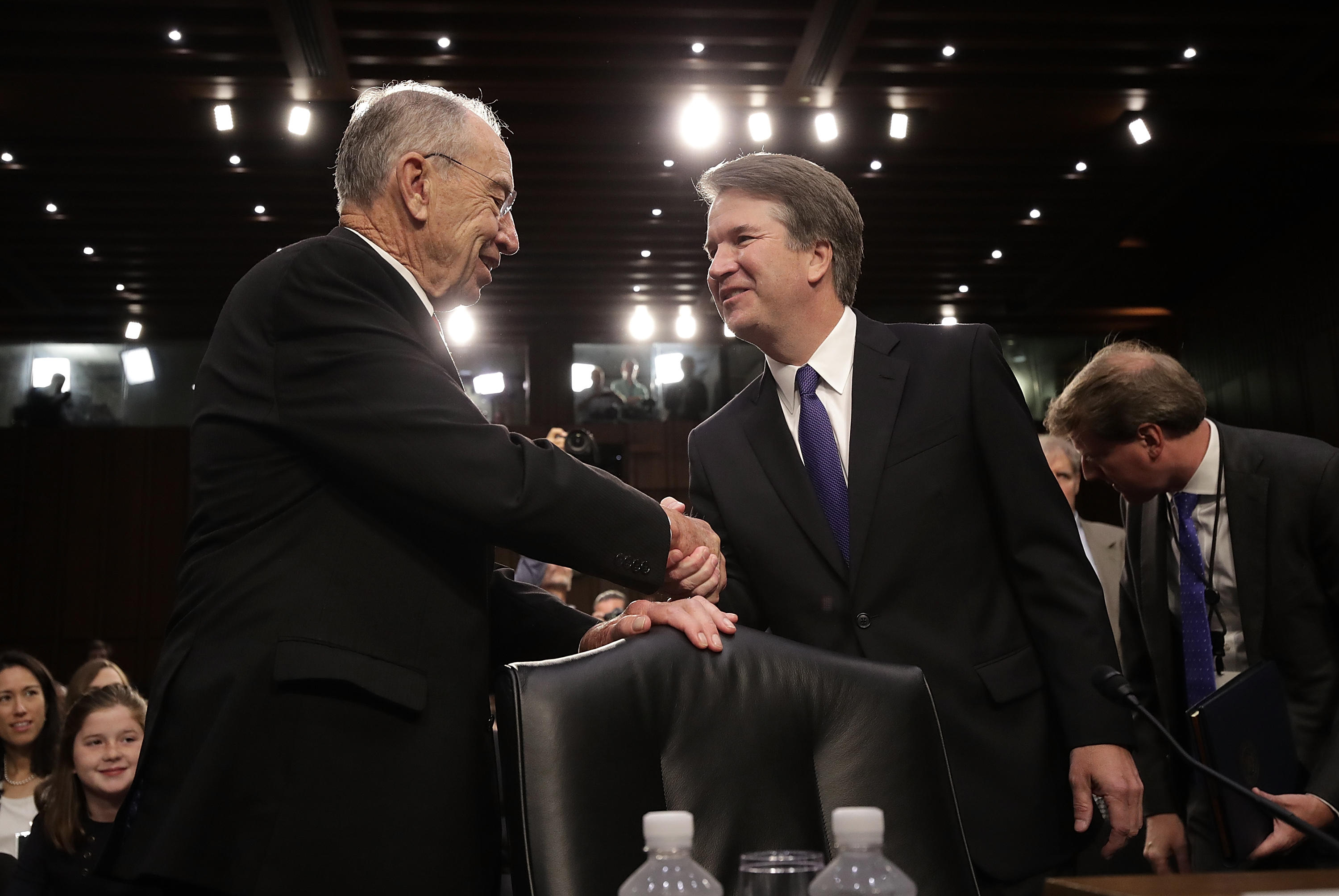 Before Supreme Court nominee Brett Kavanaugh even had a chance to speak on the first day of his confirmation hearing process, the tone appeared to be set for the rest of the week.

The morning had barely begun when anti-Kavanaugh protesters shouted over the voices of senators, speaking out against the nominee's perceived views on abortion and other hot-button issues. Most of the day was consumed by senators espousing their own views, with Democrats bitterly criticizing how Republicans have handled the confirmation process and Republicans generally lauding Kavanaugh.

Here are a few key takeaways from day one of the four-day process:

The sides are drawn

Before senators had heard a substantive word from the nominee, most made it clear where they stand on the president's nominee.

Sen. Cory Booker, D-New Jersey, said he could not support Kavanaugh's nomination, not only because of his views, but because of the "perverse" way the process has played out, given that many documents from Kavanaugh's time working for former President George W. Bush have not been released.

But not all Republicans toed the party lines. Retiring Sen. Jeff Flake mentioned Mr. Trump's tweet Monday lambasting Attorney General Jeff Sessions for allowing the prosecutions of Republicans accused of insider trading and campaign finance violations ahead of the election. Flake said he shares the concerns of his Democratic colleagues that Kavanaugh's nomination comes from an "administration that doesn't seem to understand and appreciate separation of powers and the rule of law."

Democrats made it clear from the first moments of Tuesday morning that they won't stop bringing up the Trump administration's decision not to hand over more than 100,000 documents related to Kavanaugh's time working in the George W. Bush White House.

Sen. Patrick Leahy, D-Vermont, reflecting the views of many of his Democratic colleagues, said there is "no integrity" behind the document production for Kavanaugh's hearing. "What are we trying to hide? Why are we rushing?" he demanded.

But that likely doesn't matter for Kavanaugh to succeed. Kavanaugh doesn't need Democratic support if all Republicans vote for him.

Abortion, gun rights and presidential power will be key issues in questioning

Democrats made it clear that three topics in particular — abortion, guns and executive power — will be front and center as they lob questions at Kavanaugh tomorrow.

Democrats are concerned that Kavanaugh will restrict abortion rights or even aim to overturn Roe v. Wade, ease gun restrictions, and protect the president.

Sen. Dianne Feinstein, D-Calif., said the "impact of overturning Roe is much broader than a woman's right to choose."

"It's about protecting the most personal decisions we all make from government intrusion," Feinstein said.

Feinstein and others also brought up Kavanaugh's stance on the Second Amendment, with Feinstein flatly telling him, "If the Supreme Court were to adopt your reasoning, I fear the number of victims would continue to grow."

Sen. Chris Coons, D-Delaware, questioned Mr. Trump's motives in selecting Kavanaugh. Based on Kavanaugh's writings about the Clinton-Lewinsky scandal, Democrats fear he opposes any indictment of a sitting president, which is particularly a concern for them after President Trump's former longtime attorney, Michael Cohen, alleged Mr. Trump directed him to take actions that violated campaign finance law.

"We have to confront an uncomfortable, but important question about whether President Trump may have selected you, Judge Kavanaugh, with an eye towards protecting himself," Coons said.

Of course, Democrats haven't asked any of those questions yet — that begins Wednesday morning. Each senator will have 30 minutes to question Kavanaugh in the first round, followed by another 20-minute round for each senator.