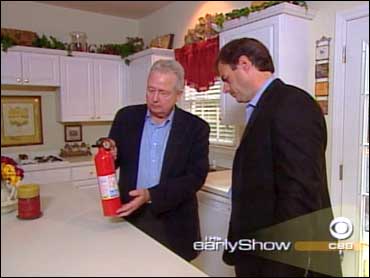 It's a chilling statistic: every 2½ hours, someone in this country dies in home fire.

Experts say that once a major fire breaks out, you have just minutes to get out alive. So, in a continuing series about fire safety, The Early Show looks at simple devices for your home that could save your life in a fire.

This is the second in a series of National Fire Prevention Week broadcasts on fire safety. The first concerned clothes dryer dangers.CBS News correspondent Mark Strassmann reports that when fire broke out in an Ann Arbor home last month, seven college students, including Rishi Mukhi, were asleep inside.

"One of my roommates woke up, smelled the fire, looked out the window and saw the fire," Mukhi says. "He yelled to the rest of us, and six of the seven of us were able to get out the back door."

But spreading flames trapped the seventh roommate on the second floor.

"He was forced to jump out of his window, a second story window, so as a result of that he got pretty seriously injured," Mukhi says.

Fire officials say it could've been worse. On average, house fires in this country kill 10 people every day. That's 3,650 people a year. Think of it another way: almost twice as many Americans are killed in house fires every year than have been killed so far in Iraq.

"Most people don't have a plan in the event of an emergency," says Jim McMullen, California's former state fire Marshall.

He says home fires can spread in a matter of seconds, but new safety devices can buy you critical time.

First, the mini fire extinguisher: "It's much smaller, much lighter in weight," McMullen says. "I can pick it up with my baby fingers."

McMullen says every kitchen should have one. Just pull the clip and shoot, and the fire is doused. Even in a moment of crisis, he says, this extinguisher is very simple to operate.

Smoke Alarms: Everyone knows smoke alarms are critical. McMullen says each bedroom should have one, as well as the hall. But a warning: he says their beeping sound may not be enough to wake your kids.

"Children sleep so soundly that they don't respond all the time to smoke alarms," he says. Studies show that kids respond to much better is the sound of their parent's voice.

"Talking" Smoke Detector: "This one's different in that we hear the parent's voice come on," McMullen says. "You can record that as a parent."

As an example, he played a recorded message: "Michelle, it is Mommy. There's a fire in the house. Get out of your room. Meet me at the mailbox in the front yard."

"The key elements are, get out, stay out, meet at a predetermined place," he says.

Once that alarm sounds, McMullen says every family should have an escape plan with two ways out of every room. First, feel your door. If it's hot, the fire is close. A window may be your only way out. Bad news if you're trapped on an upper floor.

"The key thing is to have an emergency escape ladder so you can get out," McMullen says.

A self-installed ladder folds out of its own cabinet beneath the window. Just open it up, and throw it out. You need to practice doing that. "It's far better than jumping," McMullen says.

Mukhi says an escape option like this could've saved his roommate from that terrible fall.

"Fire safety is something that people tend to take for granted," Mukhi says. "People don't think it could happen to them until it actually does."

The following is information about fire safety devices mentioned above: 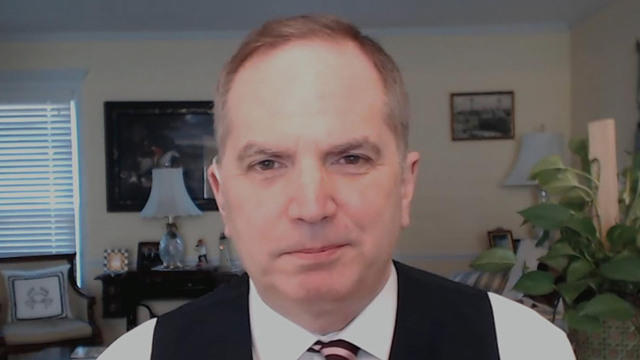 According to the latest jobs report from the Labor Department, the U.S. added 379,000 new jobs in February, and the unemployment rate dropped a tenth of a percentage point to 6.2%. Bankrate Senior Economic Analyst Mark Hamrick joined CBSN to discuss.