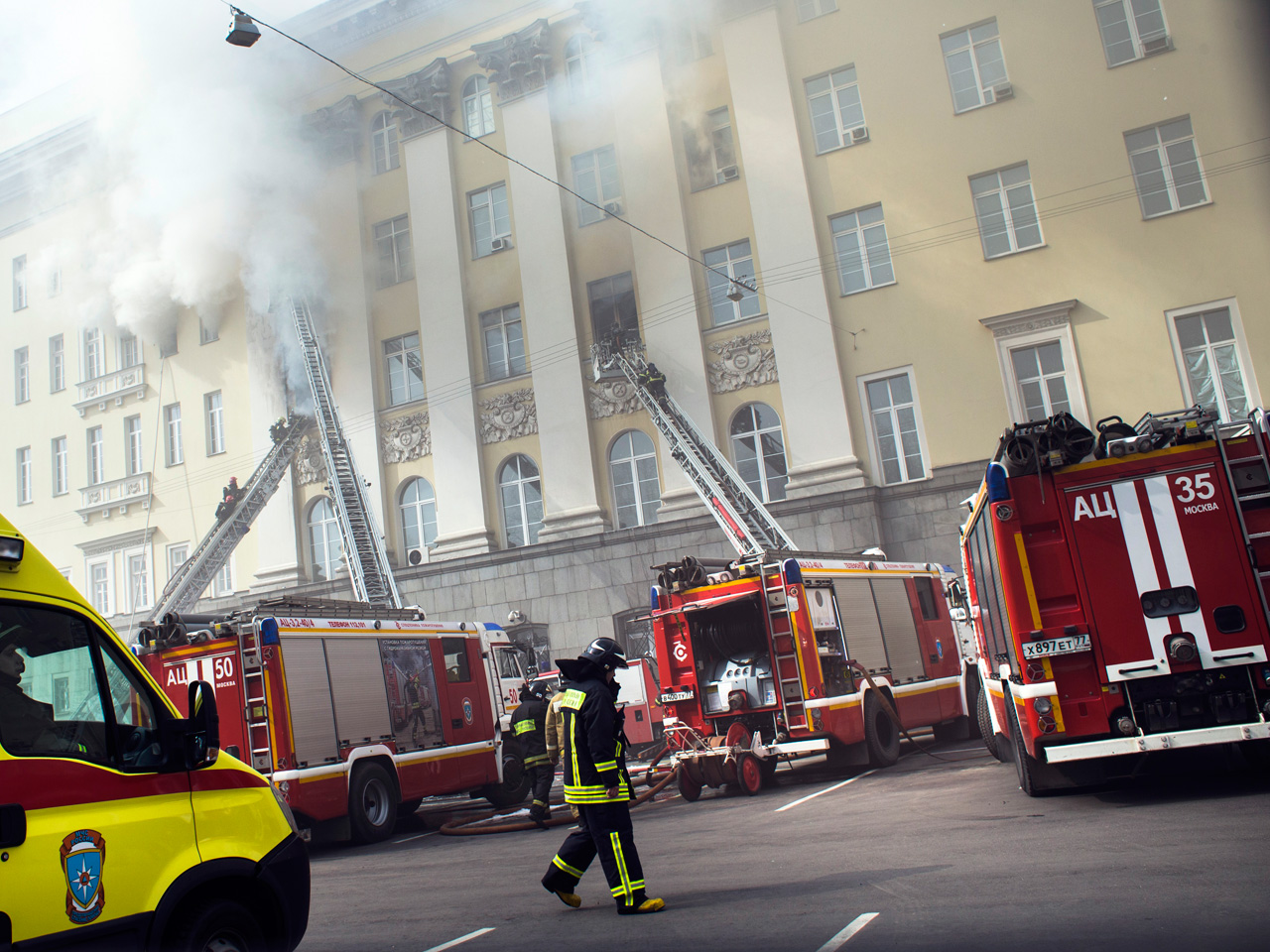 MOSCOW- A fire is raging at a former headquarters of the Russian Defense Ministry in Moscow.

The ministry moved to a new headquarters on the Moskva River in 2014 but still kept the old building near the Kremlin.

The ministry said the fire will not affect its core operations since the military departments have long moved to the new headquarters. It said the old building on Znamenka Street houses the departments in charge of procurement and services.

There were no immediate reports about the cause of the fire.