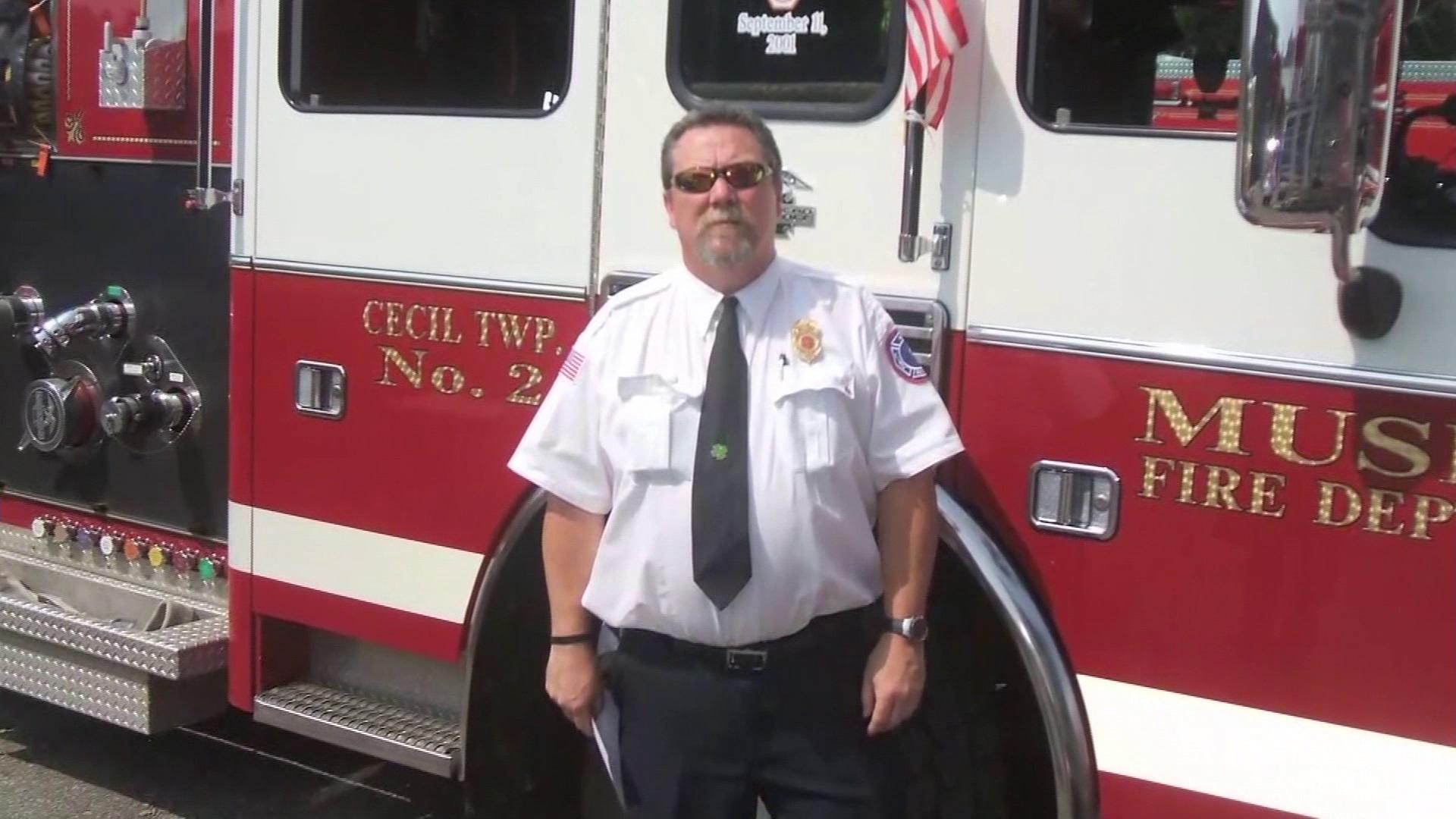 PITTSBURGH -- Volunteer fire chief Paul Smith resigned from his position Tuesday in wake of a shocking message he posted on Facebook using a racial slur, according to the Pittsburgh Post-Gazette.

In a statement to the newspaper, Smith said, "The media dragged my fire company and township into this as well as my family."

Smith's Facebook message grabbed national headlines and came amid the fallout after the Pittsburgh Steelers game Sunday, when the team decided to stay in the tunnel at Chicago's Soldier Field during the national anthem.

The fan reaction was mixed from support for the players to outraged fury over their decision. However, as CBS Pittsburgh reported, many local residents felt Smith's response crossed the line.

Reaction to Smith's post in Cecil Township was quick and negative.

The Cecil Township Board of Supervisors said in a statement Tuesday that it's "deeply disturbed by the comments made by Volunteer Chief Smith, and in no way, shape or form condone his comments."

Dylan Pareso, who lives across the street from the fire hall, said, "I'm completely upset, especially for a town like this, coming from the fire chief, that's disrespectful in my eyes. I don't agree with it one bit."

Mary Plumley told CBS Pittsburgh, "For a fire chief or for anybody like that to say something like that is wrong. They don't need to be in that position."

Wes Leopold reacted to Smith's post, saying, "It's kind of a dumb thing to do. I think, there's enough tension in this country. He's definitely adding to it."

Chief Smith is out of the country on vacation, but on Facebook, he responded to CBS Pittsburgh.

"I am embarrassed at this. I want to apologize. I was frustrated and angry at the Steelers not standing the anthem. This had nothing to do with my Fire Department. I regret what I said."

"My fire department should have never been dragged into this. It was a bad judgement by me, for which I am very embarrassed, for them and my township."

Also Tuesday, the Steelers' president Art Rooney II released a statement on Twitter to reiterate that the team's decision to stay in the locker room was meant to remove themselves from making a political statement.

Meanwhile, Steelers lineman Alejandro Villanueva -- the only Steelers player standing outside the tunnel for the national anthem before their game Sunday -- said on Monday that the he did not intend to make a political statement. He said the national anthem situation got out of control and he is taking the blame.

"Unfortunately I threw my teammates under the bus, unintentionally," Villanueva said. "Every single time I see that picture of me standing by myself I feel embarrassed."