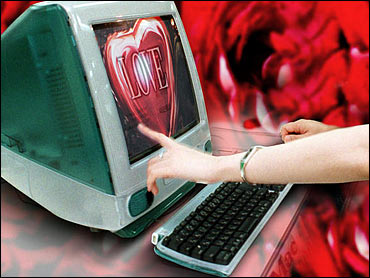 As we approach Valentine's Day, a lot of people are thinking about how to find that special someone. To do that, online dating services are among the first places many turn.

Online dating can be safe and effective. There are many happy couples who met online using either a dating service, a social-networking site like Facebook, or even an interactive online game like World of Warcraft.

But, as with many things in life, it's important to be cautious.

Based on conversations with cyberdating expert Julie Spira and BitDefender security expert Alexandru Catalin Cosoi, there are two main things you need to watch out for: the site itself and the people you interact with. (Scroll down for links to podcast interviews with both Cosoi and Spira.)

According to Cosoi, there are bogus dating sites that are more likely to separate you from your money or your identity than to unite you with a love interest. In a recorded interview, he warns that "not all the services are real" and urges people to be very careful about sites "that just got born yesterday and started sending e-mail messages to different users in order to join their network."

He said it's never a good idea to do business with a site you heard about through a spam message, regardless if it's "e-mail spam, Twitter spam, or Facebook spam." He also cautions people to be careful about what they say to someone they meet on a site. "If you don't give away your (credit) card detail, you think you will be safe. But also giving away your e-mail address could be a dangerous thing to do." He added, "once you start talking to somebody you met on a dating Web site, they can say 'Where were you born?...Who was your first school teacher?" and solicit information like your mother's maiden name or your pet's name that could be used to guess a password or provide security information needed to recover a password.

In a pre-Valentine's Day press release, BitDefender also advises people to "provide as little detail as possible and employ nicknames or aliases in lieu of real names. If possible, they should create and use an alternative e-mail account, ensuring the security of their personal account and work information." The company also advises users to never release sensitive private data "such as a home or work addresses, phone numbers, or Social Security numbers."

Other online Valentine's Day threats, according to BitDefender, include graffiti and other types of spam distributed via social networks, which direct to malicious Web sites, e-mail spam exploiting Valentine's Day, and e-mail attachments attempting to deliver different breeds of malware under the innocent cover of a short, funny movie.

But there's more to online dating than just security, which is why I also spoke with Julie Spira, author of "The Perils of Cyber-Dating: Confessions of a Hopeful Romantic Looking for Love Online." Spira, who became an online dating expert after 250 online dates that resulted in four marriage proposals, one husband, and one fiance, says that "there is never a better time to start (online dating) than now" because a lot of people have joined sites since the beginning of the year. She says people should "at least try one of the free sites at first." The free sites she recommends include OkCupid, Zoosk, and Plenty of Fish--or any of the major paid sites such as Match.com, eHarmony, or True.

Spira said to be careful about relying on a photo. Some people, she said, "take 10-20 pounds off their weight as well as 10-20 years off their age." She recommends that you also check the person's Facebook profile where you're more likely to find lots of recent photos.

Like Cosoi, Spira recommends that you avoid posting your e-mail address and your real first and last name on a dating site. "Try to come up with a screen name that describes something you like to do but doesn't really give out your identity."

I asked her about a case I know about of a friend who established an online relationship with a person he thought to be a woman in the Philippines. Everything seemed fine until she asked him to wire her money so she could buy a plane ticket to visit him in San Francisco. It could have been legitimate, but it was likely a scam. Spira says to be very careful about such overseas encounters. "If they're out of the country, you might be a target for a scam."

She said to "never talk about your financial status--whether it's good or bad or indifferent"--and to try to keep your profile short. "You don't want to really have a novel. Less is more sometimes."

Spira recommends that you get professional photos and that your primary photo be a headshot so that people can really see your face. "If you have a great body, you should put that in your supplemental photos," she added. But if you don't have a great body, you still have a shot at online dating, she said. "There is someone for everyone and all you should really be concerned about is representing yourself authentically." If you're being authentic, you're more likely to attract a "good-quality man or woman," she said.

She recommends you "take the relationship from online to offline as soon as possible." After a few e-mails or online exchanges, she recommends that you talk on the phone and if you're still interested, arrange a meeting in a public place. And always tell someone "who you're meeting and where you're going." She says that during her date she'll take a break and call a friend to say it's working out or, if not, she'll leave.

Although I met my wife Patti years before there was such a thing as online dating, I have a bit of family experience with it. My daughter Katherine met her husband on OkCupid. Her husband, John Tumminaro, had quite a bit of previous online dating experience and likens it to a "replacement for meeting people in a bar."

The hard part, he said, "is how to bridge it into the real world." Although Katherine was an obvious exception, many of the women he met online "tend to misrepresent themselves." The reality, he said, "is that some women will try to hide the way they really look."

John and Katherine would agree with Julie Spira. In their case, authenticity turned out to be a very good strategy.