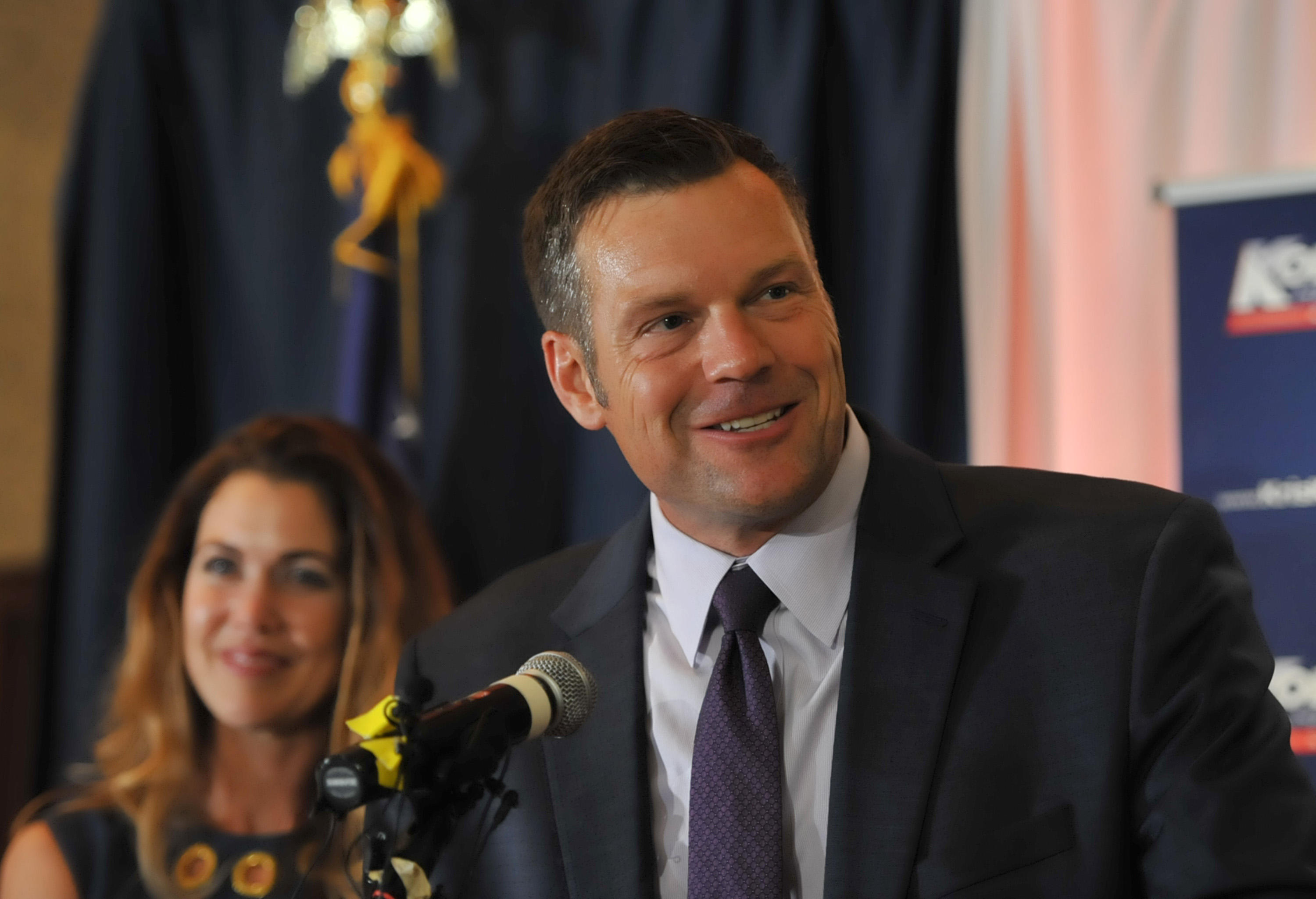 County election officials across Kansas will begin deciding which provisional ballots from last week's primary election will count toward the final official vote totals, with the possibility that they could create a new leader in the hotly contested Republican race for governor.

Secretary of State Kris Kobach led Gov. Jeff Colyer by a mere 110 votes out of more than 313,000 cast as of Friday evening . That was after late mail-in ballots were added to totals from absentee voting and ballots cast at the polls Tuesday.

County officials will review nearly 9,000 provisional ballots, given to voters at the polls when their eligibility is in question. Most counties start their canvass meetings Monday, but some will meet later this week and next. The counties have until Aug. 20 to finish.

With such a slim margin separating the candidates, the canvass will be closely watched. Colyer's campaign on Friday announced plans to have representatives in all 105 counties when provisional ballots are reviewed.

Attorney General Derek Schmidt already is anticipating the possibility of a lawsuit challenging the election results by Colyer or Kobach. He sent a letter to county election officials, reminding them to preserve "any paper files, notes, or electronic data related in any way" to the election.

Colyer has questioned whether Kobach was advising counties not to count some mail-in ballots, including those with missing or unreadable postmarks, even if they arrived by Friday, which Colyer said violates the law. He also said he heard reports that some unaffiliated voters — who by law can declare an affiliation at the polls and vote in a primary — were given provisional ballots instead of the regular ballots they were due.

In a letter Thursday to Kobach, Colyer wrote that circumstances "obviously increase the likelihood that one of the candidates may seek a recount, or even the possibility of litigation."

"As governor of Kansas, your unrestrained rhetoric has the potential to undermine the public's confidence in the election process," Kobach wrote.

Kobach on Friday stepped aside from his duties as the state's top elections official until the primary outcome is resolved, but Colyer argued that Kobach still has a conflict of interest because Kobach is handing his responsibilities to his top deputy, Assistant Secretary of State Eric Rucker .

The secretary of state's role in the actual counting of ballots is limited: His office provides guidance, compiles statewide vote tallies and provides general supervision.