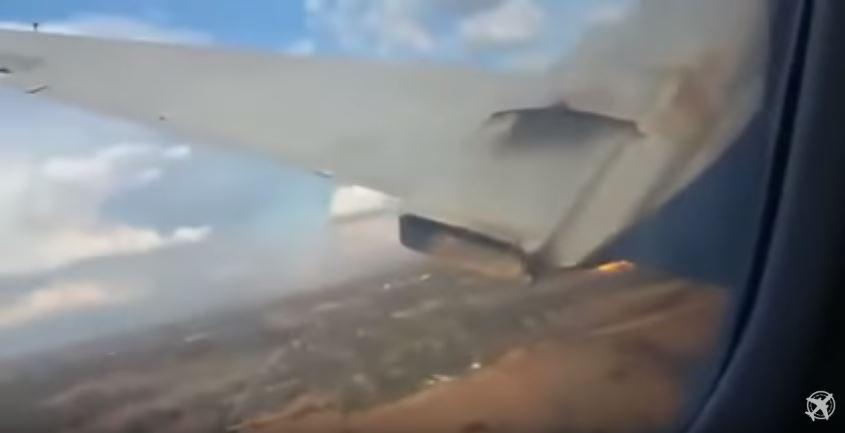 In the video, the phone camera is pointed out a window of the plane. Smoke can be seen billowing from the left wing as a man says, "It's getting bad. This is getting very bad."

Fire can then be seen under the bottom of the wing, and the flames grow.

As the plane begins descending towards the ground, it appears that the pilots cut the engines. No landing strip is in sight.

Then a passenger, in Afrikaans, says "Geez, this is going to be bad," AIRLIVE reported.

Moments later, a sound like an explosion is heard as the plane hits the ground, and the screen goes black. Voices call out. Eventually, light floods the space again, and the dusty interior of the plane can be seen.

There were 19 people on board the scenic flight, which departed from Wonderboom Airport near Pretoria, AIRLIVE reported.