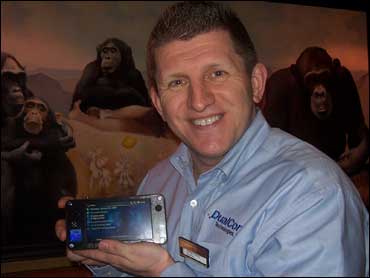 If you plan to limit your viewing of this month's Winter Olympics to after-dinner hours, then you better like figure skating Â– and lots of it.

The Undisputed King and Queen
The ice ballets have dominated the prime-time coverage on American television in all the recent winter games, and this year is certain to be no exception, especially since U.S. skaters are once again poised to compete for gold medals.

Michelle Kwan is the pre-Olympic favorite to win the gold in the ladies' competition, and her most serious challenger is expected to be another American teenager, Tara Lipinski. Among male skaters, America's best hope rests on the graceful moves of Todd Eldredge. All three have won world championships on the long road to the Olympic showdown in Nagano.

Yet it should be noted that the avid interest in watching hours and hours of figure skating is largely an American enthusiasm, and one that is not shared by other cultures. In Europe, for example, the most popular winter sport is skiing, and of course there are many Canadians who believe that the only suitable event for an ice rink is a hockey game.

Although they are in the distinct minority, there are also some Americans who prefer to watch skiing or hockey Â– or even the more esoteric winter competitions, such as luge and biathlon Â– but their only hope of seeing much of those events is to look in on the weekend or other non-prime-time hours.

For there is no escaping the ice-hard fact that when it comes to American television coverage, figure skating in all its forms Â– men's, ladies, pairs and dancing Â– reigns supreme as the king and queen of the Winter Olympics.

Blame It on Sonja
Those who are not entirely charmed by the Double Axel, the Triple Lutz, and other gravity-defying feats on ice sometimes ask: How did it come to this? When and why did so many Americans get hooked on figure skating?

Good questions, and at least part of the answer is to be found in the early years of the Winter Olympics, long before television arrived on the scene. Back in 1924, when the Winter Games were formally launched in Chamonix, a ski resort in the French Alps, no great fuss was made over figure skating. In fact, the two events that captured most of the attention that year were skiing and speed skating.

This made sense because those events were races, and racing contests had long been regarded as the heart-and-soul of Olympic competition. It hardly needs to be said that at the more firmly established Summer Olympics, most of the emphasis was on track events: basic tests of speed and/or endurnce in getting from one specific point to another.

But at the second Winter Olympics in 1928, there emerged a dazzling teen-age phenomenon from Norway named Sonja Henie. At the age of 16, she captured the gold medal in ladies' figure skating, and was victorious again four years later. By the time she skated to her third straight gold medal triumph at the 1936 Games, Miss Henie had become the world's most famous Winter Olympic athlete.

Holly-Wooed
Indeed, Sonja Henie cut such an impressive figure, both on and off the ice, that she was able to parlay her Olympic fame into a successful career as a Hollywood star. In one romantic film after another, she played innocent ice maidens who were wooed by various leading men.

As a rule, the lugs who were cast as her lovers never laced on the skates themselves. Thus, when Miss Henie performed on ice, they had to be content to stand at rinkside and gaze at her in adoration as she glided through her intricate maneuvers in provocative, tight-fitting costumes that revealed plenty of thigh.

In becoming a popular movie star, Sonja Henie only strengthened her towering reputation as the mythic goddess of figure skating, the founding mother of grace on ice. So if you don't care that much for figure skating, then blame the lithe little lady from Norway. For she was, without doubt, the sport's first super star.

The 1936 Olympics, at which Sonja Henie won her third gold medal, was the last round of games before World War II, and as yet, no American had won a gold medal in any figure skating event. The sport was thoroughly dominated by European skaters.

Button's Big Breakthrough
The big breakthrough for Americans came in 1948 at the first Olympics to be held after the Second World War. At St. Moritz that year, Dick Button captured the gold in men's figure skating and he won it again four years later in Oslo.

And that was followed by a stunning streak of success for U.S. skaters. At Cortina, Italy in 1956, Hayes Alan Jackson made it three gold medals in a row for the United States in men's figure skating, and Tenley Albright became the first American to win the ladies' competition.

The American team scored another double whammy at Squaw Valley in 1960 when David Jenkins and Carol Heiss both won gold medals.

Other U.S. gold medal winners in the years that followed were Peggy Fleming in 1968, Dorothy Hamill in 1976, and Kristi Yamaguchi in 1992 in ladies' figure skating; and Scott Hamilton in 1984 and Brian Boitano in 1988 in the men's competition.

Gone With the Win
So, as they glide onto the ice at Nagano this month, Michelle Kwan, Tara Lipinski, and Todd Eldredge hope to follow in the skate marks of their illustrious predecessors who have won gold medals for the United States.

Like other champion figure skaters the world over, America's top-ranked performers began training at a very early age, and to pay for that high-class tutelage, their families had to make serious financial sacrifices. Yet they all professed to be fully confident that they were steering their kids in the right direction.

With an eye toward the prospect of future fame in the harshly demanding domain of ice princesshood, the parents of Michelle Kwan and Tara Lipinski named their daughters after legends of popular culture. Michelle was named for the Beatles song, and Tara for the Scarlett O'Hara plantation in Gone With The Wind.

That may or may not tell you all you need to know about parents who raise their sons and daughters to become world-class figure skaters.