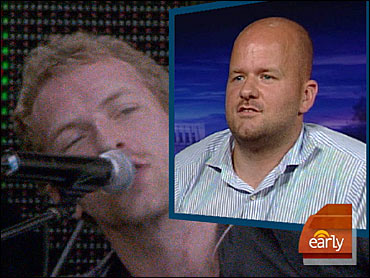 If you Googled yourself and something negative came up in a top spot, would you know how to fight back?

Chris Martin is the lead singer of Coldplay and the leading man of actress Gwyneth Paltrow.

But there's also the much lesser-known Chris Martin who hails from Baton Rouge, La.

And it turns out that sharing your name with a superstar can be a good thing in the digital age.

"Chris Martin is a great Google name," Martin observed. "If you go to Google and type in Chris Martin, you'll see tons and tons of pages about the lead singer of Coldplay. ... If someone were to post something negative about me, it would be difficult for that negative stuff to climb to top 10 of Google."

Clients seek out Martin when something untrue or insulting is posted about them on the Web. By tweaking search engine results and building a positive public relations campaign about the client, Martin tries to help rebuild their image. He calls it "Internet reputation management."

An anonymous posting reported by another reputation-protecting firm, KentCampbell.com, shows the damage negative online postings can do: "We lost a $5 million deal due to a single negative online reputation post placed falsely by a competitor."

"We produce new content that's positive and factual, and then we help move that into top 10 in Google, Yahoo, MSN, and all the other major search engines," explained Martin, by massaging things to make the negative material show up much lower among search results and hence, making the negatives much less likely to be seen.

Among Martin's clients are celebrities, big companies, sports figures, politicians and regular folks, such as teachers.

Not surprisingly, the Chris Martin who started ReputationHawk doesn't come up when that name is Googled.

Then again, most people don't have a famous musician to overshadow them online.

Hiring Martin isn't cheap. He says it costs anywhere from $500 to $2,500 per month for his services.