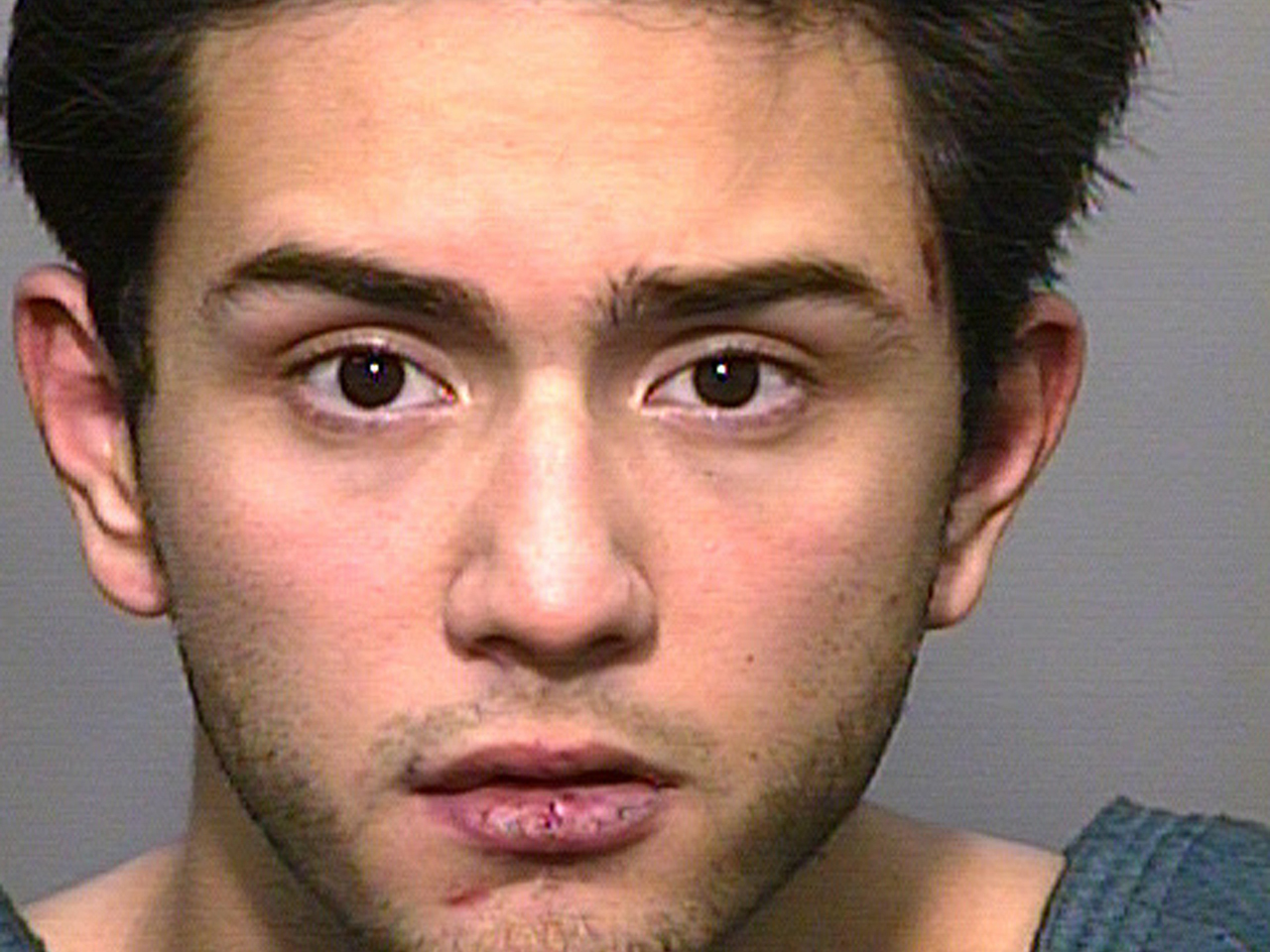 FLAGSTAFF, Ariz. -- A Northern Arizona University freshman told police he was hit in the face during a late night confrontation and then tried to render first aid after he opened fire on four fraternity members, killing one and wounding three, according to court documents released Friday.

Steven Jones, 18, was found alongside the four victims in a campus parking lot Friday shortly after the 1:20 a.m. shootings. Jones told a responding campus police officer that he had opened fire, the arrest report said.

Jones told investigators that several people approached him and two friends while they were outside a residence. A fight broke out between the two groups, and Jones said he was hit in the face. According to the suspect, a group came out of the house and chased him. He ran to his car and retrieved a handgun. Two of the victims had stopped following him but turned around when he yelled that he had a gun. Jones said he shot them both but then tried to help one of them.

A friend of Jones said the first victim asked Jones why he brought a gun before the suspect shot him multiple times, police said. The second victim was shot after taking a step in Jones' direction, according to the witness. Both were standing no more than 10 feet away.

A group tried to subdue Jones, who fired a shot in the air. Jones said he then dropped his firearm, which had a flashlight attached to it.

University police chief Gregory T. Fowler identified Jones as the shooter and said he used a handgun in the 1:20 a.m. shootings.

Jones was booked Friday for one count of first-degree homicide and three counts of aggravated assault.

A judge set a $2 million cash-only bond for Jones, who made his first court appearance via video from the Coconino County Jail Friday afternoon. He briefly wept when the judge read the charges against him. Jones' next court appearance is scheduled for Oct. 15.

The victims were all members of the Delta Chi fraternity, the organization said in a statement. The university identified the student who died as Colin Brough. The victims being treated at Flagstaff Medical Center are Nicholas Prato, Kyle Zientek and Nicholas Piring. The hospital said it couldn't release any information on conditions.

"This is not going to be a normal day at NAU," said school President Rita Cheng. "Our hearts are heavy."

She called it an isolated and unprecedented incident and said classes would go on as scheduled Friday.

The parking lot where the shooting happened is just outside Mountain View Hall dormitory on the Flagstaff campus, which provides housing for many of the campus' sororities and fraternities. The gate to the dorm's main entrance was closed Friday, and police had the surrounding area taped off.

Brough was from Castle Rock, Colorado, about 30 miles south of downtown Denver. He loved to play lacrosse and wanted to be successful so he could help other people, said his cousin, Ryan Jernegan of Woodbury, New Jersey.

"He was the happiest person that you probably would ever meet," Jernegan said.

He worked as a cashier at the Puma outlet store in Castle Rock during the summer after graduating high school. Manager Chauncey Musser remembered him as an outgoing employee with a seemingly bottomless supply of energy.

"He's very calm, very respectful, has a great manner, calm demeanor and you'd never expect him to be caught up in something like this," McIntosh said.

Student Maria Gonzalez told The Associated Press that she at first suspected firecrackers when the shooting happened.

"I was studying for an exam, so I looked out the window and see two people running, and that's when I realized they weren't fireworks, they were actually gunshots," she said.

The Flagstaff shooting comes on the same day that President Barack Obama visited Roseburg, Oregon, where eight students and a teacher were shot and killed last week at Umpqua Community College. The gunman in the Oregon shooting wounded nine others before turning the gun on himself.

NAU is a four-year public university that has more than 25,000 total undergraduate students at the campus in Flagstaff, a city about two hours north of Phoenix that is surrounded by mountains and ponderosa pines. The city of 70,000 people has a reputation for being a safe place and typically records only one murder per year.

"It's crazy. You don't think this stuff happens. When I think of Flagstaff, I think safety," said freshman Cameron Sands, who had pledged at a fraternity and was supposed to move into Mountain View Hall on Friday.