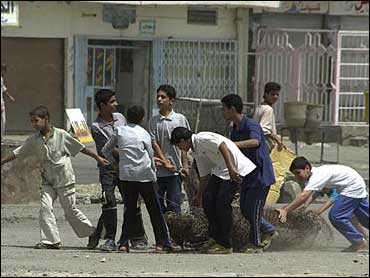 The coalition announced a reorganization of its military command structure Saturday, creating a new headquarters with broad responsibility for operations in Iraq, including the training of Iraqi security forces and involvement in the political transition, and another headquarters that will handle daily tactical operations against the insurgency.

Lt. Gen. Ricardo Sanchez, a three-star general who was in charge of the previous, unified command, will oversee all operations from the Multinational Forces Iraq headquarters, Kimmitt said.