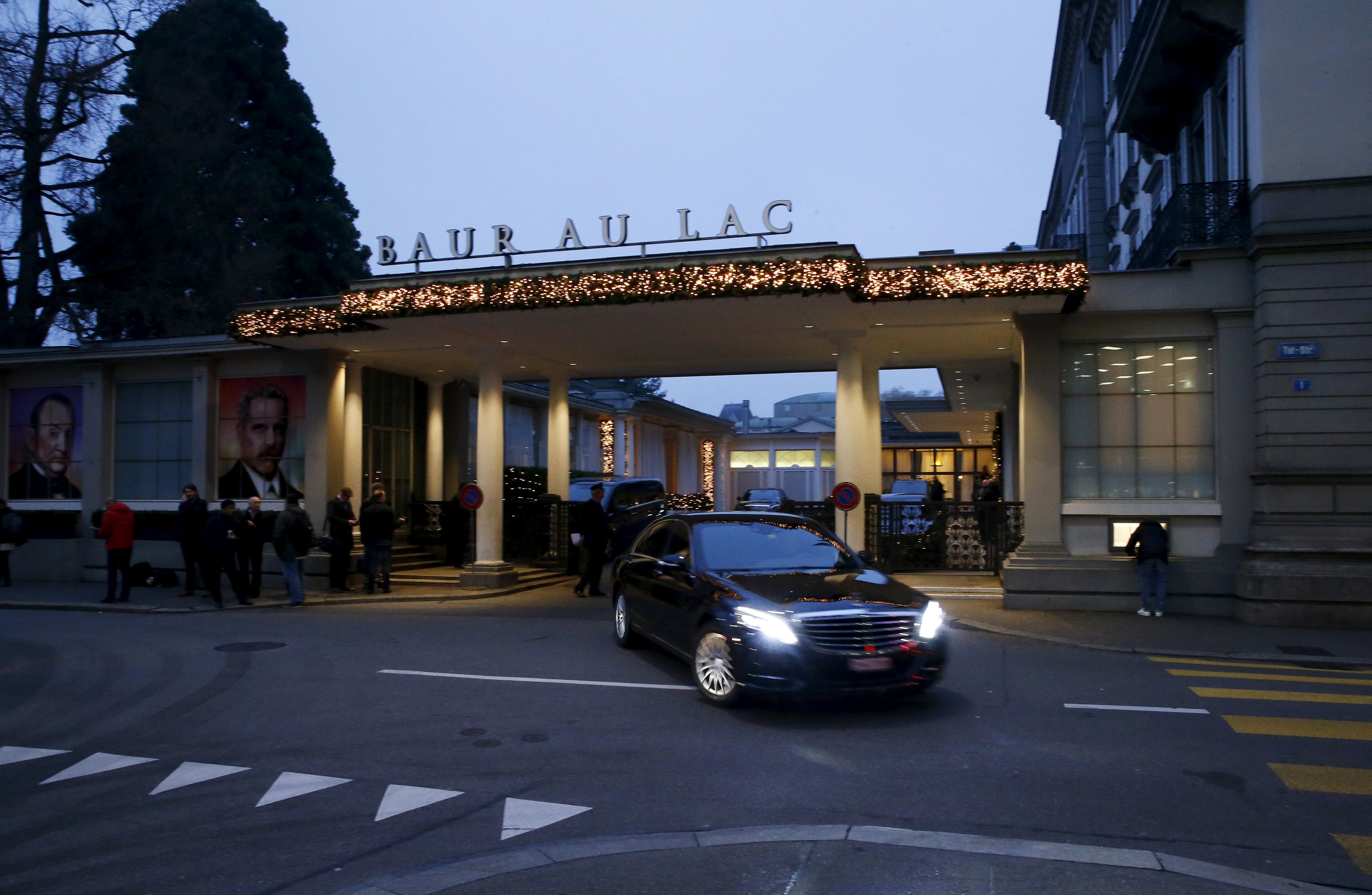 ZURICH -- Switzerland's justice ministry said Thursday that two FIFA officials had been arrested at the request of U.S. authorities in a widening bribery case.

Swiss police earlier made pre-dawn arrests at the luxury Baur au Lac hotel in downtown Zurich, scene of raids on May 27 which sparked the FIFA corruption crisis.

The ministry said the two men, which it did not identify, were "suspected of accepting bribes of millions of dollars."

The arrests were made ahead of a FIFA executive committee meeting at 9 a.m. Swiss time (0300 Eastern).

The bribes are linked to marketing rights for soccer tournaments in Latin America and World Cup qualifying matches, the ministry's statement said.

The U.S. Department of Justice has previously indicted two FIFA vice presidents among 14 soccer and marketing officials linked to bribes worth tens of millions of dollars for the Copa America tournament.

Thus far, former FIFA boss Sepp Blatter has not been arrested or charged with any crime in connection to the corruption scandal. Law enforcement sources told The New York Times he was not among those arrested Thursday, either.

Blatter resigned from his long-time leadership of FIFA in the wake of the first round of arrests in May.