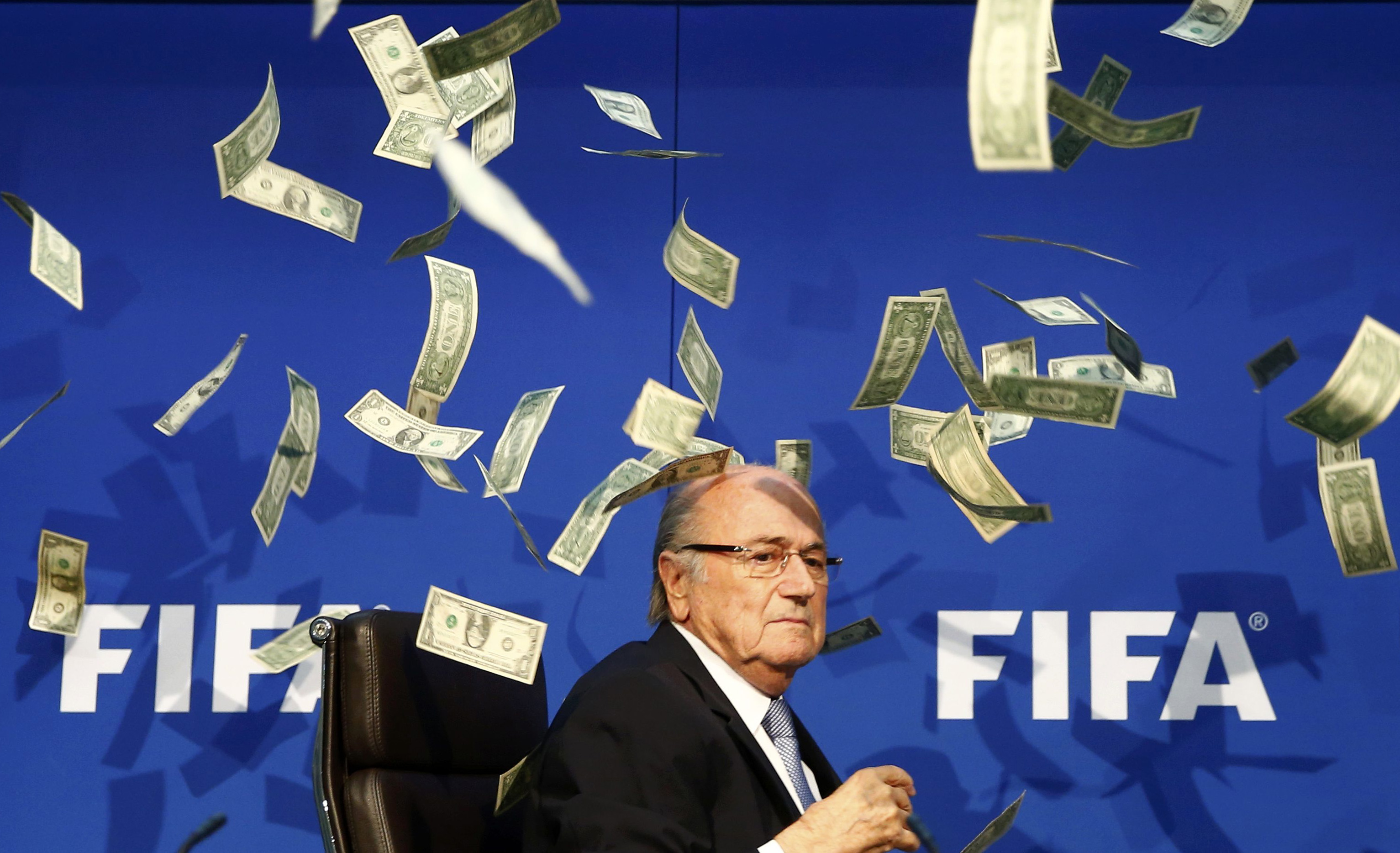 ZURICH -- Sepp Blatter and UEFA President Michel Platini, the man who had been favored to take over as FIFA leader, were both suspended for 90 days Thursday, plunging soccer's governing body deeper into crisis.

Blatter and Platini were suspended by the FIFA ethics committee in the wake of a Swiss criminal investigation. The decision seemingly ends Platini's bid to succeed Blatter as FIFA president in the emergency election in February.

Another presidential hopeful, Chung Mong-joon, was suspended for six years in a separate case and FIFA secretary general Jerome Valcke was banned for 90 days.

The suspensions can be extended by up to 45 days.

Issa Hayatou, the longtime head of the African soccer confederation who was reprimanded in 2011 by the International Olympic Committee in a FIFA kickbacks scandal, will take over as acting president.

The Cameroonian, who has a serious kidney illness that requires regular dialysis sessions, is currently in Yaounde and is expected to travel to Zurich immediately.

Hayatou said he would not stand for president but remained committed to the reform process.

"We will also continue to cooperate fully with authorities and follow the internal investigation wherever it leads," Hayatou said in a statement.

The interim leader of UEFA will be Spanish federation head Angel Maria Villar, who remains at risk of being sanctioned from the FIFA ethics committee in its investigation of the 2018 and 2022 World Cup bidding contests.

Blatter's suspension brings a sudden halt to a 40-year career that had survived waves of scandals until he was placed under criminal investigation.

Last month, Swiss authorities turned up at Blatter's office at FIFA headquarters and interrogated him. The criminal case centers on Blatter allegedly misusing FIFA money by making a $2 million payment to Platini, who was questioned as a witness.

Blatter was also questioned by Swiss investigators about broadcasting contracts sold to former FIFA vice president Jack Warner in 2005 that were supposedly undervalued.

Blatter's lawyer, Richard Cullen, said the ethics committee failed to follow procedure and based its decision on a "misunderstanding."

"The attorney general in Switzerland ... opened an investigation but brought no charge against the president," Cullen said in a statement. "In fact, the prosecutors will be obliged by law to dismiss the case if their investigation, barely two weeks old, does not establish sufficient evidence.

"President Blatter looks forward to the opportunity to present evidence that will demonstrate that he did not engage in any misconduct, criminal or otherwise."

The suspension of the former France great could have the most far-reaching implications. Platini submitted his formal candidacy to stand in the Feb. 26 election to replace Blatter on Thursday morning. That means it will have to be considered by the audit and compliance committee after the Oct. 26 deadline for candidacies.

Chung, a former FIFA vice president, was found guilty of breaches relating to South Korea's failed bid for the 2022 World Cup. Valcke had already been put on leave last month after being the subject of allegations over a deal for black market sales of tickets to 2014 World Cup matches.