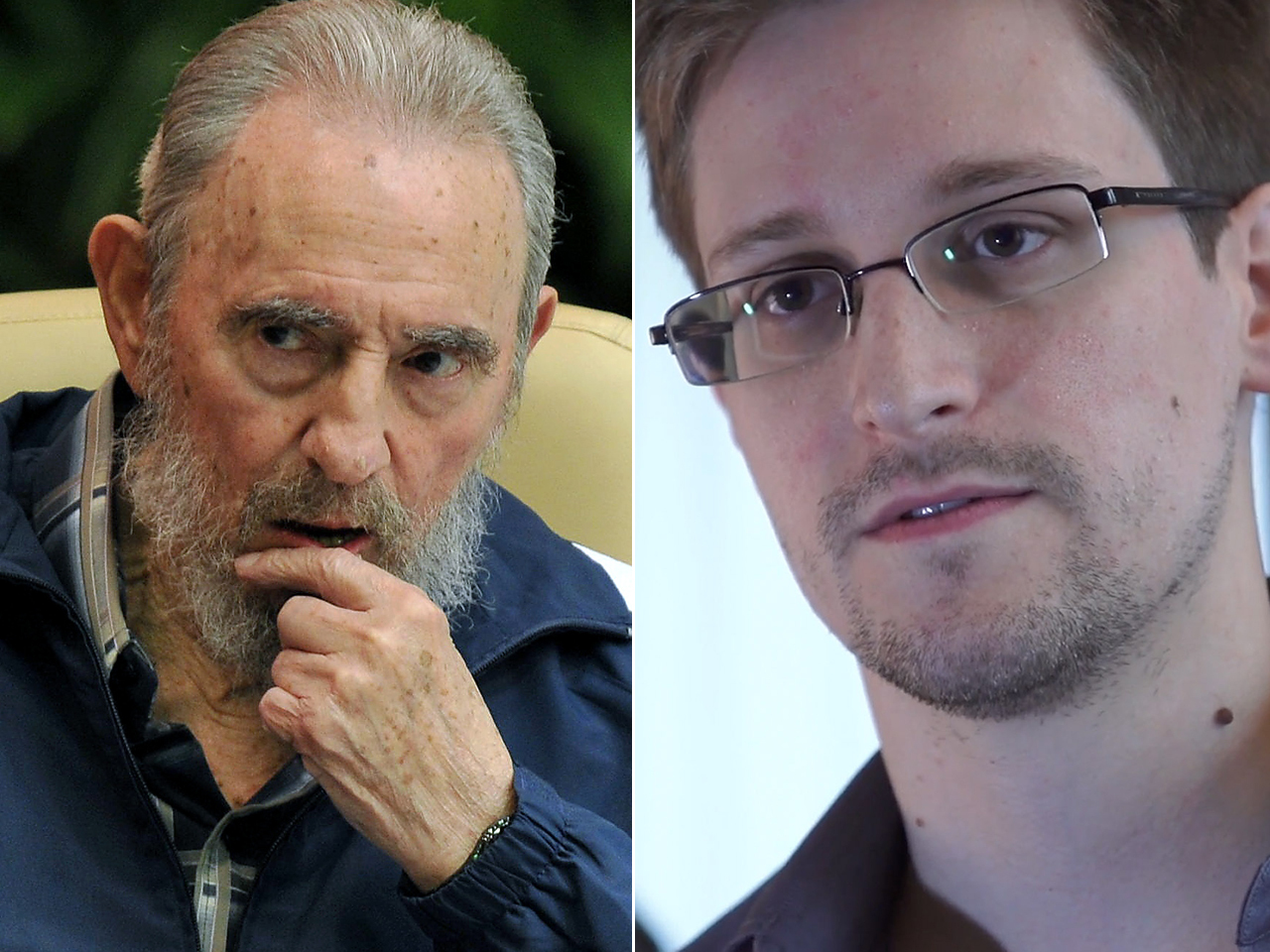 Despite a vow to retire from his second career as a columnist last year, the 87-year-old revolutionary whose interests range from the nutrition benefits of a leafy plant called moringa to the threat of nuclear Armageddon apparently still has a lot to say about world events.

The former president published a new essay Wednesday that took up nearly a full page in the Communist Party newspaper Granma, warning of dire consequences from the conflict in Syria. He also denied a Russian newspaper report that alleged Cuba caved in to U.S. pressure and refused to grant NSA leaker Edward Snowden transit en route to Latin America, calling it a "paid-for lie."

"I admire the bravery and justness in Snowden's declarations," Castro wrote. "In my opinion, he did the world a service by revealing the repugnantly dishonest politics of an empire that lies and cheats the world."

Castro left office in 2006 due to a life-threatening intestinal ailment. But for years afterward, state newspapers continued to carry his semi-regular essays called "Reflections." They were also painstakingly read out in their entirety by serious-faced news anchors.

In June 2012, Castro announced that his columnist days were over. He said at the time that his musings, some of which were increasingly brief and mysterious, were taking up valuable media space.

But the famously loquacious leader has been unable to resist the temptation to weigh in on our troubled world.

In April he published a "Reflection" urging restraint amid elevated tensions on the Korean Peninsula. Last month state media carried a letter of his about the seizure in Panama of Cuban weaponry bound for North Korea.

This time it's the escalating talk of military intervention in Syria that inspired Castro to pick up his pen.

"I am compelled to write because very soon grave things will happen," Castro wrote. "In our time, no more than 10 or 15 years go by without the human race being in danger of extinction."

"The Empire's Navy and Air Force and their allies are preparing to begin a genocide against the Arab people," he added.

In typical Castro style the column meanders somewhat, touching on everything from the U.S. embargo against Cuba and Venezuelan President Nicolas Maduro's tour of a visiting Russian naval vessel, to the crisis in Egypt and our impersonal technological future.

"It is said that by 2040, just 27 years from now, many tasks that today are carried out by the police such as handing out tickets and other tasks, will be done by robots," Castro wrote. "Can readers imagine how difficult it will be to argue with a robot capable of making millions of calculations per minute?"

Castro has appeared in public only a few times this year. In July he was absent from an event commemorating the 60th anniversary of the Cuban Revolution's start that was attended by key allies such as Maduro. Castro's brother and successor, Raul, presided over the celebrations.

Cuba's Foreign Ministry also criticized Washington and its allies on Syria on Wednesday.

"An aggression against Syria would provoke the gravest consequences for the already troubled Middle East region," it said in a statement. "It would constitute a flagrant violation of the principles of the charter of the United Nations and international law, and it would increase the dangers to international peace and security."