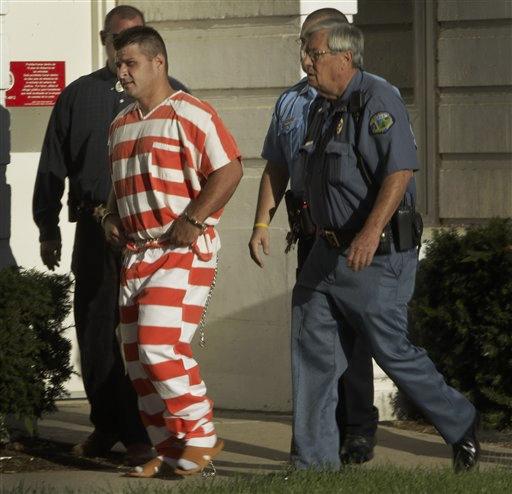 The dispute between Terri Schiavo's parents and her husband continued Thursday even after the severely brain-damaged woman succumbed to death 13 days after her feeding tube was removed – and 15 years after the tube was first connected.

The 41-year-old woman died at 9:05 a.m. Thursday at the Pinellas Park hospice where she lay for years as an epic legal and medical battle that went all the way to the White House played out.

The latest bone of contention between Bob and Mary Schindler and their son in law, Michael Schiavo, was over who was allowed to be present during the final moments of Schiavo's life.

The Schindlers' advisers complained that Schiavo's brother and sister had been at her bedside a few minutes before the end came, but were not there at the moment of her death because Michael Schiavo would not let them in the room.

"And so his heartless cruelty continues until this very last moment," said the Rev. Frank Pavone, a Roman Catholic priest.

He added: "This is not only a death, with all the sadness that brings, but this is a killing, and for that we not only grieve that Terri has passed but we grieve that our nation has allowed such an atrocity as this and we pray that it will never happen again."

George Felos, the attorney for Michael Schiavo, disputed the Schindler family's account. He said that Terri Schiavo's siblings had been asked to leave the room so that the hospice staff could examine her, and the brother started arguing with a law enforcement official.

Michael Schiavo feared a "potentially explosive" situation and would not allow the brother, Bobby Schindler, in the room, Felos said.

Michael Schiavo was at his wife's bedside, cradling her, when she died a "calm, peaceful and gentle" death, a stuffed animal under her arm, and flowers arranged around the room, said Felos. Her parents, Bob and Mary Schindler, were not at the hospice at the time, he said.

The parents and husband were also at odds over funeral plans. Michael Schiavo will get custody of the body and plans to have her cremated and bury the ashes in the Schiavo family plot in Pennsylvania; his in-laws oppose those plans and another court challenge is expected.

An autopsy is planned, with both sides hoping it will shed more light on the extent of her brain injuries and whether she was abused by her husband, as the Schindlers have argued.

In the meantime, the Schindlers are planning a memorial service for Thursday night.

At an afternoon news conference outside the hospice, Terri Schaivo's sister, Suzanne Vitadamo, offered the family's thanks to supporters, doctors, clergy and lawmakers who worked on Terri's behalf. She also thanked the media for "taking Terri's case to the nation."

To her sister, Vitadamo said: "Terri, we love you dearly, but we know that God loves you more than we do. We must accept your untimely death."

She urged supporters to "please continue to pray" and to do all they can to change the law so "all the other Terris" around the country don't have to face the same circumstance.

A small group of protesters sang hymns and prayed with each other after learning of Terri's death. One woman said, "Words cannot express the rage I feel." She added, "Is my heart broken for this? Yes."

President Bush, who signed an extraordinary bill March 21 that let federal judges review the case, said he joins the millions of Americans saddened by Schiavo's death.

"The essence of civilization is that the strong have a duty to protect the weak," Mr. Bush said in Washington. "In cases where there are serious doubts and questions, the presumption should be in favor of life."

Schiavo suffered severe brain damage in 1990 after her heart stopped because of a chemical imbalance that was believed to have been brought on by an eating disorder. Court-appointed doctors ruled she was in a persistent vegetative state, with no real consciousness or chance of recovery.

The feeding tube was removed with a judge's approval March 18 after Michael Schiavo argued that his wife told him long ago she would not want to be kept alive artificially. His in-laws disputed that, and argued that she could get better with treatment.

During the long legal battle, Florida lawmakers, Congress and President Bush tried to intervene on behalf of Schiavo's parents but state and federal courts at all levels repeatedly ruled in favor of her husband.

Florida Gov. Jeb Bush, whose efforts to have Schiavo's feeding tube reconnected also failed, said in a statement, "Many across our state and around the world are deeply grieved by the way Terri died. I feel that grief very sharply as well."

The Florida State House observed a moment of silence for Schiavo Thursday morning.

In Washington, other figures who were deeply involved in the extraordinary federal intervention in Schiavo's case also weighed in on her passing.

Senate Majority Leader Bill Frist, R-Tenn., said her death was a "regrettable loss of life" that deeply saddened him. "May God bless her memory," he said.

In Rome, Cardinal Jose Saraiva Martins, head of the Vatican's office for sainthood, called the removal of the feeding tube "an attack against God."

After the tube that supplied a nutrient solution was disconnected, protesters streamed into Pinellas Park to keep vigil outside her hospice, with many arrested as they tried to bring her food and water.

The Schindlers pleaded for their daughter's life, calling the removal of the tube "judicial homicide."

The parents disputed until the end that their daughter was in a persistent vegetative state, as court-appointed doctors have determined. They maintained that while Schiavo was weak, her organs were functioning and she was responsive.

The case spent seven years winding its way through the courts, with the Schindlers repeatedly on the losing end. The U.S. Supreme Court on Wednesday declined to intervene for the sixth time. Hours earlier in an 9-2 ruling, the 11th U.S. Circuit Court of Appeals in Atlanta declined to grant a new hearing in the case — the fourth time since last week that it ruled against the Schindlers.