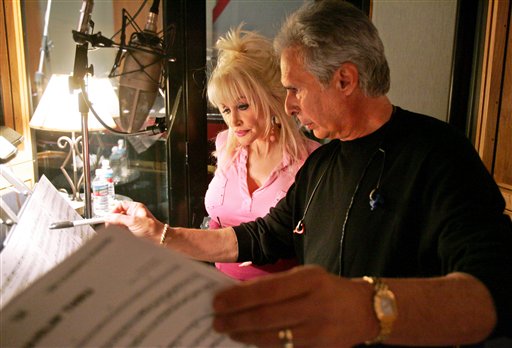 A routine test during pregnancy can sometimes bring terrible news of a birth defect, but CBS News Health Correspondent Dr. Emily Senay reports there may now be something medicine can do to help.

Diagnosed in the womb with the potentially fatal birth defect hydrocephalus, or water on the brain, Neal Borkowski was a medical first before he was even born. Now the boy from Tennessee is two months old, and on the forefront of medicine.

The Borkowski family has been through a lot this year.

"The best possible prognosis would be profound mental retardation," says father Jim Borkowski. "It was one of the worst days I can probably think of in my entire life, finding out that about your son."

Hydrocephalus is when excess fluid inside the head puts pressure on the developing brain and enlarges the skull.

Time was running out for Neal. Every day his fetal brain was becoming more compressed, and the risk of serious damage was growing.

Dr. Joseph Bruner explains that "for many years we've had the ability to identify this with ultrasound during the pregnancy, but only to stand hopelessly by while the head grew larger and larger because the baby was too young to deliver."

But Jim and Susan Borkowski agreed to try a new experimental procedure for their unborn son, so this time the doctors didn't wait.

"We knew it was the only chance, it was either this was gonna work, or either the baby was going to be a complete vegetable or dead," Jim Borkowski says. "But either way he wasn't going to survive for any significant amount of time."

Using ground-breaking new surgical techniques, the doctors operated on Neal while he was still in the womb. They performed a caesarean section to position Susan's uterus outside of her body, and then performed brain surgery on the fetus, inserting a tube to drain fluid from Neal's tiny head.

"I was pretty happy at that point. I had a big grin on my face and tears in my eyes," she says. "It was really nice to finally have him here."

It will be months, even years, before doctors will know if he has avoided brain damage. So far, all the signs are encouraging.

"He is eating normally, looking around, reaching out to touch things," Dr. Bruner says. "He's acting now like a normal baby, but it's very early to make any judgements."

No matter what happens, the Borkowski's are thankful that Neal has been given a chance.

"To go from complete neurological devastation to what I think now appears to be a really good shot at a really normal, healthy, possible life. I mean it's a real miracle -- it's a miracle to us," Jim Borkowski says.

The type of surgery that doctors performed on baby Neal is currently only being done at Vanderbilt University Medical Center in Nashville, Tenn., and it is not appropriate for alforms of hydrocephalus.

However, fetal surgery has also been successful in the early treatment of spina bifida, and doctors hope that someday it will prove useful in treating a much wider range of problems from heart, to abdominal, to facial defects.

Members of Congress are negotiating over a coronavirus relief bill as well as a government funding bill.

It seems that everyone is trying to get into the Christmas spirit this year — even koalas.

Cop dies after she was shot responding to parking complaint

Egypt frees civil rights leaders, Scarlett Johansson gets the thanks

The movie star was among a handful of prominent figures to call for the activists' release, but she's the one being lauded by many - but not all - for the government's "extremely odd" move.