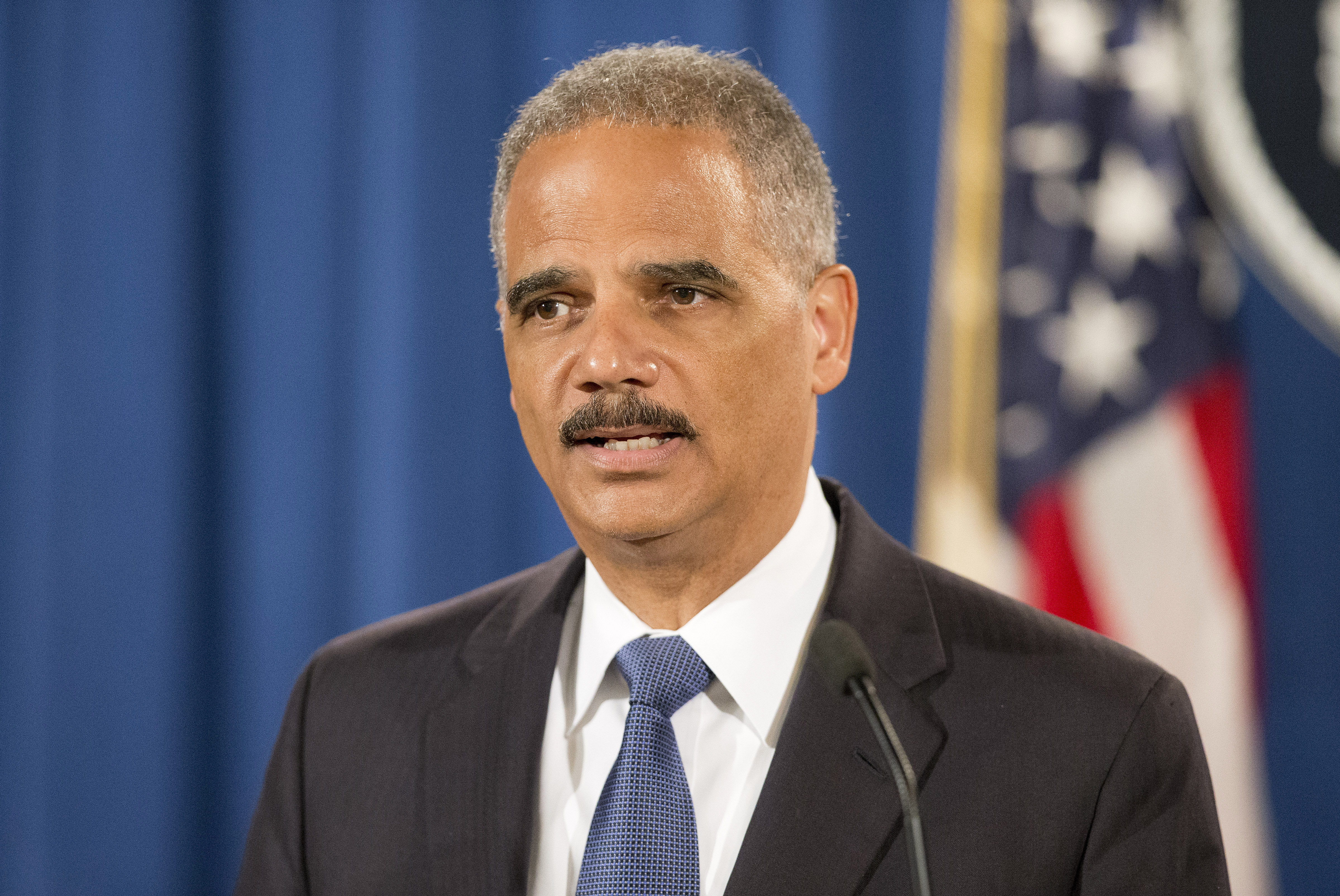 Citing the "deep mistrust" between the local residents and law enforcement officials, the Justice Department launched a broad investigation Thursday into the practices of the Ferguson, Missouri, police department, following the shooting last month of an unarmed black 18-year-old by a white police officer.

Attorney General Eric Holder announced the probe, saying that he and his department had heard numerous concerns from people in the St. Louis suburb about police practices, a history of mistrust and a lack of diversity on the police force.

The new probe is separate from an ongoing federal civil rights investigation into the circumstances of the Aug. 9 shooting of Michael Brown by Officer Darren Wilson. A local grand jury is also investigating the shooting, which set off about two weeks of unrest in the streets of Ferguson and became a flashpoint in the national discussion of police treatment of minorities across the country.

Holder said he was "confident" the new federal probe would not impact the grand jury.

This new effort will look at police department practices over the past few years, including patterns of stops, arrests and use of force, as well as the training Ferguson police officers receive.

The Ferguson department said it welcomes the Justice Department investigation.

Holder two weeks ago visited the St. Louis suburb, where he met with investigators and Brown's parents and shared personal experiences of having himself been mistreated by the police. He said Thursday that his visit "certainly influenced" the decision to launch the investigation.

Police have said the shooting followed a scuffle that broke out after Wilson told Brown and a friend to move out of the street and onto a sidewalk. Police say Wilson was pushed into his squad car and physically assaulted. Some witnesses have reported seeing Brown's arms up in the air before the shooting in an act of surrender. An autopsy paid for by Brown's family concluded that he was shot six times, twice in the head.

The new investigation, though, will go well beyond the circumstances of the shooting. It will look at the actions of a police department that is predominantly white even though Ferguson is about 70 percent black.

Some in Ferguson have said police disproportionately target black motorists during traffic stops. A 2013 report by the Missouri attorney general's office found that Ferguson police stopped and arrested black drivers nearly twice as frequently as white motorists but were also less likely to find contraband among the black drivers.

Sen. Claire McCaskill, D-Mo., called the investigation a "step in the right direction."

"As the Justice Department begins this inquiry, I'm continuing to work with federal officials and local authorities to ensure their respective investigations into Michael Brown's death are fair and transparent," McCaskill said in a statement.

The Justice Department's civil rights division routinely investigates individual police departments when there are allegations of systemic use-of-force violations, racial bias or other problems. The department says it's opened 20 investigations in the past five years, more than twice the number opened in the previous five years.

The investigations typically encourage significant changes to policies and practices and often end with settlements - known as consent decrees - in which the department agrees to make specified reforms.

The Justice Department reached a court-supervised agreement in 2012 with the New Orleans police department that would require the agency to overhaul its policies and procedures for use of force, training, interrogations, searches and arrests, recruitment and supervision.

In April, it issued a harshly critical report of the Albuquerque, New Mexico, police department that faulted the agency for a pattern of excessive force and called for an overhaul of its internal affairs unit. The city and the Justice Department have been locked in negotiations over ordered changes.

The Obama Justice Department has opened 20 of these civil rights investigations of local police departments over the past five years, CBS News' Bob Orr reported. The cities where investigations were held include Detroit, Washington, D.C., Albuquerque and Newark.