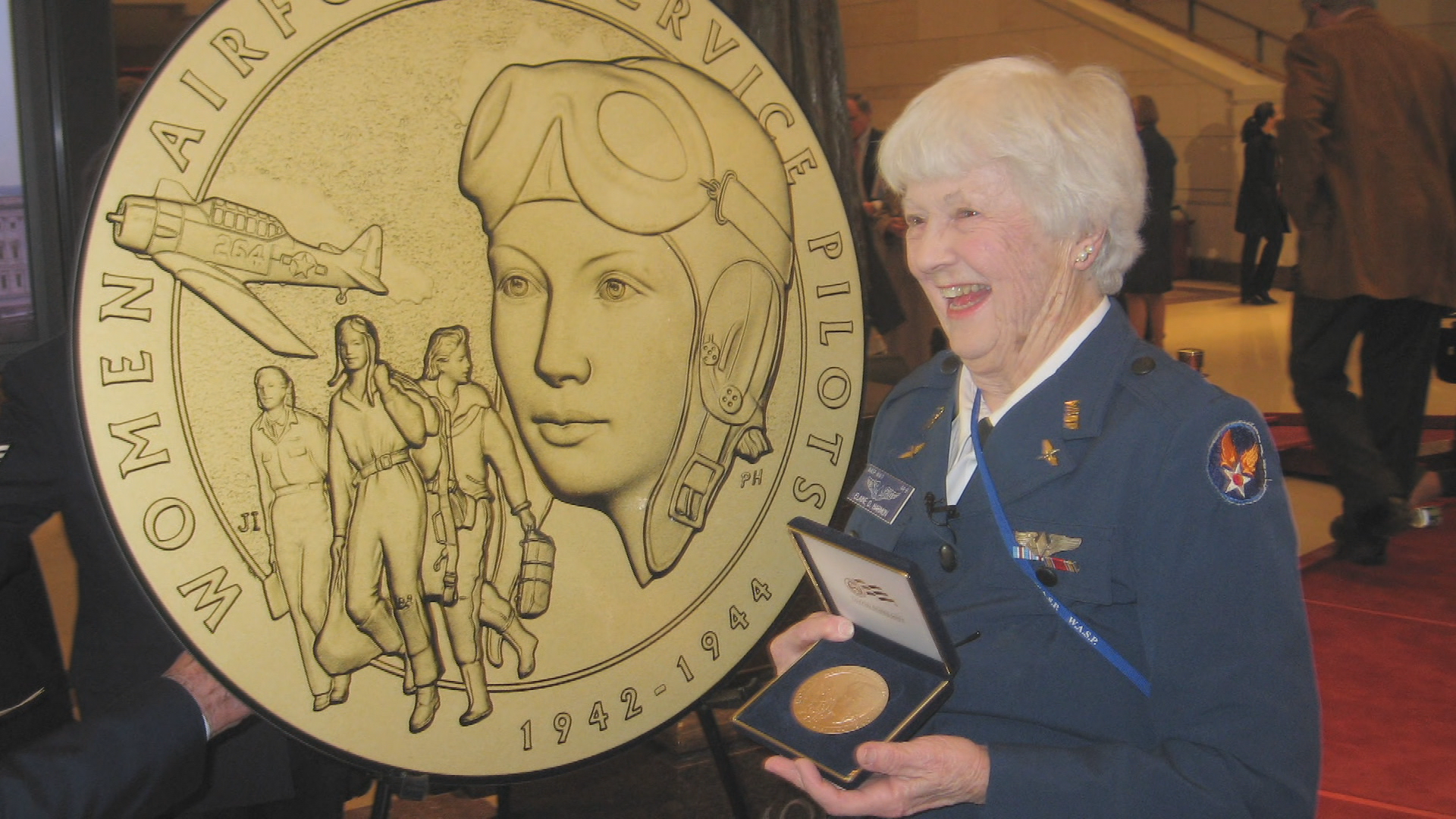 Harmon died last year at age 95. She was one of the Women Airforce Service Pilots (WASP), a group of women who flew military aircraft on noncombat missions during World War II so that men were freed up for combat.

The women were not granted military status at the time they served, but received retroactive status as veterans in 1977. And for many years, WASPs were eligible to have their ashes placed in urns at Arlington.

Last year, though, Army officials concerned about limited space at the cemetery ruled WASPs ineligible for inclusion at Arlington. A memo from then-Army Secretary John McHugh concluded that Arlington never should have granted eligibility to WASPs in the first place.

Harmon had left handwritten instructions to be inurned at Arlington, but the cemetery’s director denied the request, saying serving in the WASPs “is not the same as active duty service as a member of the Department of Defense,” CBS News national security correspondent David Martin reported in March.

Harmon’s family fought the rule. In December, an Associated Press article about the family’s campaign​ prompted widespread criticism of the Army for excluding WASPs. A petition on change.org received more than 175,000 signatures.

In May, President Obama signed legislation allowing WASPs in Arlington. The legislation was sponsored by Rep. Martha McSally, R-Arizona, herself a retired Air Force pilot who was the first female fighter pilot in U.S. history to fly in combat.

McSally said the WASPs were an inspiration for her when she was the only female pilot in her training class.

“These were feisty, brave, adventurous, patriotic women,” she said.

On Wednesday, Harmon’s ashes were laid to rest at a funeral service with military honors. The family had kept her ashes in a bedroom closet while they worked to get Arlington’s exclusionary policy overturned.

Miller said dozens of family members are in town for Wednesday’s service, which came more than a year after her grandmother’s April 2015 death.

“It sounds funny, but we’re all kind of excited,” she said. “In a way, we’ve already grieved, and this now is about closure.”

Eligibility for in-ground burial at Arlington, which has severe space limitations, is extremely tight, and not even all World War II veterans are eligible for burial there. But eligibility for above-ground placement of ashes is not quite as strict.

Kate Landdeck, a Texas Woman’s University history professor who has researched the WASPs, said roughly 1,000 women served as WASPs while the program was in effect from 1942 to 1944. Thirty-eight were killed.

Fewer than 100 are still alive, Landdeck said. The youngest is 93.

The women, who test-flew repaired military aircraft, trained combat pilots and towed airborne targets that other pilots fired at with live ammunition, received the Congressional Gold Medal in 2009, but the campaign to get them into Arlington exposed even more people to WASPs’ role in history.