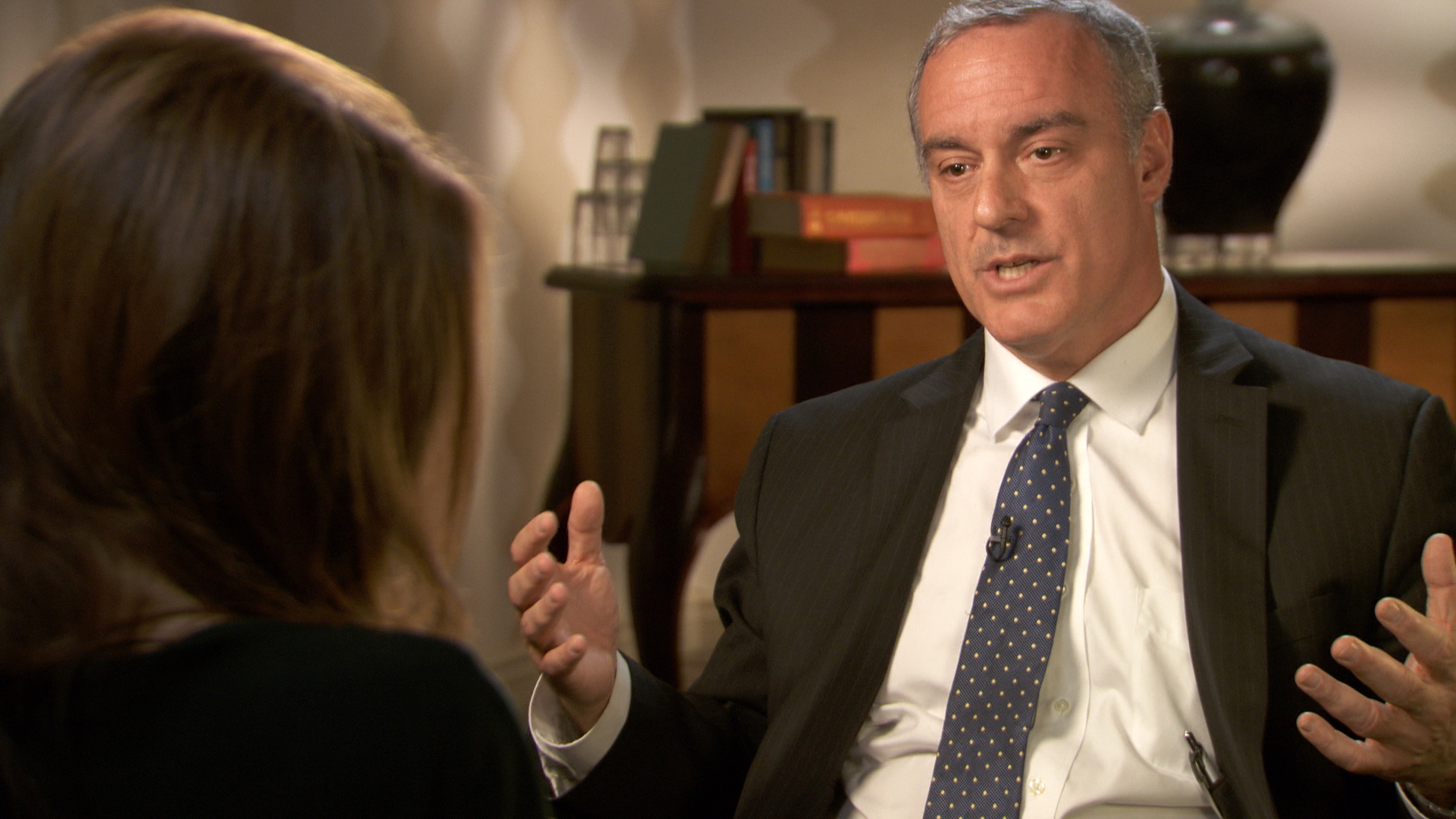 Thousands of people who have been denied flood insurance claims for homes destroyed by Hurricane Sandy have been crying fraud. Now, the executive in charge of the Federal Emergency Management Agency's insurance program tells 60 Minutes he has seen evidence of fraud in reports used to deny them full insurance payouts. The executive, Brad Kieserman, FEMA Deputy Associate Administrator for Insurance, also tells correspondent Sharyn Alfonsi he has seen evidence of the use of unlicensed engineers for flood damage reports, another criminal act. What's more, he says FEMA has been aware of this evidence for more than a year. Kieserman speaks to Alfonsi for a 60 Minutes investigation into how fraud may have been the reason thousands of homeowners' claims were denied. Her report will be broadcast Sunday, March 1 at 7 p.m. ET/PT.

"I'm not going to sit here and conceal the fact that it happened. Because in the last three weeks, I've seen evidence of it," says Kieserman. He is referring to engineering reports that originally blamed flood water for severe structural home damage, but were then changed to say there was no structural damage to homes. The changed reports were used to justify a heavily reduced insurance payout. It's a scenario under which hundreds of Hurricane Sandy victims are now suing insurance companies and engineering firms, who are part of the FEMA-backed flood program.

Asked by Alfonsi if he had seen evidence that unlicensed engineers had been used, Kieserman replies, "Yes. Which is why I referred it to the Inspector General."

Kieserman then tells Alfonsi he believes there were "signals" of these problems in late 2013 -- a year after the storm -- that FEMA could have acted on. "This upset me very much... had [the signals] been elevated in the agency--[they] would have been very helpful in helping us help people earlier," says Kieserman.

He is referring to people like Bob Kaible of Long Beach, N.Y. Kaible said he had proof his engineering report had been altered to deny most of his claim. But he got nowhere with his insurance company. He tells Alfonsi, "We ended up having to sell the property...I had estimates of 300 to $350 to rebuild the house. I'm getting $60,000. What am I going to do?"

Kieserman also says the current settlement negotiations may not satisfy all of the Sandy homeowners. "...the program was never designed to make everyone whole," he tells Alfonsi.