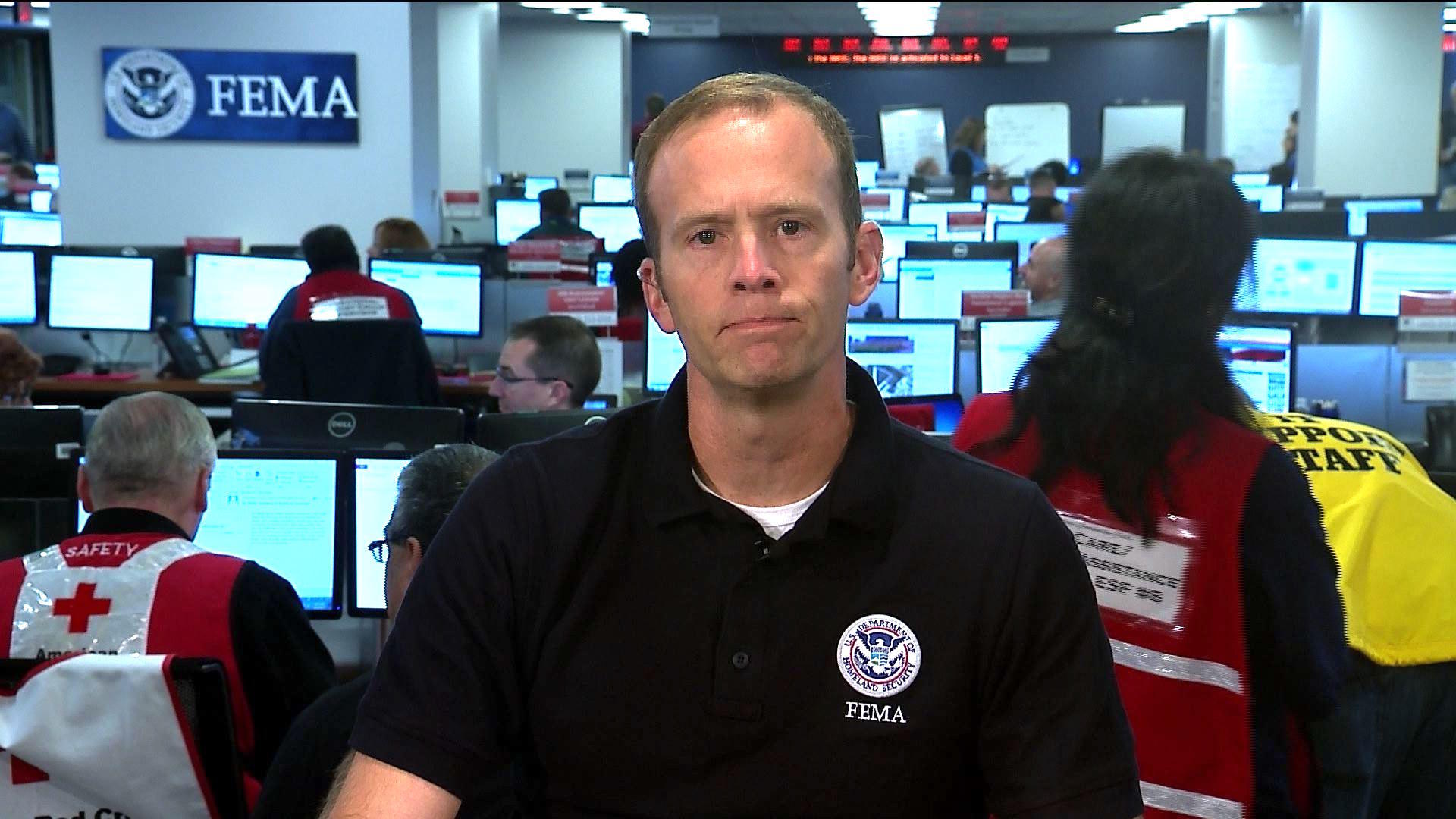 While Hurricane Florence barreled through the Carolinas, a different type of storm was brewing within the federal disaster relief agency tasked with responding to the fallout.

The fate of Brock Long, the head of the Federal Emergency Management Agency, was cast in doubt with revelations that he was being investigated by Homeland Security's internal watchdog and a congressional committee for the possible misuse of government vehicles.

The watchdog, the inspector general's office, has turned the review over to federal prosecutors to determine whether any criminal charges are warranted, according to a person familiar with the probe. The person was not authorized to speak publicly about the investigation and requested anonymity.

Long, a well-respected emergency manager, says he is not focused on the probes.

"Right now I am 100 precent focused on [Florence] and that's exactly where our attention needs to be from the standpoint of the life safety missions."

Long later said that he would "never intentionally run a program incorrectly."

But some emergency management experts say the investigations are a distraction for the beleaguered agency as it deals with the worst storm of the year.

Beverly Cigler, co-chair of a Hurricane Katrina task force set up by the American Society for Public Administration, said Long has been working hard but that "any organization has to have active engaged leadership at the very top."

"You don't want your FEMA administrator to be under investigation that's going to distract you somewhat no matter how focused you are," said Cigler, a Penn State distinguished professor emerita.

Rafael Lemaitre, who was a senior FEMA official in the Obama administration, said the timing was troubling.

"For these allegations to emerge in the hours before landfall of a major hurricane is a huge distraction to the work the FEMA administrator is doing," he said.

The agency is already under pressure after a grueling hurricane season last year that included Harvey, Irma and Maria. The federal response to Maria in Puerto Rico was widely criticized; President Donald Trump has lashed out over the criticism and suggested without evidence the revised death toll of nearly 3,000 was a conspiracy made up by Democrats.

Long, in defense of Mr. Trump's claims, told CBS' "Face the Nation" last week that the studies pointing to that death toll were "all over the place" in their findings.

Long, meanwhile, maintains that he has not been asked to resign. Homeland Security Secretary Kirstjen Nielsen, who oversees FEMA, has said she has confidence in him.  "Secretary Nielsen and I talk everyday, we have a very professional functional relationship," said Long.

Other Trump administration officials have lost their jobs over ethics issues related to travel, but they involved more outsized allegations.

The investigations center on whether Long used government-owned vehicles for visits home to Hickory, North Carolina. It's not uncommon for an inspector general to refer cases so federal prosecutors can determine whether charges are warranted, and it doesn't mean he'll be charged with a crime.

Meanwhile, Long has until Oct. 1 to turn over documents to the House Oversight Committee related to travel and hotels possibly used by FEMA employees who were required to accompany him on the personal trips.

Long has largely kept a low public profile during Florence. He'd been front-and-center at press briefings as FEMA managed Hurricane Lane in Hawaii earlier this month. After the news broke of the investigation last week, Long appeared at a briefing in Washington to say he was fully focused on the storm preparations and would fully comply with the probe.

But on Tuesday, he spoke at a North Carolina news conference with other emergency managers.

"It's really important for me to get out of D.C. and to be on the ground to be able to help North Carolina," Long said.

State emergency management head Mike Sprayberry thanked him for his work, as did Gov. Roy Cooper.

"Right now FEMA is giving us what we need," Cooper said.

Before the storm struck, FEMA had deployed more than 8 million bottles of water and meals, plus generators, blankets, tarps and cots to North Carolina, South Carolina and Virginia. It was acting on lessons learned following Maria, when it had underestimated the food and fresh water needed, and how hard it would be to get supplies to the island.

It's too early to gauge FEMA's response. While the storm has moved away, the rivers are still rising.