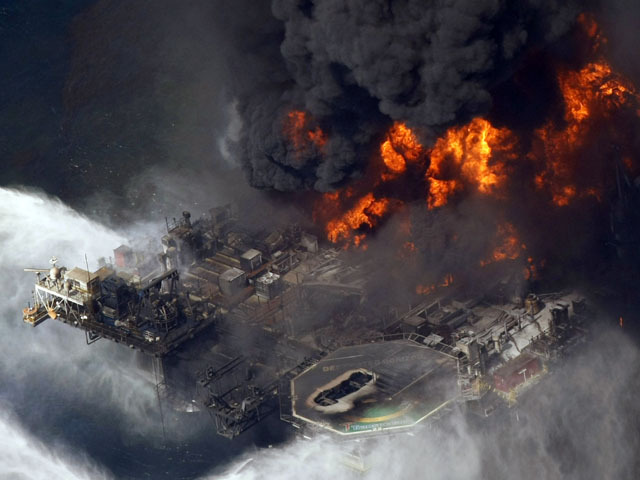 (CBS/AP) NEW ORLEANS - The Justice Department is urging a federal judge to ignore BP's assertion that the Gulf Coast's natural resources are making a "robust recovery" from its massive 2010 oil spill.

In a court filing Friday, government lawyers also renewed their vow to prove at trial that BP engaged in gross negligence or willful misconduct leading up to the deadly rig explosion that killed 11 workers and spawned the nation's worst offshore oil spill. BP PLC faces billions of dollars in fines if U.S. District Judge Carl Barbier ultimately sides with the government.

The memo's combative language is a sign that BP and the Justice Department aren't close to a settlement that would resolve the federal government's claims against the oil giant before a trial scheduled for next year.

"It's a shot across the bow," said David Uhlmann, a University of Michigan law professor and former chief of the Justice Department's environmental crimes section. "Generally speaking, when you see the government use such strong language, it's intended to signal its readiness to go to trial."

In the filing, government lawyers accuse BP executives of trying to minimize their role in the disaster and shift blame to blue-collar rig workers and their partners on the drilling project, including rig owner Transocean Ltd.

"The behavior, words, and actions of these BP executives would not be tolerated in a middling size company manufacturing dry goods for sale in a suburban mall," they wrote. "Yet they were condoned in a corporation engaged in an activity that no less a witness than (former BP chief executive) Tony Hayward himself described as comparable to exploring outer space."

The Justice Department was responding to a BP memo urging Barbier to sign off on a proposed settlement of economic damage claims filed by tens of thousands of Gulf Coast residents and businesses. The government said that it doesn't take a position on the merits of that deal but that BP's Aug. 13 memo contained "plainly misleading representations" that shouldn't go unchecked.

For instance, government attorneys said it's premature for BP to pass judgment on the health of the Gulf of Mexico's ecosystem.

"While it is true that many resources are in a better condition than at the height of the spill - after all, they are no longer slathered in layers of BP's oil - it is also true they continue to suffer significant harm from the spill, and it is not possible at this time to conclude that they have recovered, despite the information that BP presents," they wrote.

The Justice Department also says BP and Transocean rig supervisors and BP engineers could have prevented the Macondo well from blowing out if they correctly interpreted the results of a critical safety test shortly before the blast.

"That such a simple, yet fundamental and safety-critical test could have been so stunningly, blindingly botched in so many ways, by so many people, demonstrates gross negligence," the filing says.

BP said the Justice Department's memo makes it clear the federal government isn't opposed to its proposed settlement with private plaintiffs' attorneys. BP and plaintiffs' attorneys both believe the settlement is "fair, reasonable and adequate" and meets all the legal requirements for Barbier's final approval, the company said in a statement.

"Other issues raised by the government simply illustrate that disputes about the underlying facts remain. BP believes it was not grossly negligent and looks forward to presenting evidence on this issue at trial in January," the company said.

Meanwhile, tar balls washed up on the Louisiana shore in the aftermath of Hurricane Isaac, forcing officials to restrict fishing in water off a 13-mile stretch of coastline. BP said it's still too early to know if the tar is oil oil from the Deepwater Horizon rig.