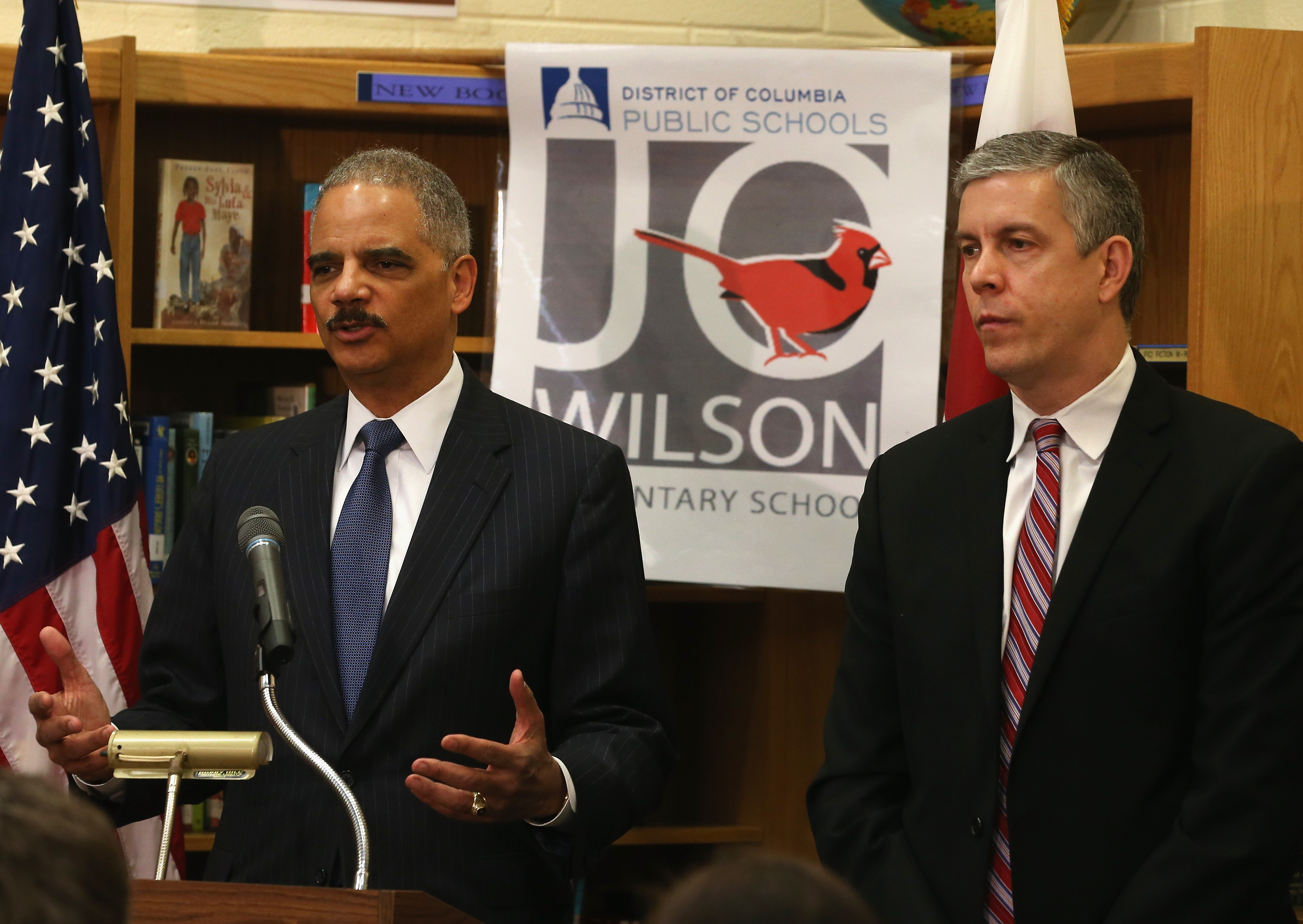 The Justice and Education Departments are teaming up to remind public schools that they are required to provide all children with equal access to education at the elementary and secondary level regardless of their parents' or guardians' citizenship or immigration status.

The "dear colleague," letter to schools providing guidance to schools on their legal obligations comes as the departments say they have "become aware of student enrollment practices that may chill or discourage the participation, or lead to the exclusion, of students."

The guidelines do not change existing practices, but rather remind schools of obligations established by Plyler v. Doe, a 1982 Supreme Court case that affirmed all children are guaranteed equal access to a basic public education regardless of their immigration status. The Justice and Education Departments last issued guidance to schools on their responsibilities in 2011, and the 2014 documents update that guidance by stressing the need for "flexibility" in accepting documents from parents to prove a child's age and area of residence, and remind schools what kinds of documents they can and cannot accept.

"We want to be sure every school leader understands the legal requirements under the Constitution and federal laws, and it is our hope that this update will address some of the misperceptions out there," said Secretary Arne Duncan in a statement. "The message here is clear: let all children who live in your district enroll in your public schools."

Attorney General Eric Holder pledged to "vigilantly enforce the law to ensure the schoolhouse door remains open to all." Any actions to put up barriers to student enrollment, "not only harm innocent children, they also markedly weaken our nation...by leaving young people unprepared and ill-equipped to succeed," he said.

Schools are allowed to request proof that children live within the boundaries of the district, for which they typically accept documents like copies of phone and water bills, lease agreements, and affidavits, the guidance says. While schools may accept a parents' drivers license as evidence, they may not require it to establish residency since it would unlawfully bar a student whose parents in the U.S. illegally and do not have a drivers' license. They may also not deny a homeless child access to school if he or she cannot provide documents to establish residency.

To prove a student meets age requirements, the school may accept certificates showing a date of birth from a religious institution, hospital or physician, an entry in a family bible, an adoption record, or a parent affidavit. A birth certificate is also an acceptable form of proof of age, but school districts are not allowed to discourage children from enrolling in or attending school because they do not have a birth certificate or they only have one from a foreign country.

The agencies also issue guidance on the use of Social Security numbers, which are often requested as a student identification number. If the district requests the number, the agencies say, they must inform parents and children that it is voluntary and refusing to provide a social security number will not result in their child being barred from enrolling or attending school. They also must explain what it is used for.

Schools are also specifically advised not to inquire about a student's immigration or citizenship status, because that information, "is not relevant to establishing residency in the district, and inquiring about it in the context of establishing residency is unnecessary and may have a chilling or a discouraging effect on student enrollment," a Q&A document for school says.