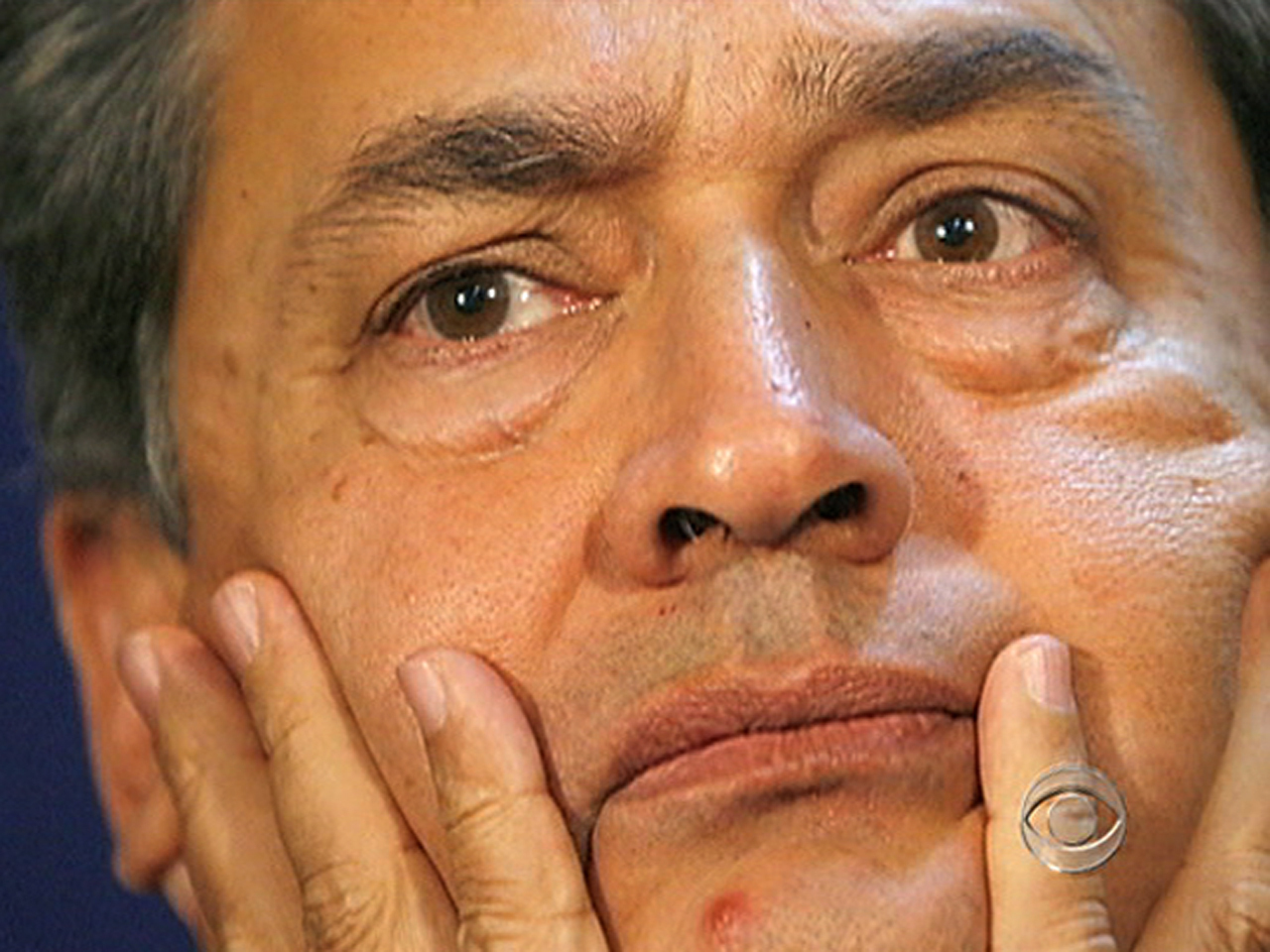 NEW YORK The government on Wednesday urged a judge to send a former Goldman Sachs board member convicted of insider trading charges to prison for at least eight years, calling his crimes shocking, though his lawyers suggested he should serve no time at all after his "monumental fall."

The written arguments were submitted to U.S. District Judge Jed Rakoff, who this year presided over the trial in which Rajat Gupta was convicted. Gupta, a 63-year-old former board member for Goldman and Procter & Gamble Co., faces sentencing Oct. 24.

Gupta, who was born in Kolkata, India, was convicted in an insider trading case that resulted in convictions for two dozen other people, including Raj Rajaratnam, a one-time billionaire hedge fund founder from Sri Lanka who is serving an 11-year prison term. Prosecutors said Gupta fed Rajaratnam inside tips between March 2007 and January 2009, sometimes within seconds of learning the information, and Rajaratnam used the tips to make more than $11 million in illegal profits for him and his investors.

Defense lawyers, who want Gupta spared time behind bars, wrote that his life story was "defined by helping others and one fundamentally at odds with the events of this case." They cited more than 400 letters written on his behalf, including ones mentioning his charity that were signed by Microsoft co-founder Bill Gates and former United Nations Secretary-General Kofi Annan.

"The conduct for which he was convicted represents an isolated aberration and a stark departure from this personal history," the lawyers wrote.

They also noted that Gupta did not profit from the trading that resulted from his tips and did not engage in any trading of his own, though they acknowledged that there was "vague and amorphous evidence relating to the ongoing business relationship and prospective arrangements" between Gupta and Rajaratnam.

They recommended a "lengthy and rigorous program of community service" be required rather than prison time for a man whose "once sterling reputation, built over decades, has been irreparably shattered, and his business and philanthropic accomplishments tainted." They added: "This is the quintessential case of a monumental fall that is, in and of itself, severe punishment."

The government, in its papers, said eight years to 10 years was necessary to reflect the seriousness of the crimes by a man who demonstrated "above-the-law arrogance" and deter others "from stealing corporate secrets and engaging in a crime that has become far too common."

"Gupta's crimes are shocking," the government wrote. "Gupta's crimes are extraordinarily serious and damaging to the capital markets. ... It understandably fuels cynicism among the investing public that Wall Street is rigged and that Wall Street professionals unfairly exploit privileged access to information. This is particularly troubling at a time when there is widespread concern about corruption, greed and recklessness at the highest levels of the financial services industry."

Prosecutors had called the case against Rajaratnam the biggest insider trading probe in history. The investigation made unprecedented use of wiretaps, allowing jurors at Rajaratnam's trial to hear dozens of taped conversations between him and co-conspirators. Rajaratnam, founder of the Galleon Group funds, argued that the tapes revealed nothing more than him doing his duty by asking questions about information already circulating in the "real world" of high finance.