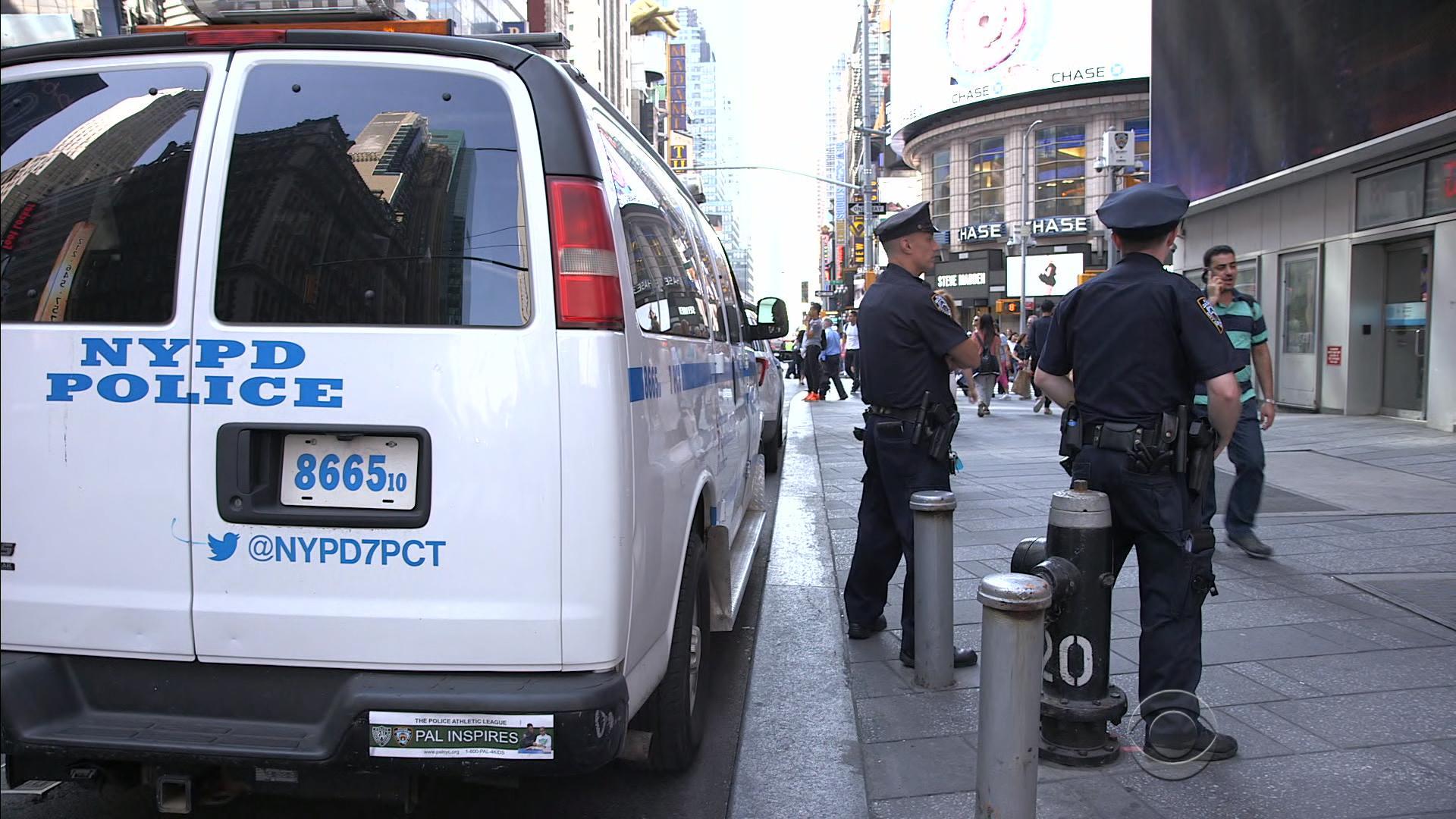 One of the men, Abdulrahman El Bahnasawy, bought bomb-making materials but was arrested after traveling from Canada to New Jersey in May 2016 to stage the attacks, authorities said. His arrest came after an investigation using an undercover FBI agent posing as an Islamic extremist.

According to criminal complaints, El Bahnasawy sent the undercover an image of Times Square with a smartphone message saying, "We seriously need to car bomb times square. Look at these crowds of people!"

In another, El Bahnasawy expressed a desire to "shoot up concerts cuz they kill a lot people. ... We just walk in with guns in our hands. That's how Paris guys did it," the papers said.

The complaints unsealed Friday did not name the venues.

The 19-year-old El Bahnasawy pleaded guilty in October 2016, but the case was sealed while the investigation continued.

According to the complaint, El Bahnasawy and Haroon declared their allegiance to ISIS in electronic communications to an undercover agent, and expressed their desire to carry out a Paris or Brussels-type attack in New York City.  In another communication, Haroon called the subway the "perfect" target, saying they could "shoot as many passengers on the train as possible, including "women or kids," and that "when we run out of bullets we let the vests go off."

It's not clear if they have attorneys.