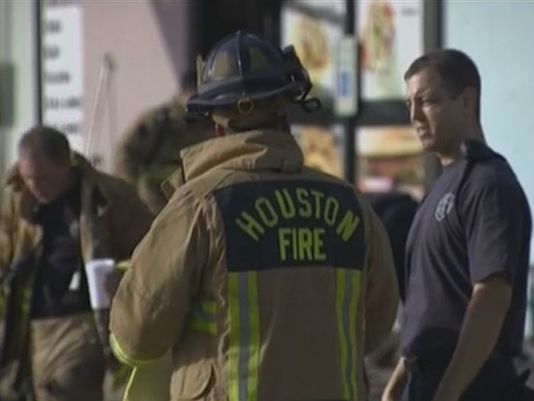 HOUSTON - A fire at a Houston mosque is suspicious and may have been intentionally set, an official from the U.S. Bureau of Alcohol, Tobacco, Firearms and Explosives said Saturday.

The fire was reported Friday afternoon at the Islamic Society of Greater Houston. It caused major damage to the building but no one was injured.

The blaze had "multiple points of origin," which is an indicator that a fire accelerant may have been used, according to ATF Special Agent Nicole Strong with the agency's Houston Field Division.

The Houston Fire Department is investigating with help from the ATF. They are collecting video and other materials, Strong said.

Mustafaa Carroll, who is the executive director for the Houston chapter of the Council on American-Islamic Relations, called on law enforcement to investigate, citing a recent spike in vandalism to mosques that have prompted hate crime investigations.

"We urge law enforcement authorities to investigate a possible bias motive for this fire," he said in a statement.

Dramane Diallo, who is responsible for opening the worship center for prayer every morning, told The Houston Chronicle that the center has no kitchen or equipment that would easily cause an electrical fire.

"It's very hard to believe it was an accident," Diallo said.

CBS affiliate KHOU reports that there is no word on the amount of damage to the mosque, but officials said several other businesses in the area were damaged by the heavy smoke as well.

Advocacy groups believe there has been a spike in anti-Muslim incidents across the United States in recent weeks that can be linked to the mass shooting in California and the inflammatory rhetoric of Donald Trump and other Republican presidential candidates. And they say that Muslims are fearful the backlash could lead to further harassment and violence.

"The spike began with the Paris attacks and has intensified with what happened in San Bernardino and now with what Donald Trump is proposing," Ibrahim Hooper, lead spokesman for the Council on American-Islamic Relations, previously said. "I have never seen such fear and apprehension in the Muslim community, even after 9/11."