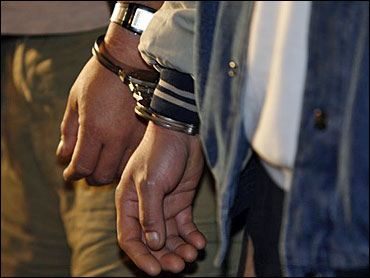 Contrary to a federal directive, major government Web sites including the one operated by the White House are not adhering to a law that requires companies to obtain parental consent before soliciting personal information from children.

The White House Web site invites children to submit personal information, such as their name, address and age along with e-mail messages to the president and first family.

Sites operated by the Environmental Protection Agency and NASA also collect personal information from children who submit art work to be posted on the site. Both agencies show the child's name, age and hometown along with posted drawings.

Federal law that took effect earlier this year requires private sector Web sites to protect the privacy of children. The law does not apply to government sites, but the Office of Management and Budget recently ordered federal agencies to comply with the statute.

The Federal Trade Commission is readying a crackdown on commercial sites that fail to comply with the law.

"My jaw dropped," said Jim Harper, administrator of Internet privacy site Privacilla.org. "This very concern with commercial Web sites giving where children lived and what their ages are was the supposed justification for COPPA (Children's Online Privacy Protection Act)."

The federal law requires commercial Web sites to carry privacy policy statements, get "verifiable parental consent" before soliciting information, and give an opportunity to remove the information.

Peter Swire, OMB's chief counselor for privacy, refused to say in an interview whether the government sites would be investigated or any of their content changed. He stressed that the law was targeted against commercial sites, and that the administration tried to exceed those standards.

"We comply with the spirit of COPPA, given the special legal rules that apply to the White House," Swire said, adding that the Presidential Records Act would keep the correspondence secret for as many as 12 years.

Swire also said that all federal Web sites have been directed to provide their privacy practices along with their budget request at the end of the year, though there is no plan to audit the agencies to review their practices.

"We think that putting privacy compliance into the agency's budget process is a new and useful tool for spreading good privacy practices throughout the federal government," Swire said.

Harper says he has no objection to how the government sites communicate with children, calling the methods "neat." But he points to how businesses have had to remove seemingly harmless content to comply with the law.

A company that has run afoul of COPPA, now calling it a "terrible law,"/b> said the government obviously has no ill will toward children and they were both caught in the same trap.

"COPPA goes far beyond limiting the practice of a business collecting personal information for its own use, to include the responsibility that the business not provide any tool or service that would permit a child to send their personal information to anyone," said Steven Bryan, CEO of Zeeks.com, a site aimed at children.

Zeeks.com had to take down its chat area, free e-mail system and other features because they couldn't afford the cost of getting and verifying a parent's permission.

Bryan said the features were always monitored and had security systems to check for suspicious activity.

Lee Peeler, the FTC's associate director for advertising practices, was unapologetic for the situation faced by Zeeks.com, saying it "goes to the safety issue, of giving kids the ability to communicate with predators without any parental involvement."

Peeler said the commission will start its formal sweep of noncomplying businesses within the next two months, and confirmed that federal sites won't be on the list. COPPA requires the commission to provide a report to Congress on compliance and to identify law enforcement targets.

Zeeks.com's bulletin boards are filled with messages signed by children upset that the features are gone. Bryan said COPPA won't make children safer, but will simply drive them to other free e-mail services and unmonitored sites not designed for youngsters.

"Without question, that is where the kids will go to find these activities," Bryan said. "We've closed the playgrounds and sent the kids to play in the street."