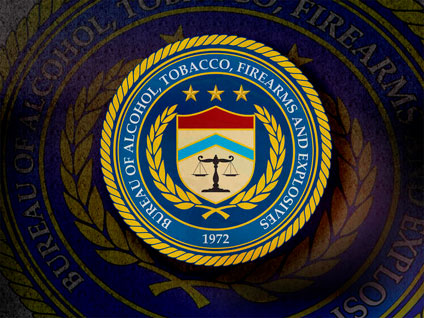 CENTRAL ISLIP, N.Y. (CBS/AP) Federal officials have arrested 19 members of the Pagans motorcycle gang in five states, marking one of the largest roundups of the notorious group since 2002.

Prosecutors said Wednesday that the arrests made during early morning raids in New York, New Jersey, Delaware, Maryland and Massachusetts were the result of a 21-month investigation by agents from the Bureau of Alcohol, Tobacco, Firearms and Explosives, who infiltrated the biker gang's internal operations.

According to an indictment, several members of the Long Island, N.Y. chapter of the Pagans Motorcycle Club met with gang members from other divisions last Sunday in New Jersey, where they discussed plans to kill members of the rival motorcycle gang, Hells Angels.

ATF officials say the conspirators drafted a list of potential targets and were told to be prepared to die or go face time in prison for completing their mission. ATF special agent-in-charge Ronald Turk said the arrests interrupted the conspiracy before anyone was hurt.

The deep-rooted rivalry between the Pagans and Hells Angels is one rife with violence. In 2002, one Pagan member was shot and killed and at least 10 other people were injured when a confrontation erupted after Pagans members decided to crash a motorcycle expo sponsored by Hells Angels.

Seventy-three Pagans were convicted of or pleaded guilty to federal charges in that case. Turk noted that this most recent sting was the largest roundup of Pagans members on Long Island since that case eight years ago.

Authorities reportedly confiscated 34 firearms and one improvised explosive device during the raids Wednesday.

Seven of the defendants were based on Long Island, where they were ordered to be held without bail during their arraignments in U.S. District Court. Members face charges of racketeering, murder conspiracy, assault, extortion, drug distribution, witness tampering and firearms offenses.