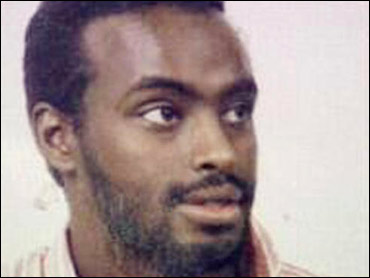 A Somali native living in Ohio has been charged with plotting with other al Qaeda operatives to blow up a Columbus-area shopping mall, according to an indictment unsealed Monday.

The four-count indictment, returned by a grand jury in Columbus, Ohio, charges that Nuradin Abdi, 32, conspired with admitted al Qaeda member Iyman Faris and others to detonate a bomb at the unidentified shopping mall after he obtained military-style training in Ethiopia.

"The American heartland was targeted for death and destruction by an al Qaeda cell which allegedly included a Somali immigrant who will now face justice," Attorney General John Ashcroft said in a late morning press conference.

Abdi is also charged with fraud and misuse of documents by claiming that he had been granted valid asylum status in the United States. In fact, prosecutors say, he obtained that refugee document under false pretenses.

According to Ashcroft, Abdi was allowed to immigrate to the United States in January 1999.

When Abdi later sought documents to travel out of and then return to the United States, he said he was visiting Germany and Saudi Arabia.

In fact, Ashcroft alleged, he went to Ethiopia "to attend a military style training camp" where he was trained in guns, guerilla warfare and bombs.

"Abdi's purpose in securing this training was to prepare himself for violent jihad," Ashcroft said.

Abdi was arrested on immigration charges and has been held since Nov. 28, 2003. According to the Detroit Free Press, Abdi was ordered deported by a federal judge in March.

Abdi faces a maximum of 30 years in prison on the terrorism counts and 25 years on each immigration count.

The indictment mentions "other co-conspirators" besides Faris, but Justice Department officials would not say how many allegedly were involved.

He pleaded guilty to charges that he provided sleeping bags, cell phones and cash to al Qaeda, but withdrew his plea in September.

Faris was subsequently convicted of providing material support to terrorism and conspiracy to provide material support. He is now serving a 20-year sentence at a federal prison in Florence, Colo.

Authorities say Faris traveled to Pakistan and Afghanistan to carry out errands for the terrorist organization. He also met with Osama bin Laden and scouted U.S. sites for possible terrorist attacks, including a plan to take down the Brooklyn Bridge with tools called gas cutters that could burn through its cables, the government says.

Faris allegedly concluded that such a plan would be unlikely to succeed, and reported that back to al Qaeda.

The Justice Department last month said they were worried about an imminent attack this summer and asked for help finding seven alleged terrorist operatives. It is not clear if the mall plot was related to that alert. Abdi was not one of the seven suspected operatives mentioned at that time.

In May, a Tanzanian man who entered the United States illegally was charged with making a phony terror threat on a Los Angeles shopping mall, the FBI said.