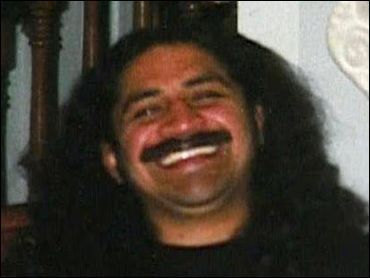 A man accused of plotting to topple New York's Brooklyn Bridge on orders from al Qaeda has asked to withdraw his guilty plea.

Iyman Faris, 34, pleaded guilty in May to charges that he provided sleeping bags, cell phones and cash to al Qaeda.

Authorities say Faris traveled to Pakistan and Afghanistan to carry out errands for the terrorist organization. He also met with Osama bin Laden and scouted U.S. sites for possible terrorist attacks, including a plan to take down the Brooklyn Bridge with tools called gas cutters that could burn through its cables, the government says.

Faris allegedly concluded that such a plan would be unlikely to succeed, and reported that back to al Qaeda.

The defense motion filed Wednesday by Faris' lawyer, Frederick Sinclair, suggested a conflict between the attorney and his client. "Mr. Faris has stated to counsel he wishes to withdraw his plea of guilty for reasons not yet fully explained to counsel by Mr. Faris," the motion said.

Sinclair also wrote that he is awaiting a mental-health evaluation of Faris and that Faris may have been hospitalized in Ohio for an attempted suicide. In a July court document, Sinclair said Faris has been placed on a suicide watch at the Alexandria jail and was taking Prozac, an anti-depressant.

A call to the lawyer was not immediately returned.

Faris' sentencing had been scheduled for Friday but was postponed with no new date set. He faces up to 20 years in prison.

U.S. Attorney Paul McNulty said Faris' guilty plea "has been properly taken by the court, and is not easily set aside. I'm not going to comment beyond that."

Faris' ex-wife, Geneva Bowling, said Thursday that Faris seemed mentally stable around the time he was taken into government custody last spring. But she questioned his stability in the months after their 2000 divorce, which also followed the deaths of his father and stepmother.

At the time, "He was very depressed, very down and out," Bowling said.

Faris, who was born in Pakistan and became a U.S. citizen in 1999, worked for several years as a truck driver.

"On any given day, Iyman Faris appeared to be a hard-working, independent truck driver. He freely crisscrossed the country making deliveries to airports and businesses without raising suspicion," Ashcroft said at an afternoon press conference. "But Iyman Faris led a double life.

"From late 2000 to March of this year, Faris worked in concert with al Qaeda, our enemies, to plot potential attacks against America and its citizens," he said.

At a meeting after the Sept. 11 attacks, an al Qaeda operative asked Faris about his job as a truck driver, Ashcroft said. Faris told him he made deliveries to airports, including some directly to cargo planes.

The al Qaeda operative said he was interested in cargo planes because they held "more weight and more fuel," according to Ashcroft.

"He was told of plans for another simultaneous operation in New York City and Washington D.C.," Ashcroft said.

None of the planned attacks occurred.

Faris is believed to have received instructions directly from senior al Qaeda leader Khalid Shaikh Mohammed, who also is in U.S. custody overseas and has provided U.S. interrogators with valuable intelligence about the terror group.

Mohammed, the suspected mastermind of the Sept. 11 terror attacks, was arrested in early March. It was one of the biggest catches to date in the war on terrorism. At the time of the arrest that Mohammed was also suspected of orchestrating new threats against the United States that were a factor in raising the terrorist threat level in February.