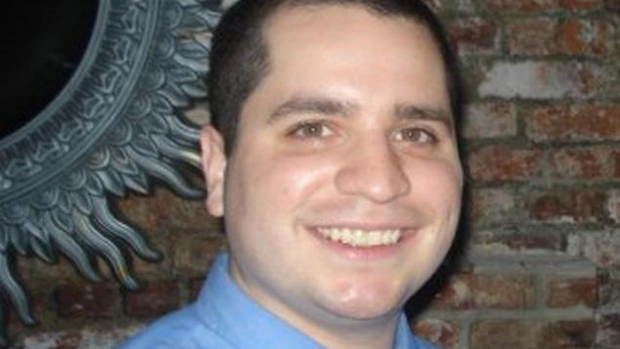 Judge Paul Gardephe ruled late Monday that there was insufficient evidence to support the conviction of Gilberto Valle, the New York Times reported. Valle, who could have faced life in prison, was acquitted of kidnapping conspiracy charges, the most serious count he faced.

He was convicted in March 2013 and had not yet been sentenced.

"The judge's well-reasoned decision validates what we have said since the beginning: There was no crime," defense attorney Julia Gatto said Tuesday, according to CBS New York. "Gil Valle is innocent of any conspiracy. Gil is guilty of nothing more than having unconventional thoughts."

A jury concluded Valle, who is either 29 or 30, wasn't just fantasizing when he conversed online with others he had never met about killing and cooking his wife and others in a cannibalism plot.

"The evidentiary record is such that it is more likely than not the case that all of Valle's Internet communications about kidnapping are fantasy role-play," Gardephe said in his 118-page opinion.

The judge planned a hearing Tuesday on the status of the case; Valle has been in jail since his arrest in 2012.

"Gil Valle has been in jail for 18 long months, seven months in solitary confinement, for a crime he absolutely didn't commit," Gatto said. "We're relieved he will be free and incredibly grateful to Judge Gardephe for upholding the awesome and fundamental legal principles at stake here, including our core freedom to be able to think what we want free of government intrusion."

Prosecutors had argued Valle took steps to carry out his plot, including looking up potential targets on a restricted law enforcement database; searching the Internet for how to knock someone out with chloroform and where to get torture devices and other tools.

Gardephe upheld Valle's conviction on a charge of illegally gaining access to the law enforcement database, which carried a maximum sentence of one year. Valle was fired after his conviction.

In one of the numerous online conversations shown to the jury during the trial, Valle told a man he met in a fetish chat room, "I want her to experience being cooked alive. She'll be trussed up like a turkey. ... She'll be terrified, screaming and crying."

In another exchange, Valle suggested a woman he knew would be easy prey because she lived alone. The men discussed cooking her, basted in olive oil, over an open fire and using her severed head as a centerpiece for a sit-down meal.

Valle defense lawyer Robert Baum had said that the conviction set "a dangerous precedent." The larger principle at stake in the trial was that "people can be prosecuted for their thoughts," he said.

Valle's defense attorneys had vowed to appeal the verdict and said they would appeal to Gardephe to throw out the verdict.