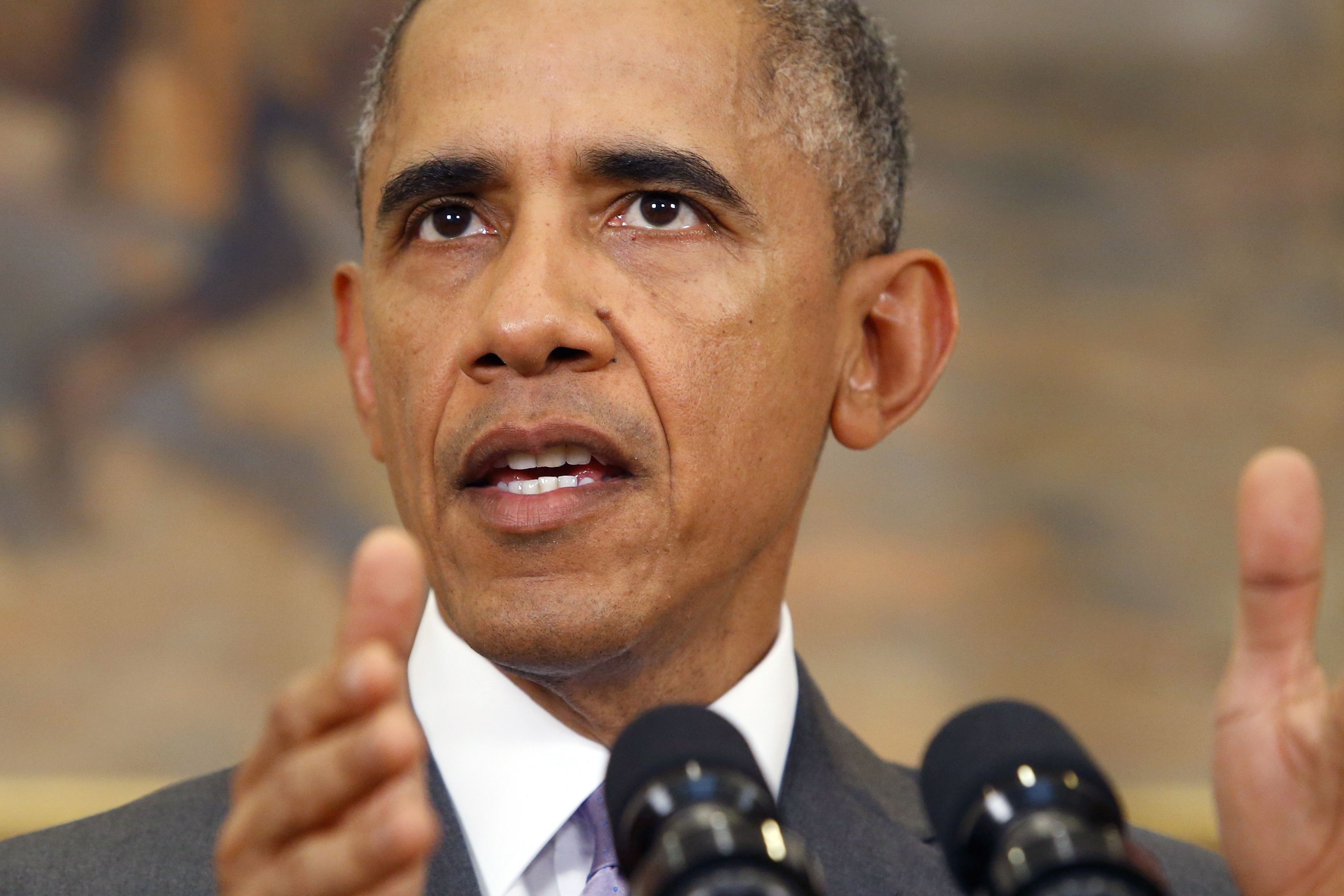 HOUSTON -- A federal judge temporarily blocked President Obama's executive action on immigration Monday, giving a coalition of 26 states time to pursue a lawsuit that aims to permanently stop the orders.

U.S. District Judge Andrew Hanen's decision comes after a hearing in Brownsville, Texas, in January. It puts on hold Mr. Obama's orders that could spare as many as five million people who are in the U.S. illegally from deportation.

CBS News chief White House correspondent Major Garrett reports the judge ruled that the 26 states did indeed have standing to sue, and that the program should go through an administrative review process. He did not rule on the constitutionality of Mr. Obama's actions.

Hanen wrote in a memorandum accompanying his order that the lawsuit should go forward and that without a preliminary injunction, the states would "suffer irreparable harm in this case."

"The genie would be impossible to put back into the bottle," he wrote, adding that he agreed with the plaintiffs' argument that legalizing the presence of millions of people is a "virtually irreversible" action.

The states argued that the president's actions would place financial burdens on them. For example, they would have to process drivers licenses for some of the undocumented immigrants who applied for deportation relief -- a process that could drain time and money from state resources.

The White House in a statement early Tuesday defended the executive orders issued in November as within the president's legal authority, saying the U.S. Supreme Court and Congress have said federal officials can set priorities in enforcing immigration laws.

"The district court's decision wrongly prevents these lawful, commonsense policies from taking effect and the Department of Justice has indicated that it will appeal that decision," the statement said. An appeal would be heard by the 5th U.S. Circuit Court of Appeals in New Orleans.

The first of Mr. Obama's orders - to expand a program that protects young immigrants from deportation if they were brought to the U.S. illegally as children - was set to start taking effect Wednesday. The other major part of the president's action, which extends deportation protections to parents of U.S. citizens and permanent residents who have been in the country for some years, was not expected to begin until May 19.

Joaquin Guerra, political director of the Texas Organization Project, called the ruling a "temporary setback." "We will continue getting immigrants ready to apply for administrative relief," he said in a statement.

Hanen, who's been on the federal court since 2002 after being nominated by President George W. Bush, regularly handles border cases but wasn't known for being outspoken on immigration until a 2013 case.

In an order in that case, Hanen suggested the Homeland Security Department should be arresting parents living in the U.S. illegally who induce their children to cross the border illegally.

The coalition, led by Texas and made up of mostly conservative states in the South and Midwest, argues that Mr. Obama has violated the "Take Care Clause" of the U.S. Constitution, which they say limits the scope of presidential power. They also say the order will force increased investment in law enforcement, health care and education.

In their request for the injunction, the coalition said it was necessary because it would be "difficult or impossible to undo the President's lawlessness after the Defendants start granting applications for deferred action."

Texas Attorney General Ken Paxton called the decision a "victory for the rule of law in America" in a statement late Monday. Texas Gov. Greg Abbott, who as the state's former attorney general led the state into the lawsuit, said Hanen's decision "rightly stops the President's overreach in its tracks."

House Judiciary Committee Chairman Bob Goodlatte, R-Virginia, hailed the decision in a statement issued Wednesday. "President Obama's executive overreach on immigration poses a clear and present danger to our Constitution and I am pleased that the President's actions have been temporarily halted so that the states' lawsuit can move forward," Goodlatte said. "By acting unilaterally to rewrite our nation's immigration laws, President Obama has disregarded the will of the American people and violated the Constitution. We cannot allow one man to nullify the law of the land with either a stroke of his pen or a phone call."

Congressional Republicans have vowed to block Mr. Obama's actions on immigration by cutting off Homeland Security Department spending for the program. Earlier this year, the Republican-controlled House passed a $39.7 billion spending bill to fund the department through the end of the budget year, but attached language to undo Mr. Obama's executive actions. The fate of that House-passed bill is unclear, as Republicans in the Senate do not have the 60-vote majority needed to advance most legislation.

Those supporting Mr. Obama's executive order include a group of 12 mostly liberal states, including Washington and California, as well as the District of Columbia. They filed a motion with Hanen in support of Mr. Obama, arguing the directives will substantially benefit states and will further the public interest.

A group of law enforcement officials, including the Major Cities Chiefs Association and more than 20 police chiefs and sheriffs from across the country, also filed a motion in support, arguing the executive action will improve public safety by encouraging cooperation between police and individuals with concerns about their immigration status.

Sen. Bob Corker, R-Tennessee, predicted on the CBS News broadcast "Face the Nation" on Sunday that congressional differences over DHS funding "would be resolved," but didn't say exactly how he thought that would happen.

"I'll be the first to say when we have a department whose mission is to protect the homeland, especially in these times we need to fund it, and hopefully Congress over the next period of time will figure out a way to go forward," he said. "We do not need to leave our nation in a situation with the type of threats that we have with an agency that's not working at full steam."

"I don't see exactly how Congress is going to resolve this," he said in a separate "Face the Nation" interview. "It is very important that we not, however, take the path that they're suggesting we do take, which is, Congress will continue to get paid, but law enforcement officials associated with defending our borders, protecting us against cyberattacks, defending our airports and making sure that airlines and aviation security is upheld are forced to work without pay. That is something we should not do."