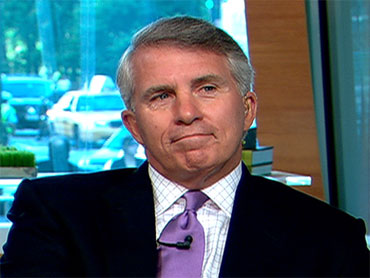 Roland Rust's frustration with products that do too much can be summed up in a seemingly simple gift he received recently - a mouse pad.

Rather than the rubber or plastic square that sits on most desks, this was meant to be a better mousetrap mousepad. It had a clock, calculator, radio, and even a guide on how to use all the gadgets. All of which was too much for Rust.

"That seemed a bit extreme to me," said Rust, a professor of marketing at the University of Maryland's Smith School of Business. "I was astounded."

So astounded that he decided to study what he calls "feature fatigue," often referred to as "feature creep." He and other researchers at the Smith School found consumers are tantalized by those extra gizmos and functions on products they buy, believing they make them more useful. But soon frustration sneaks in, even with the most skilled users. Alienated consumers abandon those products in favor of others that do less better.

It is no longer just the last-night television hucksters (It slices! It dices! It does your taxes!) who are cramming features into their products. With the development of cheap microprocessors that can add functions at little extra cost, Rust says many consumer goods companies are packing gadgets with extra, sometimes unnecessary, uses. And consumers are more than willing to buy them.

The researchers conducted three studies using undergraduate students in groups ranging from 130 to 190 people. Students were given digital and audio players with varying features, and asked to rate them on factors such as usability and capability. The studies were meant to determine which factors students found important before and after they tried the products.

More students picked the models with the most features, even though they thought the added functions would make them harder to use. When asked whether they wanted to add features, the majority loaded them on. But given another choice after using the souped-up versions, most chose to go back to a simpler model.

Feature fatigue is pervasive, on everything from exercise equipment to televisions. Some prime offenders the Maryland researchers cite are companies that make cell phones and cars, especially luxury models.

There are some examples of companies that resist the temptation to weigh down their products with extras. Apple's iPod, for example, is wildly successful because it is relatively easy to use, Rust said. Google's home page is bare bones and simple to use for browsers who want to do Internet searches. The company's other products are found on other pages.

All those extra tools on cell phones don't necessarily mean the phone is more confusing or less useful, said Laura Marriott, executive director of the Colorado-based Mobile Marketing Association, which represents groups that include wireless device manufacturers and wireless providers.

Adding extra functions can help users find what they are looking for in one phone, Marriott said. New additions and functions are usually tried out first by tech-saavy consumers she labeled "early adopters" and "fast followers," and are then adopted by the majority of cell phone customers.

"We are seeing applications merged into a single device," Marriott said. "They are getting easier to use and more streamlined."

Not all consumers welcome that development. Sachin Agarwal, a 30-year-old MBA student at the Smith School, said that when he shops for a cell phone, he's more interested in how it works as a phone rather than its extra features. He only recently discovered that his phone has a tip calculator.

"The problem is a lot of the time these gadgets are loaded with stuff just for the sake of loading them with stuff," said Agarwal, who was not part of the Rust study and hasn't taken a course with the professor. "They are not very useful."

Rust says his research has lessons for both industry and consumers. Companies worried about building customer loyalty shouldn't drive them away by making products that are too complex and sow frustration. Allowing consumers to try out all the features of products before they buy can also help.

The same advice is true for consumers. If you are shopping for a television, play around with it in the store to see if you are comfortable with it, he said. And think twice before you buy the one that comes with the built-in toaster oven.

"If you think you want something with lots of features, you ought to think twice about that," Rust said.
By Stephen Manning

El Niño has arrived. What does it mean for the weather?