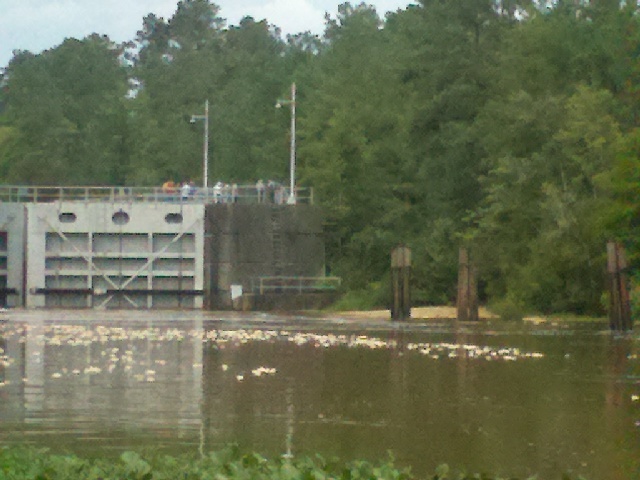 (AP) SLIDELL, La. - A spokeswoman for St. Tammany Parish said parish officials were working to relieve pressure on a lock in danger of failing and flooding hundreds of rural homes near a canal that branches off the Pearl River

An evacuation was ordered Saturday evening for part of rural St. Tammany because authorities feared Lock 2 on the Pearl River Diversion Canal was in danger of failing.

The order affects several hundred to as many as 2,000 people. Area waterways are swollen because of heavy rains from Hurricane Isaac.

The U.S. Army Corps of Engineers operates the lock. Parish spokeswoman Suzanne Parsons Stymiest said the parish got permission from the corps to relieve pressure on the structure by opening a valve that will allow a controlled flow of water through it.

She said the canal now is used for recreational purposes but she was told it once was a commercial waterway. "That would be the reason for the locks," she said.

The state's Joint Information Center said vessels, trucks and personnel from the Louisiana National Guard and the state Department of Wildlife and Fisheries were being used to aid the evacuation. State police also were aiding the evacuation and the state health department sent ambulances in case they were needed by "medically fragile" evacuees.