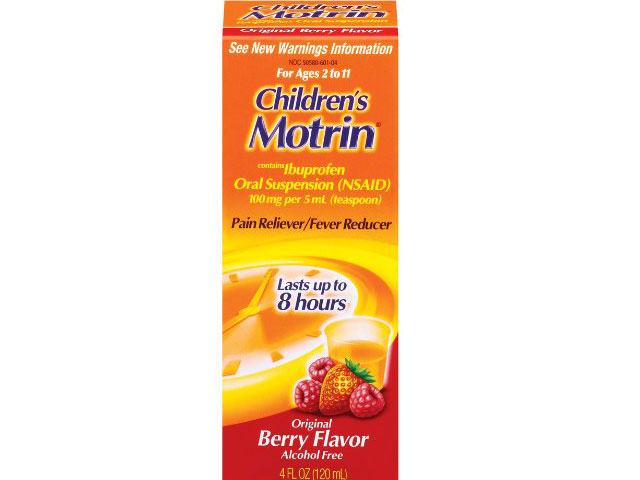 BOSTONA jury has awarded a Massachusetts teenager and her parents $63 million nearly a decade after she suffered a life-threatening drug reaction that caused her to lose most of her skin after taking Johnson & Johnson's children's pain reliever Motrin.

Johnson & Johnson and its McNeil-PPC Inc. subsidiary should pay Samantha Reckis and her parents a total of $109 million, including interest, a Plymouth Superior Court jury decided on Wednesday.

Samantha was 7 when she was given Motrin brand ibuprofen, family attorney Brad Henry said. She suffered a rare side effect known as toxic epidermal necrolysis (TEN) and lost 90 percent of her skin and was blinded, he said.

She suffered brain damage that "thankfully" involved only short-term memory loss, he said, and surgeons had to drill through her skull to relieve some pressure.

The family filed the lawsuit in January 2007, claiming that Samantha was blinded by Motrin and alleging that Johnson & Johnson failed to warn consumers that the drug could cause life-threatening reactions. The five-week trial ended on Wednesday when the jury awarded $50 million in compensatory damages to Samantha and $6.5 million to each of her parents.

Samantha, now 16 years old, had previously taken Motrin without suffering any side effects. Her parents began giving her the medication to reduce fever that began the day after Thanksgiving in 2003. The resulting toxic epidermal necrolysis -- a potentially fatal skin disease that inflames the mucus membranes and eyes and is marked by a rash that burns off the outer layer of skin -- puzzled physicians.

"It's like having your skin burned off of you," Henry told The Boston Globe. "Imagine your worst sunburn times 1,000. It's an absolutely devastating condition."

TEN is a more severe form of Stevens-Johnson syndrome (SJS), according to the National Institutes of Health. Medications including nonsteroidal anti-inflammatory drugs (like ibuprofen), anti-gout drugs, penicillins and anticonvulsants most commonly cause the condition according to the Mayo Clinic. Other infections like herpes, influenza, HIV, typhoid, and hepatitis can also trigger SJS.

The McNeil unit of Johnson & Johnson Services Inc., which is based in New Brunswick, N.J., said it disagreed with the verdict and was considering additional legal options.

"The Reckis family has suffered a tragedy, and we sympathize deeply with them," it said in a statement.

But the firm sought to defend Children's Motrin, saying it is "labeled appropriately" and when used as directed is "a safe and effective treatment option for minor aches and pains and fever."

"A number of medicines, including ibuprofen, have been associated with allergic reactions and as noted on the label, consumers should stop using medications and immediately contact a healthcare professional if they have an allergic reaction," it said in the statement.

Samantha, who lives in Plymouth, is an honor student but has to work twice as hard as other students to retain the same amount of information, Henry said. She doesn't want to let her plight hold her down, he said.

"The Reckis family is forever grateful that this courageous and wise jury of twelve citizens of Plymouth County saw and declared the truth about what happened to Samantha in 2003: that Children's Motrin caused Sammy's life-altering injuries. Drug companies like Johnson & Johnson can no longer hide behind an approval by the overworked FDA as an excuse not to warn consumers about known, devastating drug reactions like SJS and TEN. Parents like us have a right to know. It was an historic day for consumer safety."

In a similar case in Pennsylvania, a girl was awarded $10 million in 2011 after an adverse reaction to Children's Motrin caused her to lose 84 percent of her skin, suffer brain damage and go blind.