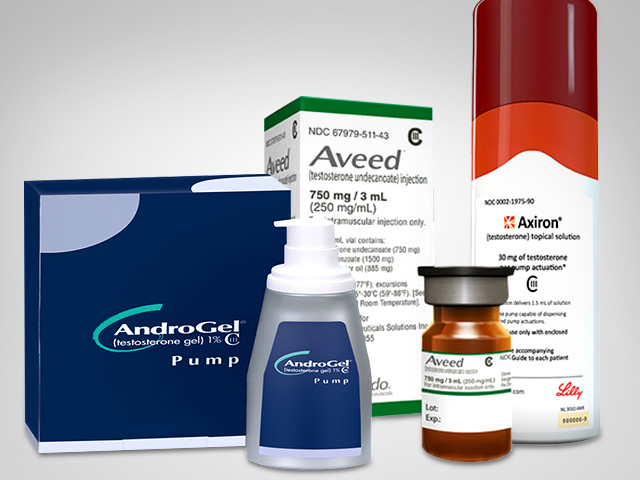 WASHINGTON -- The Food and Drug Administration is warning doctors against over-prescribing testosterone-boosting drugs for men, saying the popular treatments have not been established as safe or effective for common age-related issues like low libido and fatigue.

The agency says drugmakers must clearly state in their labeling and promotions that the drugs, currently taken by millions of U.S. men, are only approved to treat low testosterone levels caused by disease or injury, not normal aging.

Additionally, the FDA cautioned that the drugs may increase the risk of heart attack, stroke and other cardiovascular problems. Drugmakers must add information about that potential risk to their prescribing labels and conduct a long-term study to further examine the issue, the FDA said. Health officials in Canada issued a similar warning about testosterone risks last July.

The warning comes just over a year after a study at UCLA documented the link between testosterone supplements and heart attacks. The analysis of insurance claims for more than 55,000 men found that in men 65 and older, the risk of heart attack more than doubled within 90 days of starting testosterone drugs. In men younger than 65,with a history of heart disease, the risk almost tripled.

"We don't know very much about this therapy," Dr. Steve Nissen, a cardiologist at the Cleveland Clinic, told CBS News chief medical correspondent Dr. Jon LaPook when that study came out. "What's going on is a giant experiment with American men's health at stake because we don't have the long-term data on the safety of these products."

The FDA action follows years of industry marketing for new gels, patches and injections that promise relief from low testosterone or "Low-T." Promotions from AbbVie, Eli Lilly & Co. and others link the condition to a variety of common ailments in aging men, including sexual problems and low mood.

"There's been a very successful advertising campaign to make men feel that whatever their problem is, the answer is to buy more testosterone," said Dr. Sidney Wolfe of Public Citizen. The consumer advocacy group petitioned the FDA last February to add a boxed warning -- the most serious type -- to testosterone drugs about heart risks. But the FDA rejected the petition in July, saying there was "insufficient evidence" for such a warning.

The advertising blitz for drugs like AbbVie's Androgel and Lilly's Axiron has pushed sales of testosterone drugs to over $2 billion. Roughly 2.3 million U.S. patients filled a prescription for testosterone in 2013, up 77 percent from 2010, according to FDA figures.

The heading on AbbVie's Androgel website reads: "You are a man. You want the facts. You get down to business. You might have low testosterone."

North Chicago-based AbbVie said in a statement that the company "is committed to our patients and we continue to work with the FDA."

Testosterone injections were first approved in the 1950s for men who had been diagnosed with hypogonadism, a form of abnormally low testosterone caused by disorders of the testicles, brain and other hormone-related organs.

But current labeling on the drugs is vague enough that companies have been able to promote them to millions of otherwise healthy men who simply have lower-than-normal levels of testosterone.

"The benefits and safety of this use have not been established," the FDA said in a statement Tuesday.

While men's testosterone levels naturally decline after age 40, experts disagree on whether that drop actually leads to the issues like decreased energy and lower bone density.

Additionally, testosterone levels change by the hour and are affected by a range of environmental factors, such as stress and sexual arousal.

Companies sell prescription testosterone in a variety of forms. The market leader, Androgel, is a gel applied to the shoulders and arms. Lilly's Axiron is a solution that rolls on like deodorant. Endo Pharmaceuticals sells a long-acting injectable testosterone as Aveed.