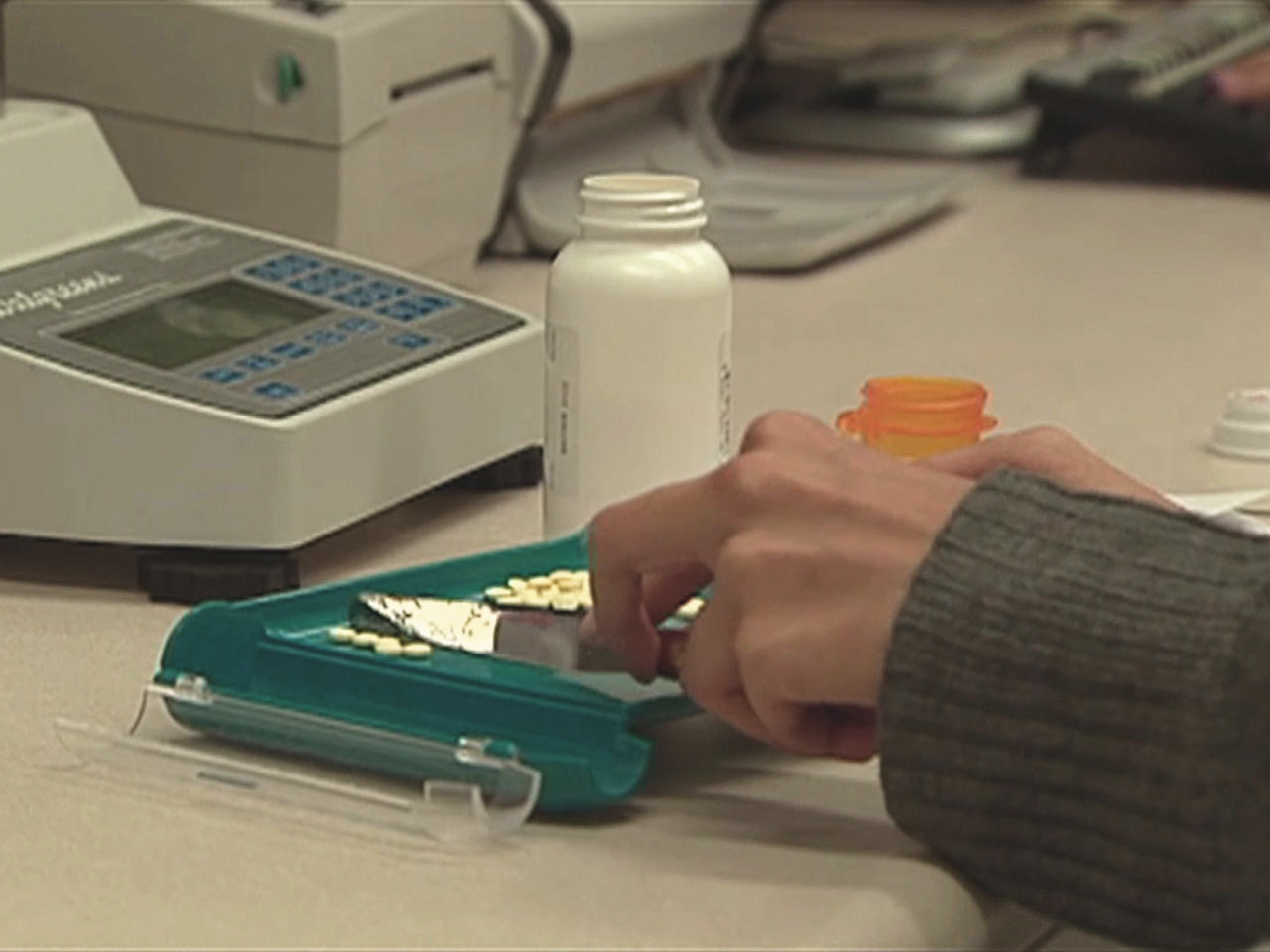 A new formulation of a powerful narcotic painkiller that discourages potential abusers from snorting or injecting the drug has been approved by the U.S. Food and Drug Administration.

Called Targiniq ER and made by Purdue Pharma, the pill is a combination of the narcotic oxycodone and naloxone, a drug that blocks the euphoric effects of oxycodone. The naloxone is only activated when the pill is crushed, snorted, dissolved or injected, according to the FDA.

While Targiniq has only been approved for patients who have chronic pain that has not responded to other medications, the FDA acknowledged the medication can still be abused simply by taking too many pills. Currently, that is the most common way oxycodone is misused.

Experts made the same point.

"When the pills are swallowed they are as addictive and dangerous as pure oxycodone," Andrew Kolodny, chief medical officer of the Phoenix House, an alcohol and drug abuse treatment provider, told CNN.

"In a sense it's playing a game of 'whack a mole,' because if people are addicted to opiates, they will find an opiate," Caleb Banta-Green, senior research scientist at the Alcohol and Drug Abuse Institute at the University of Washington, told the news service.

The FDA has come under intense pressure in recent years to restrict the use of narcotic painkillers following reports of escalating painkiller abuse in the United States.

In 2012 alone, 259 million prescriptions were written for powerful painkillers. That's enough for every adult to have their own bottle of pills, U.S. Centers for Disease Control and Prevention officials have said.

And deaths linked to overdoses of narcotic painkillers have quadrupled since 1990, reaching more than 17,000 deaths in 2011, according to the latest CDC estimates.

FDA officials noted Wednesday that approvals of painkillers that are formulated to deter potential abuse are part of a larger effort to curb abuse while still providing some avenue of relief for patients who suffer intense daily pain that does not respond to other medications. In 2010, Purdue Pharma introduced a hard-to-crush version of Oxycontin, and research has shown that abuse of Oxycontin has since decreased, according to CNN.

"The FDA is committed to combating the misuse and abuse of all opioids, and the development of opioids that are harder to abuse is needed in order to help address the public health crisis of prescription drug abuse in the U.S.," Dr. Sharon Hertz, deputy director of the division of anesthesia, analgesia and addiction products in the FDA's Center for Drug Evaluation and Research, said in an agency news release.

Targiniq's approval was based on the results of a study that involved more than 600 patients struggling with lower back pain, the agency said. The medication proved to be both safe and effective, with the most common side effect being nausea and vomiting.

Still, the FDA will require Purdue Pharma to conduct further studies to monitor any abuse of the drug.