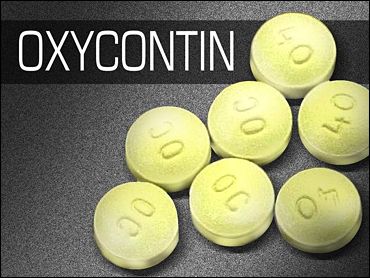 The first generic versions of the potent painkiller OxyContin have been approved for market, a move likely to help patients with long-term pain save money on the drug that has been illegally used by drug abusers.

OxyContin is a long-lasting version of oxycodone, a narcotic considered important therapy for many patients suffering long-term, severe pain from illnesses such as cancer. The tablet, when swallowed whole, provides 12 hours of pain relief.

But the drug can produce a quick and potentially lethal high if it is chewed, snorted or injected. It has been linked to more than 100 deaths and bears the government's strongest warning label, which says the drug may be as addictive as morphine.

Abuse of OxyContin is a serious law-enforcement problem, but its cost — hundreds of dollars a month — has had patients who depend on its pain relief anxiously awaiting generic competition.

Late Tuesday, the Food and Drug Administration cleared Teva Pharmaceuticals and Endo Pharmaceuticals to sell generic versions of extended-release oxycodone. As a condition, the companies must include abuse warnings, doctor education and other steps aimed at minimizing illegal use that are similar to the risk-management program run by OxyContin maker, Purdue Pharma.

It's unclear when the generic versions will go on the shelves. A federal judge recently ruled some OxyContin patents unenforceable, clearing the way for generic competition, but Purdue Pharma has filed legal notice that it will appeal.

"This development does not diminish our confidence that the court of appeals will overturn the lower court's decision," Purdue Pharma spokesman Robin Hogen said Wednesday.

Teva and Endo haven't said how much they will charge, but generic competition can eventually cause drug prices to drop by a third or even half.

But generic competition usually doesn't increase overall use of a medication very much, noted Tom Riley of the White House's Office of National Drug Control Policy.

And many of the prescription painkillers that are abused come from stolen supplies, he noted. "Areas where abuse is more flagrant are operating under a different price mechanism anyway," he said. "The price is what the criminals want to charge."

The FDA is bound by law to approve generic competition for effective drugs. Agency officials said in a statement they were seeking to balance effective pain management for more than 10 million Americans who suffer chronic pain with a minimized potential for abuse.

Earlier this month, the Bush administration announced new steps to help curb abuse of OxyContin and other prescription painkillers, including steps to help states track patient use, spot doctor shopping and shut down "pill mills" that illegally sell controlled substances over the Internet.