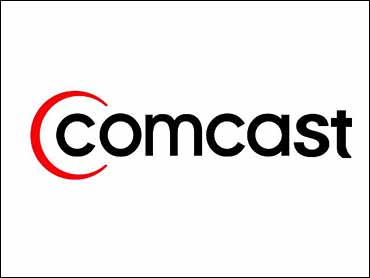 A divided Federal Communications Commission has ruled that Comcast Corp. violated federal policy when it blocked Internet traffic for some subscribers and has ordered the cable giant to change the way it manages its network.

In a precedent-setting move, the FCC by a 3-2 vote on Friday enforced a policy that guarantees customers open access to the Internet.

The commission did not assess a fine, but ordered the company to stop cutting off transfers of large data files among customers who use a special type of "file-sharing" software.

Comcast says its practices are reasonable - that it has delayed traffic, not blocked it - and that the FCC's so-called network-neutrality "principles" are part of a policy statement and are not enforceable rules.

Republican FCC Chairman Kevin Martin proposed the enforcement action and was joined by Democratic commissioners Jonathan Adelstein and Michael Copps in voting for approval. He was opposed by members of his own party, commissioners Robert McDowell and Deborah Taylor Tate, who both issued lengthy dissents.

The commission's authority to act stems from a policy statement adopted in September 2005 that outlined a set of principles meant to ensure that broadband networks are "widely deployed, open, affordable and accessible to all consumers."

The principles are "subject to reasonable network management," a concept the agency has not explicitly defined.

While the FCC action did not include a fine, it does require Comcast to stop its blocking practice by the end of the year. The company must also provide details to the commission on the management techniques it has used and let consumers know details of its future plans.

Martin was particularly critical of the company's failure to disclose to customers exactly how it was managing its traffic, saying this action "compounded the harm."

Martin said Comcast managers were not "simply managing their network, they had arbitrarily picked an application and blocked their subscribers' access to it."

Comcast spokeswoman Sena Fitzmaurice said in a prepared statement that the company was "disappointed in the commission's divided conclusion because we believe that our network management choices were reasonable...."

She said the company believes the order "raises significant due process concerns and a variety of substantive legal questions."

The FCC's action means network operators are subject to the FCC's enforcement process and the agency will act on consumer complaints.

Martin told The Associated Press in an interview before the meeting that the agency will consider fines for future violations, but he declined to speculate on how large they would be.

The FCC action arose when bloggers reported that Comcast customers who used file-sharing software like BitTorrent were noticing their transmissions were aborting prematurely.

The Associated Press ran tests and reported Comcast was indeed cutting off transfers by masquerading as its one of its customers.

The report led to a complaint by public interest group Free Press and others that the company was violating agency principles.

Comcast has said it did not block traffic, but delayed it, and only among users of the file-sharing, peer-to-peer programs that were responsible for taking up a disproportionate share of bandwidth and endangering service for other customers.

The company has pledged to stop using its network management practice by the end of the year and switch to a "protocol agnostic" technique that will not single out any particular type of user.

The action is the first test of the agency's network neutrality principles.

The enforceability of the principles have been questioned by many, including Martin, who said when the policy statement was adopted in 2005 that they "do not establish rules nor are they enforceable documents."

Large Internet service providers have fought such regulation, arguing that companies that spend billions on their networks must be free to manage traffic.