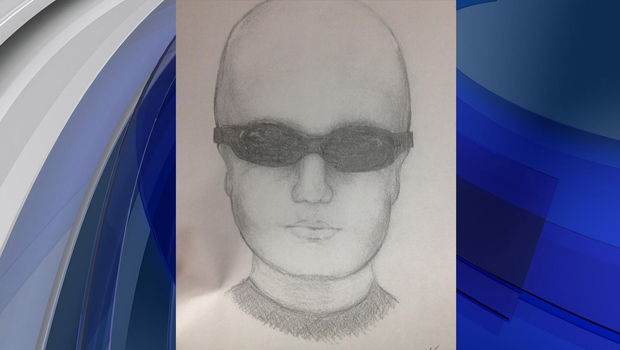 COLORADO SPRINGS, Colo. -- Authorities on Friday released a composite sketch of the man they believe detonated an explosive near the offices of the Colorado Springs chapter of the NAACP.

The FBI and Bureau of Alcohol, Tobacco and Firearms also offered a $10,000 reward for information on Tuesday's explosion, which caused only minor damage and no injuries but rattled nerves due to its proximity to the nation's oldest civil rights organization.

Federal officials say they do not know whether the NAACP was targeted but are investigating the explosion as a possible hate crime.

FBI Special Agent in Charge Thomas Ravenelle said Friday authorities drew the sketch of a bald white man with sunglasses based on accounts of witnesses who saw him place a device behind the building that houses the NAACP and a black-owned barbershop. The man returned to his truck and left as the device detonated.

Ravenelle said there were no threats to the NAACP in the weeks before the bombing. "Only the bomber knows why he put this there," he said.

The crude device failed to ignite a canister of gasoline placed next to it, but Ravenelle said even if it had succeeded it probably would have only caused minor damage. He said that doesn't undermine the seriousness of the crime, however.

"The bottom line is somebody placed a bomb outside of a facility with the intent of doing something nefarious. That's enough for us to do the investigation. We don't have to have a certain degree of damage to prosecute somebody on this," Ravenelle said, according to CBS Denver.

On Tuesday, the Denver NAACP office denounced the incident as a hate crime.

"This is proof that racism is still alive and reared its ugly head in the form of this cowardly act. Regardless of the actions of others, we will continue to fight for the equality of all people," the civil rights group said in a statement.

"We're standing vigilant and are trying not to let this disrupt anything," Colorado Springs NAACP volunteer Harry Leroy said Wednesday.

Colorado Springs police said they were stepping up patrols in the area.