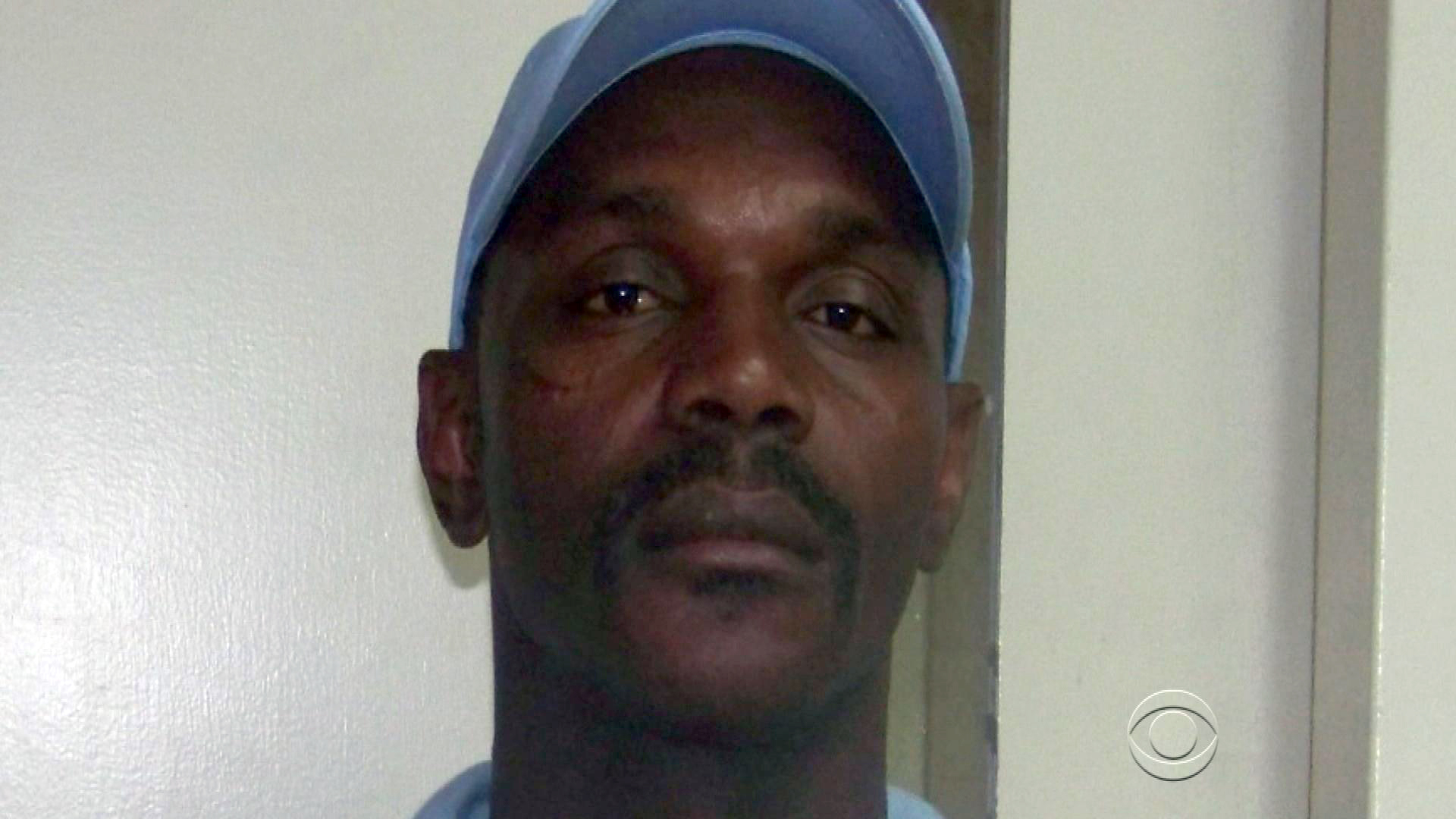 PORT GIBSON, Mississippi - An FBI agent appealed for patience after a black man was found hanging from a tree in Mississippi, saying 30 federal, state and local agents were working intensively to determine whether he was killed or committed suicide.

The county coroner confirmed that the man found hanging from a white sheet Thursday was Otis Byrd, an ex-convict reported missing by his family more than two weeks ago.

Police tell CBS News Byrd was found about 500 yards from his home. He was two feet off the ground, a skullcap halfway over his head. There were no obvious signs of trauma.

Claiborne County Sheriff Marvin Lucas Sr. told The Associated Press earlier Friday that Byrd did not appear to have stepped off of anything in the area where he was found hanging from a tree limb about 12 feet high. His hands were not bound, Lucas said.

"It wasn't no chair, no ladder," Claiborne County Sheriff Marvin Lucas said, adding that it didn't appear Byrd had stood on something or had been restrained.

It was Lucas who called in the FBI.

"We all know the history of Mississippi, and I don't want anyone to feel like I got anything to hide," Lucas said.

"Everybody wants answers and wants them quickly. We understand that," FBI Special Agent Don Alway told a crowd on Friday outside the Claiborne County Courthouse. "We are going to hold off on coming to any conclusions until the facts take us to a definitive answer."

Early Saturday, the FBI issued a statement saying that agents are in the process of tracking down relatives and acquaintances of Byrd, both in and out of Mississippi.

Alway said investigators are interviewing Byrd's family and friends and searching his rental home and a storage unit for clues, and will not reveal any evidence along the way.

"Life matters," Lucas told the crowd. "I commit to you, as the sheriff of Claiborne County, that I will not allow the shadows of the past to cast a shadow on the future."

The results of an autopsy could take days; investigators expect to have preliminary information about the cause of death next week, Alway said. Byrd's body was released to a funeral home Friday, said Mississippi Department of Public Safety spokesman Warren Strain.

Byrd worked on offshore oil rigs and enjoyed gambling in casinos in his off time after getting out of prison, where he served 26 years for fatally shooting a woman while robbing $101 from her convenience store in 1980.

He wasn't the type to commit suicide, friends and family said.

"He tried to turn his life around. He was going to church every Sunday," said his stepsister, Tracy Wilson. "Anybody could have done this. I just don't see him doing it to himself."

Smith said she is planning to participate in a march Monday in Port Gibson to protest Byrd's death.