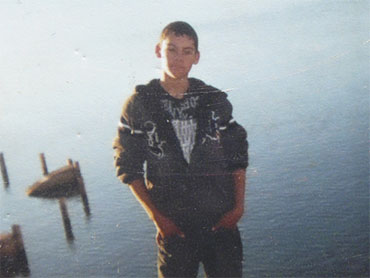 Pointing their rifles, Mexican security forces chased away U.S. authorities investigating the shooting of a 15-year-old Mexican by a U.S. Border Patrol agent on the banks of the Rio Grande, the FBI and witnesses said.

The killing of the Mexican by a U.S. authorities — the second in less than two weeks — has exposed the distrust between the two countries that lies just below the surface, and has enraged Mexicans who see the death of the boy on Mexican soil as an act of murder.

Shortly after the boy was shot, Mexican soldiers arrived at the scene and pointed their guns at the Border Patrol agents across the riverbank while bystanders screamed insults and hurled rocks and firecrackers, FBI spokeswoman Andrea Simmons said. She said the agents were forced to withdraw.

A relative of the dead boy who had been playing with him told the Associated Press that the Mexicans — who he described as federal police, not soldiers — pointed their guns only when the Americans waded into the mud in an apparent attempt to cross into Mexico.

The Mexican authorities accused the Americans of trying to recover evidence from Mexican soil and threatened to kill them if they crossed the border, prompting both sides to draw their guns, said the 16-year-old boy who asked not to be further identified for fear of reprisal.

The boy was shot late Monday by a Border Patrol agent who says he was defending himself from rock throwers along the nearly dry Rio Grande that divides Ciudad Juarez, Mexico, from El Paso, Texas.

Mexicans said they were seething over the killing of the teen Wednesday and the incident threatened to escalate tensions over migrant issues.

About 30 relatives and friends gathered late Tuesday to mourn Sergio Adrian Hernandez Huereka, whose shooting Monday evening came along the border with Texas. He died on the Mexican side of the river.

"Damn them! Damn them!" sobbed Rosario Hernandez, sister of the dead teenager, at a wake in the family's two-room adobe house on the outskirts of Ciudad Juarez.

The shooting happened beneath a railroad bridge linking the two nations, and late Tuesday night a banner appeared on the bridge that said in English: "U.S. Border Patrol we worry about the violence in Mex and murders and now you. Viva Mexico!"

Less than two weeks ago, Mexican migrant Anastasio Hernandez, 32, died after a Customs and Border Protection officer shocked him with a stun gun at the San Ysidro border crossing that separates San Diego and Tijuana, Mexico. The San Diego medical examiner's office ruled that death a homicide.