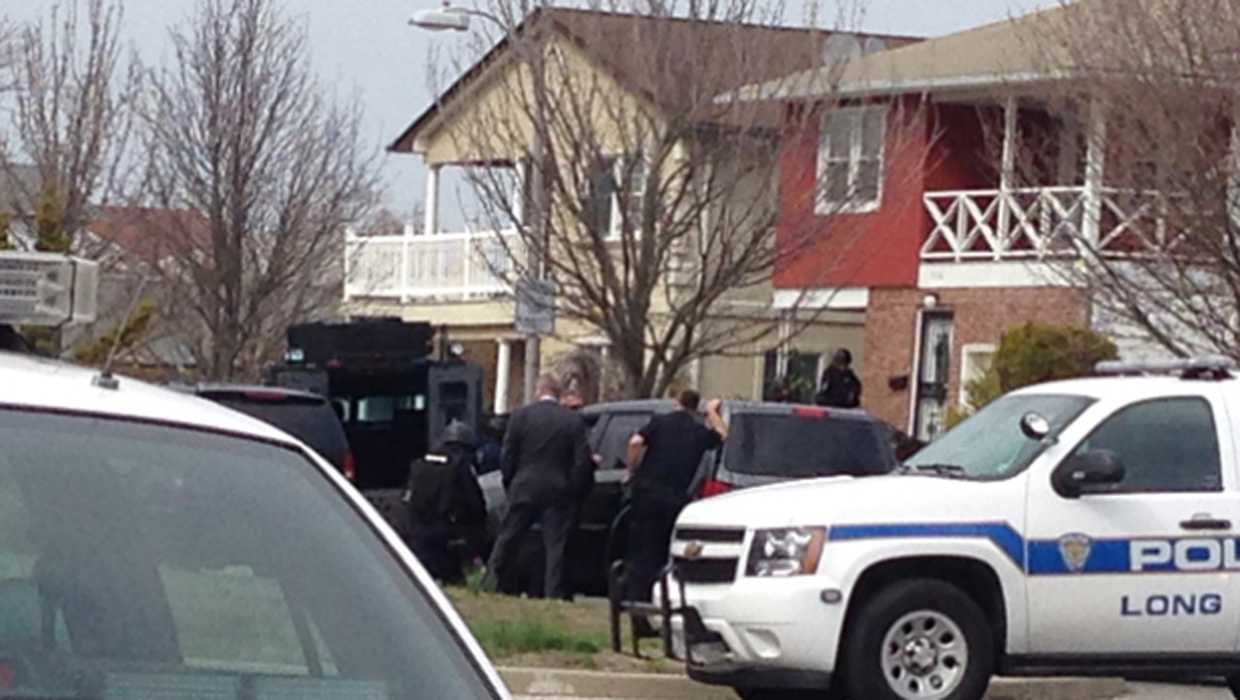 LONG BEACH, N.Y. - The FBI is joining an investigation into a hoax call that sent SWAT teams to a home on Long Island.

Long Beach Police Commissioner Michael Tangney said more than 60 heavily armed officers went to the home Tuesday after police received a call that someone killed his mother and brother there.

Officers from several departments as well as SWAT teams and hostage negotiators responded to the scene, but when police entered the home, they found everyone inside safe and unharmed.

Police said the caller may have been playing the online video game "Call of Duty" against a 17-year-old at the house. Tangney said the call may have been part of a phenomenon known as "Swatting," in which gamers get more points depending on the level of police response to their hoax.

"They see what they can do about getting the police response, helicopters, et cetera," Long Beach Police Lt. Edward Ryan told CBS New York. "While the gamers may be playing in a world of fantasy, we deal with nothing but hardcore reality. We take it very seriously. There was no way to know that if, in fact, it was any kind of a hoax."

"Incidents like this are a dangerous and outrageous waste of law enforcement resources and taxpayer dollars," she said. "Through a collaboration with our law enforcement partners, we will use every tool we have to track down whoever threatens public safety like this. 'Swatting' is a serious crime that endangers first responders and those in legitimate need of their help."

Authorities are searching for the person who placed the call and Tangney said the teen whose house was targeted has been cooperating with the investigation.

"He has given us some property that we are using to solve the crime and he couldn't be more helpful," Tangney told CBS New York. He said the caller, who could be anywhere in the world, used Skype to phone in the bogus report to police.

"We don't know who the fictitious caller is, but we do have names of the people that our victim was playing with," Tangney said.