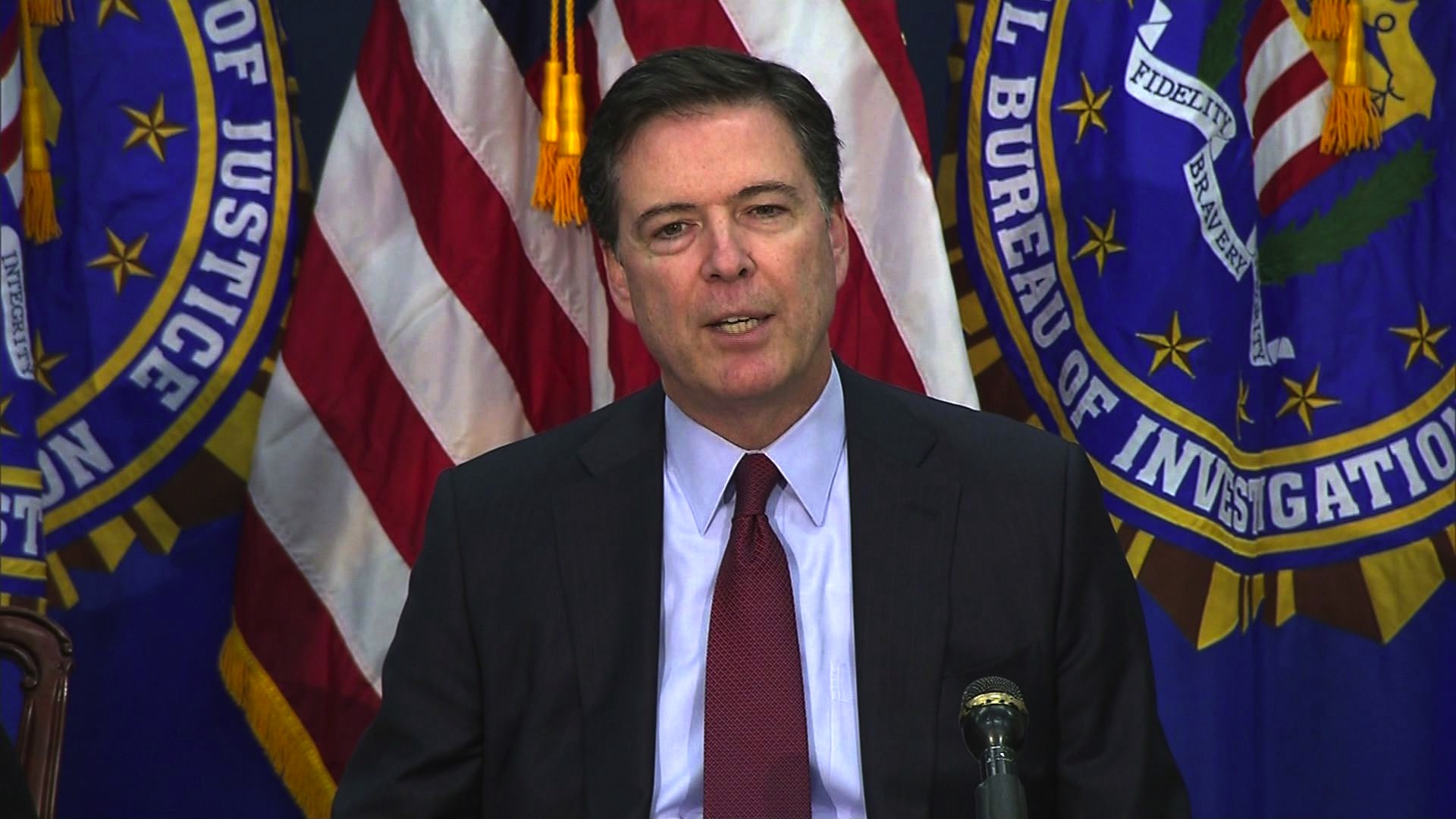 FBI Director James Comey on Friday said the investigation into Wednesday's shooting in San Bernardino indicates that the two shooters were radicalized and might have been inspired by terrorist groups overseas.

"The investigation so far has indicated radicalization by the killers and of a potential inspiration by foreign terrorist organizations," Comey told reporters at a joint briefing at FBI headquarters in Washington with Attorney General Loretta Lynch.

Comey repeated what an FBI official in California said Friday -- that the FBI has taken the lead and it's a "federal terrorism investigation." The shooting left 14 people dead and 21 wounded.

Officials are now combing through a "very large volume of electronic evidence" that the shooters, Syed Rizwan Farook and Tashfeen Malik, tried to hide from law enforcement, Comey said. He told reporters that the FBI is likely going to be able to get electronic evidence off of the phones, which had been smashed.

Comey said the suspects never came up on the radar screens of intelligence officials, which "doesn't make sense" to agencies like the FBI that track this.

"We know that this is very unsettling for the people of the United States," Comey said, but he said he hopes Americans don't let the fear "become disabling."

"If you see something that doesn't make sense, you say something to somebody," he added. It is reasonably likely, Comey told reporters, that people did not report things they should have in this case.

Comey's remarks come just after the David Bowdich, assistant director of the FBI's Los Angeles office, announced that the agency was investigating the shooting as an act of terrorism.