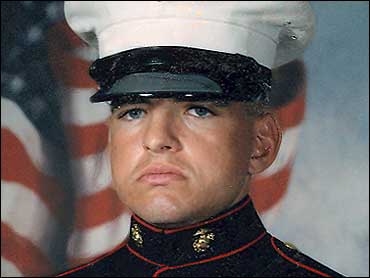 In an effort to keep up with suspected criminals in this Cyber Age, the Federal Bureau of Investigation has found the need to move beyond mere telephone wiretaps.

Now the FBI has found a way to tap into people's e-mail messages. With more than one billion e-mails sent and received by computer users each day, the problem for agents has been how to zero in on meaningful evidence.

CBS News Correspondent Jim Stewart reports the bureau went before Congress Monday to explain and defend what it believes is the answer— a software program called "Carnivore."

Essentially, Carnivore is like a wiretap on the Web. Physically it's nothing more than a small computer the FBI can lock inside the switching room of an Internet service provider, say, America On Line. But instead of reading every AOL customer's e-mail, it is designed to zero in and record just the messages sent to and from one particular e-mail address.

Donald Kerr, Director of the Lab Division at the FBI told Congress the bureau is not abusing the system. "We don't do broad searches or surveillance with this system. That's not authorized by a court order, and in my view, could not be."

But critics were a little leery. Alan Davidson of the Center for Democracy and Technology also testified.

"Carnivore has access to much more information than it is legally entitled to collect. How do we know that we can trust Carnivore? How do we know what kind of leash has been put on Carnivore?"

The reason for the skepticism is that wiretapping the Internet is different from wiretapping a telephone.

If the FBI wants to tap your phone, it gets a court order and the phone company makes the appropriate connection for investigators.

If the FBI wants to bug your Internet address, it gets a court order and then its own agents can install the tap themselves.

They've done it 16 times so far this year—mostly against Internet hackers.

But with the potential list of suspects and their crimes growing, according to agents, the desire to increase the use of Carnivore may also grow.

Four years from now the number of commercial e-mail messages alone is expected to top 200 billion a year.

"This is a tool that is deployed rarely and it is never deployed without a court order," Parkinson testified.

One ACLU official claimed the program represents a serious threat to the privacy of all Americans.

In response to critics who worry that Carnivore infringes on the rights of innocent people who are not under investigation, the Justice Department says it will have an independent study of the software conducted to insure that it is not picking up the e-mail of citizens other than the ones leally targeted by the bureau.

Cyber snooping is an issue before the government in Britain as well.

In LondonCBS News Correspondent Kimberly Dozier reports an act is before Parliament that would allow the government to receive copies of every e-mail sent in Britain and would give law enforcement agencies the right to demand access to encrypted material sent by suspected criminals.

The legislation is expected to pass Parliament this week.