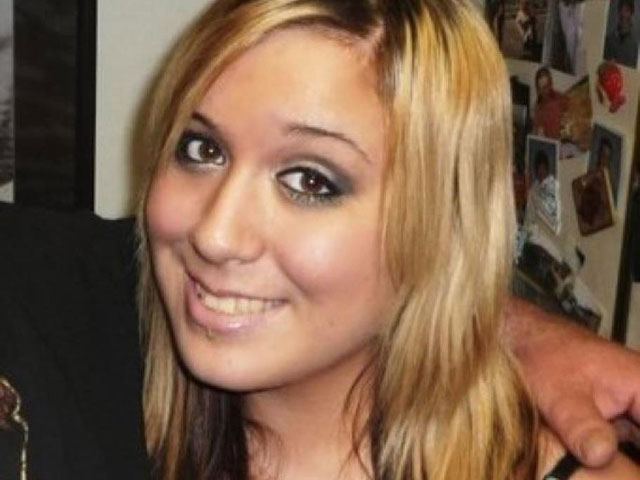 (CBS/AP) ANCHORAGE, Alaska. - The father of 18-year-old Samantha Koenig, who police say was abducted at gunpoint from her espresso stand says the reward for information that leads to her safe return has grown to $41,000. James Koenig had originally been offering a $12,500 reward.

The Anchorage Daily News reports Samantha Koenig disappeared Wednesday evening near the end of her shift at the Common Ground Coffee shack. Surveillance video captured a man wearing a dark hooded sweatshirt somehow getting into the coffee stand, police say. He appears to be armed and it seems he forces Koenig to leave with him on foot, heading east.

ABC news reports all of the coffee stand's cash was also missing.

Police have not released the video, which is causing frustration for concerned Anchorage residents who want help finding the young woman. However, police say releasing it wouldn't help solve the case.

"If his face was shown, don't you think that would have been the first thing out of our mouths? 'Look at this video! Who is this man?' " Lt. Dave Parker, a police spokesman, said.

"We do see the victim in the video, acting and reacting, and that was what led us to realize that this was a kidnapping as opposed to simply a missing person," he said.

Detectives were working leads on Sunday, he said. But police lost valuable time early on. The coffee stand reported Koenig as missing around noon of the next day. By the time police suspected an abduction, snow had covered up tracks and scents, Parker said.

On Sunday, her father said the reward fund for information that leads to her safe return had reached $41,000 and was continuing to increase because of friends rounding up donations deposited in collection buckets placed around town.

"It's growing every minute," Koenig said. "Family, friends, unknown, anonymous. It's coming from all over the United States."

At least two dozen detectives are working to sort through leads in the case, according to local media reports.

Police and volunteers are currently braving sub-freezing temperatures to search for the young woman.

"Please send my daughter home. I will give you anything in this world," said James Koenig.