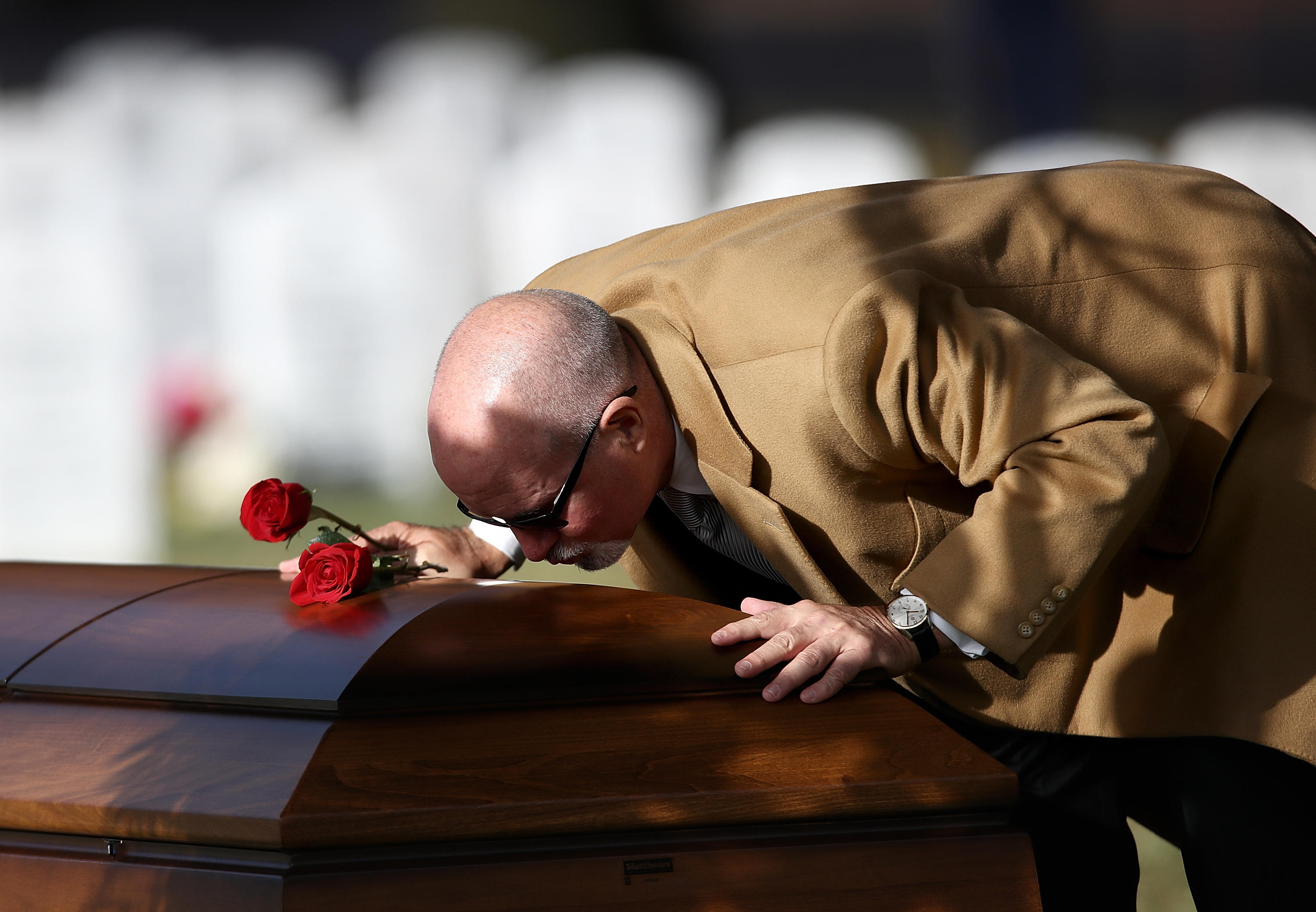 HUNTINGTON BEACH, Calif. -- The father of a soldier killed in Jordan is demanding answers from the Trump administration ahead of a meeting Wednesday between President Trump and Jordanian King Abdullah II.

Staff Sgt. Kevin McEnroe was one of three Green Berets gunned down last November in Jordan while on a mission to train Syrian rebels. Several American vehicles were stopped at the gate of an air base when a Jordanian guard opened fire in an apparent terrorist attack.

Jordanian officials originally blamed the Americans for failing to stop at the gate, but the U.S. embassy said at the time that there was “absolutely no credible evidence” the soldiers failed to follow proper procedures.

CBS Los Angeles reports McEnroe wrote a letter to Mr. Trump on Facebook, asking the president to cut off more than $1 billion in annual aide to Jordan, a close U.S. ally.

“We ask that you reconsider our relationship and aide to an ally who murders our soldiers and then lies about it,” McEnroe wrote.

The suspect in the shooting told the FBI that he thought he heard gunshots and returned fire. McEnroe said the families of the fallen soldiers were shown security footage that makes clear no shots were fired until the guard pulled the trigger.

“They didn’t know they were under attack. This guy was standing behind essentially a camouflaged curtain when they drove by at three miles an hour and he opened up on them,” McEnroe said. “When he was shooting at them, they were hollering at him in Arabic and English, ‘We’re Americans, we are friends, don’t shoot.’”

The father of Staff Sgt. James Moriarty, who also died in the attack, spoke out against the Jordanian government shortly after the attack.

“They owe us an explanation. Who was it that murdered my son and why?” Jim Moriarty told CBS News in November.