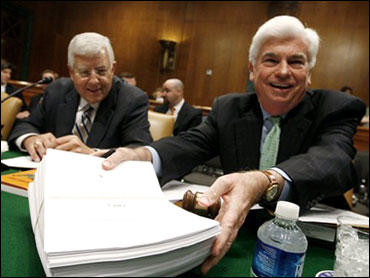 The last of the children who went away to camp this summer to lose weight are returning home, where the odds are that they will regain whatever they lost.

Experts in childhood obesity say the fat fight is won or lost with the child's parents, not counselors.

If you think the camp is going to solve the problem - the child will at long last lose weight and keep it that way - you can forget it," said Dr. Oded Bar-Or, director of the Children's Exercise and Nutrition Center, affiliated with McMaster University in Hamilton, Ontario.

Something must be done about the increasing number of children with weight problems, but fat camp probably isn't it, Bar-Or and other experts said.

According to the Centers for Disease Control and Prevention, America is facing an unprecedented epidemic of childhood obesity. And with the weight comes a greater chance of contracting diabetes as well as risk factors for heart disease.

Getting kids to play more and eat better could fight the weight gains, and going to camp can do both. So the experts have nothing against camp. "Fat camp can be a nice jump start," said Keith Ayoob, an associate professor of pediatrics at Albert Einstein College of Medicine in New York City, and a spokesman for the American Dietetic Association.

"Exercise is very, very key," Ayoob said. At camp, kids try sports that are different from the ones they see in school - sports they don't play particularly well, he said.

But camp doesn't solve a weight problem, Bar-Or said. "In the camp, they are away from all those things that made them obese, but they cannot stay in camp for life," he said.

Parents must pick up where camp leaves off, by changing the lifestyle of the whole family - parents included, Ayoob said.

"While the kids are away, the family should say, 'We need to get started so we have the mechanics in place,"' Ayoob said. "How willing are you as parents to make gradual changes in eating style and physical activity?"

The activity has to fit the family. A child who went away to camp may have gone hiking or horseback riding, but children returning to cities and suburbs can't keep that up. Instead, families could ease into their own activities, by walking instead of driving to errands and starting regular walking programs, Ayoob said.

"If you involve at least one parent, and the more you involve them, the more chance the child will achieve a healthy weight," said Melinda Sothern, director of the Laboratory for the Prevention of Childhood Obesity at the Pennington Biomedical Research Center of Louisiana State University.

"Change one habit every month," Ayoob said. "Instead of snacking on cookies and chips, three days a week we snack on fresh fruit."

Without those changes, camp can backfire because weight lost can bounce back. "Yo-yo weight change is a well-known phenomenon," Bar-Or said. "You gain, and after you gain it is harder to lose, so you lose a little less the next time. It's a zigzag that keeps going up. And this is what some camps can cause, with all due respect."

Although camp counselors say their campers keep off weight they lost, there's no published research to prove it, Sothern said. "They may learn some concepts, but there is no research to support that even happens," she said.

A doctor at one camp said he can document improvements, and has submitted his results for publication in a journal. The average camper had kept off 9 pounds after six months, as measured by a school nurse or a doctor's office, said Steven Masley, medical director of the Pritikin Longevity Center, a health center and spa in Aventura, Fla.

However, the Pritikin plan requires dedication. Its restrictions on protein and its reliance on minimally processed foods such as raw or steamed vegetables make the program sharply different from the ordinary American diet.