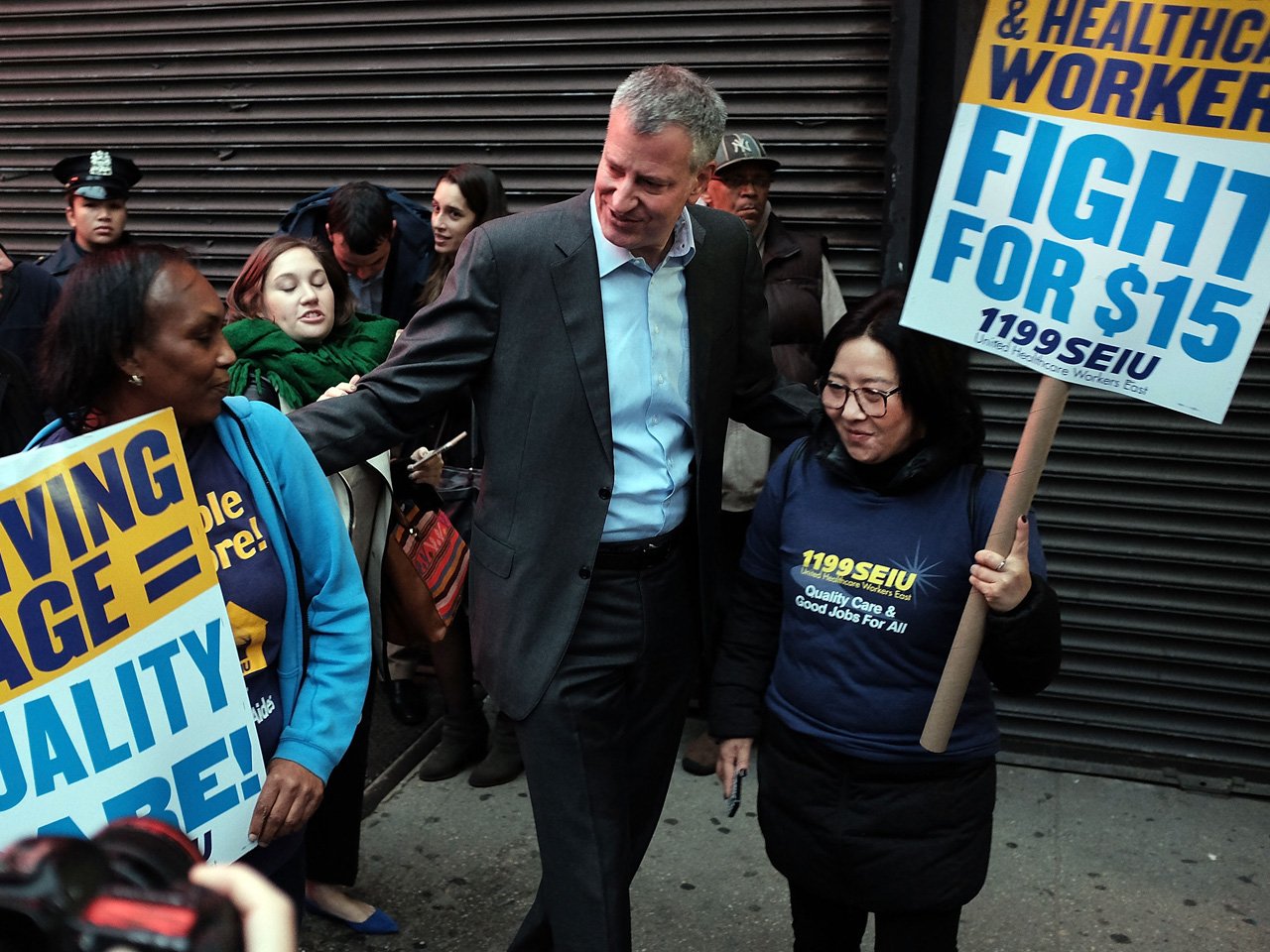 Billed as the largest rally to date, there are 270 demonstrations scheduled nationwide. Workers have gone on strike nationwide repeatedly in the last few years demanding higher pay. According to organizers, more than 60 million Americans are paid less than $15 per hour.

In New York City, rallies are being held in Harlem, the Financial District and Brooklyn in support of efforts to raise the minimum wage to $15 an hour, reports CBS New York.

In Los Angeles, the local protests are organized by Service Employees International Union, and include fast-food, home-care and child-care workers, along with other "underpaid" employees, reports CBS Los Angeles.

"Is this the America we believe in? When someone works all day long and they still can't get by," New York City Mayor Bill de Blasio said during an early-morning rally in Downtown Brooklyn. "Does anyone believe that it's easy to get by in New York City on less than $15 an hour?"

Critics say a $15 minimum wage would obliterate opportunity and usher in higher taxes, but de Blasio said the opposite is true -- with more money to spend, low wage workers contribute more to the economy.

"Every time there is a minimum wage increase proposed we hear it's going to cost jobs and set back the economy. What happens in the end? The opposite," de Blasio said. "It actually improves the economy, it strengthens the economy, increases employment. Why? Because you need money in the economy for it to be strong."

A year from the presidential elections, demonstrators are hoping that presidential candidates will recognize the 16 million Americans who make less than $15 an hour as key voting block.

"We need a living wage," said fast food worker Jorel Ware. "We want to be able to take care of our families."

With grandchildren to care for, Sabrina Montaleb is trying to get buy on $10 as a home help aide.

"You do have to make choices," she said. "You have to have a roof over your head, and if you need to go to the doctor, you got to make that co-payment or whatever."

But while some say $15 is a minimum needed to survive, some business owners say dishing out more pay would leave them struggling to keep their doors open.

Earlier this year, the Cuomo administration approved a plan to gradually raise the minimum wage to $15 for workers at large fast-food chain restaurants in New York.

Cuomo also announced he will push for raising the wage for all workers to the same level over several years. Currently in New York, the minimum wage is $8.75 and is set to rise to $9 at year's end.