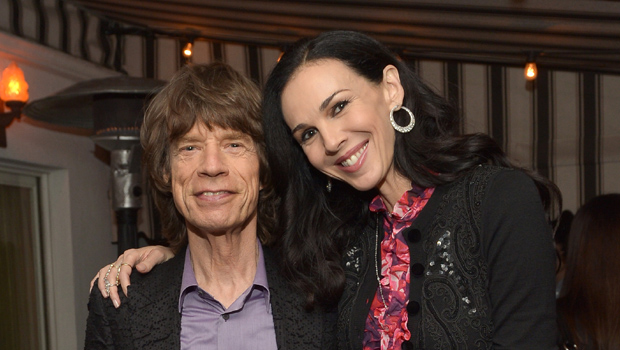 L'Wren Scott, a fashion designer and longtime girlfriend of singer Mick Jagger, was found dead in New York City Monday morning, the AP and other news organizations reported. She was 49.

New York City police confirm that a 49-year-old woman was found dead at her apartment in West Chelsea, but would not confirm the name pending contact with family.

Although the medical examiner has not confirmed the cause of death, police said the death appeared to be a suicide.

A law enforcement official told the AP that Scott's assistant found her hanging from a doorknob. No note was found and there was no sign of foul play.

The BBC reports, in a statement from Jagger's spokesperson, that the Rolling Stone front man was "completely shocked and devastated" by her death.

Scott, a former model-turned-stylist, launched her own clothing line in 2006, and has designed exclusive collections for Barney's and Banana Republic. She has dressed such red carpet regulars as Penelope Cruz, Christina Hendricks, Angelina Jolie, Nicole Kidman and Sarah Jessica Parker.

The 6'4" Scott, who was the adopted daughter of a Mormon couple in Utah, was discovered by photographer Bruce Weber, who encouraged her to pursue a modeling career in Paris. Scott later moved to Los Angeles, where she became a stylist for such noted photographers as Herb Ritts. She met Jagger on a photo shoot in 2001.

Scott designed costumes for the 2008 Rolling Stones-Martin Scorsese performance film, "Shine a Light," and also the films "Diabolique," starring Sharon Stone, and "Mercy," with Ellen Barkin. She was also a consultant on "Oceans Thirteen."

Makeup artist Bobbi Brown, who collaborated with Scott on a cosmetics line, wrote on her Facebook page, "I am devastated by the tragic news about L'Wren. She was a visionary designer who I very much enjoyed working with, but she was also smart and kind. My thoughts and heartfelt condolences go out to her loved ones during this very sad time."