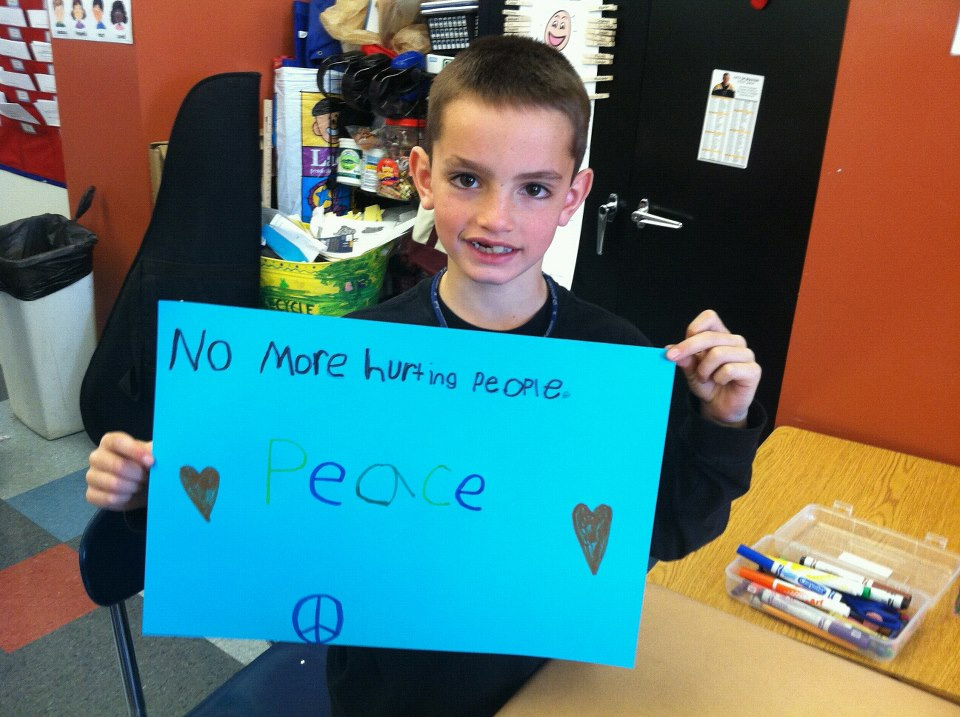 A private funeral Mass was held in the morning, followed by his burial, the family said in a statement. Only immediate family members attended.

"We laid our son Martin to rest, and he is now at peace," the family said, according to CBS Boston.

"The outpouring of love and support over the last week has been tremendous. This has been the most difficult week of our lives and we appreciate that our friends and family have given us space to grieve and heal."

The family, from Boston's Dorchester neighborhood, said it would hold a public memorial service in the coming weeks to celebrate Martin's life.

Three people, including Richard, were killed when two bombs went off nearby the finish line of the Boston Marathon last Monday. At least 282 were injured, including Martin's mother and sister.

The Boston Children's Hospital said Monday night they were still treating a 7-year-old girl in critical condition, but declined to identify her.

Krystle Campbell, 29, of Medford, and Lu Lingzi, a 23-year-old Boston University graduate student from China, also died in the attack. On Monday, Campbell's funeral was at St. Joseph Church in Medford, Mass., and a memorial for Lu took place on Boston University's campus hours later.

A funeral was also held Tuesday for the college police officers authorities say was shot by the suspects.

On Wednesday, MIT will hold a memorial service for Collier. Vice President Joe Biden is scheduled to attend.

MIT students and thousands of law enforcement officers also are expected to attend, but the university says the event isn't open to the public.